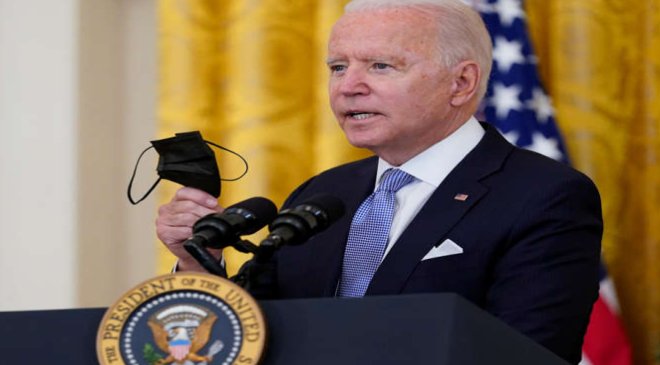 But even though it’s been our nation’s most successful retirement program for more than eight decades, Social Security finds itself in some pretty serious financial trouble. According to the 2022 Social Security Board of Trustees Report, the program is facing a jaw-dropping $20.4 trillion cash shortfall over the next 75 years.  While this doesn’t mean Social Security is insolvent — the program, thankfully, can’t go bankrupt as long as Americans continue working — it does portend the growing likelihood of steep benefit cuts on the not-too-distant horizon if nothing changes.

Social Security needs to be “fixed” so it can thrive for many more generations, and that means making the hard decision to collect more revenue, cut benefits, or enact some combination of the two.

While most lawmakers have shied away from directly calling for Social Security benefits to be cut, President Joe Biden has previously done so on two separate occasions.

Speaking in a very broad sense, Biden’s political party (Democrat) prefers to raise additional revenue for Social Security by increasing the payroll tax paid by high-earning workers. But every once in a while, we see prominent lawmakers break with their party on key issues, which is exactly what happened when Joe Biden was a presidential candidate for the 2008 ticket.

In September 2007, Biden released a plan that was, among other things, designed to shore up Social Security. Keep in mind that lawmakers have known since the 1985 Board of Trustees Report that Social Security wasn’t on track to bring in enough revenue over the next 75 years to cover its projected payouts. Although this plan called for an increase to the maximum taxable earnings cap on high earners, Biden was also open to discussing bipartisan options, such as raising the full retirement age.

In May 2018, nearly a full year before declaring his candidacy for president, Biden advocated for benefits means-testing while speaking at a Brookings Institution event. Said Biden:

While Biden’s remarks primarily emphasize the need to progressively increase payroll taxation on high earners, they also alluded to the idea of means-testing for benefits.

Means-testing would involve partially or fully removing Social Security payouts to eligible recipients based on predefined annual income thresholds. In other words, it would ensure that individuals and couples who don’t need Social Security benefits to live comfortably would receive a reduced payout, or perhaps none at all. Even though this would only affect a small percentage of beneficiaries, it’s nevertheless a call for benefits to be cut.

The thing about our elected officials is that their views on policy tend to change over time. That’s the case with President Biden, whose four-point plan to strengthen Social Security — this plan was laid out during his campaign — makes no mention of reducing or cutting Social Security benefits.

While these proposals have the potential to strengthen Social Security, Biden’s plan doesn’t have anywhere near the number of votes (60) that would be needed to amend Social Security in the Senate.

The conundrum of Social Security reform is that both of America’s political parties have a working solution, which means neither is willing to cede an inch and find common ground with their opposition. Without cooperation on Capitol Hill and from the Oval Office, Social Security appears destined to spiral toward what could be a sizable benefit cut in as little as 12 years.