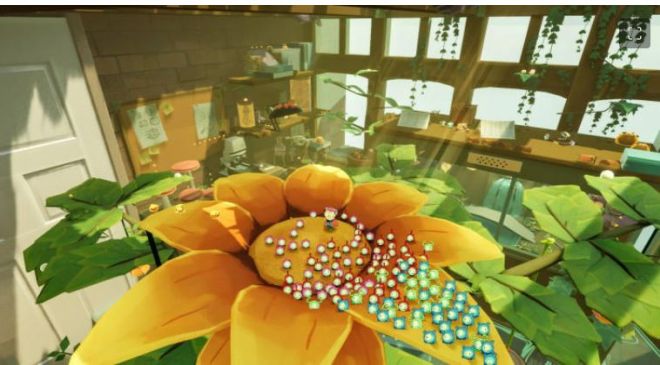 September’s Nintendo Direct was filled with exciting announcements (especially if you’re an RPG fan), but one left-field surprise especially caught players’ attention: Pikmin 4 is officially in the works and it’s coming out in 2023. It’s a cause for celebration considering that Pikmin 3, the series’ last mainline entry, came out in 2013.

While the light is at the end of the tunnel for fans of the series, there’s still a ways to go before we get there. The game doesn’t have a firm release date, and Nintendo didn’t show any gameplay of it, making it seem like it could be slated for late 2023 — a slot that would make the possibility of a 2024 delay realistic.

The good news is that you don’t have to wait to play an excellent game about controlling an army of cute little creatures. Tinykin, a recently released indie that draws inspiration from the Pikmin series, is one of 2022’s best games. If you can’t wait for Pikmin 4, you need to give it a try.

Tinykin is a third-person puzzle-platformer developed by Splashteam. Within moments of booting it up, the similarities between it and Pikmin are clear. It stars a space explorer named Milo who comes to Earth, only to discover that he’s a minuscule pipsqueak in a Honey, I Shrunk the Kids-sized world. He quickly stumbles into a tiny one-eyed creature who begins following him around. Sound familiar?

Like Pikmin, Tinykin is about assembling a small army of creatures and tossing them at objectives. The only major difference is that there’s no combat. Players won’t send their pals off to their death by throwing them into battles or accidentally drowning them. The gameplay is more built around puzzle-solving and exploration, as Milo makes his way through different rooms of a house. It’s a less-stressful experience that makes Tinykin an even more family-friendly game than Nintendo offers.

I love the way Tinykin streamlines some of Pikmin’s more complicated strategy aspects. Rather than accumulating and managing an ever-growing army, there’s a set amount of Tinykin to discover in each level. Critters won’t follow Milo between rooms, so each level has him starting from scratch as he builds up his ranks. Imagine a whole game that compresses the entire loop of a full Pikmin game into hour-long levels. That gives each level a more natural sense of progression that’s less dependent on creature management and easier on my little brain.

Critter types play into that more immediately rewarding hook. Much like Pikmin, a Tinykin’s color determines its special ability. Pink ones can carry objects, while red ones act like bombs that can blow up blocked passages and boxes. As Milo’s army grows, so does his ability to explore the world. Green Tinykin, for instance, stack up like a ladder that he can climb. While he begins each level as a tiny and useless explorer staring up at skyscraper-sized furniture, Milo slowly gains the ability to scale any object so long as he has enough green pals to boost him. There’s an incredible satisfaction that comes from walking into a gigantic kitchen with cabinets seeming impossibly high up and finding yourself standing on top of one within an hour.

That’s a testament to the level design too, which is the game’s real strength. Splashteam made a creative set of levels that turn every basic room in a house into a giant platforming playground. A child’s bedroom, filled with toys, becomes a densely packed amusement park. Milo and his pals explore toy castles, fix a race car track, scale a dragon hanging from the ceiling, and blow up plastic asteroids all in the same level — and that barely scratches the surface of that one location. The sense of scale and verticality on display is incredible, making the most mundane spaces feel as bustling as an open-world city.

There are lots of ideas present in Tinykin that I hope to see reflected in Pikmin 4 come 2023. The puzzle elements are more intuitive, creatures are easier to manage, and the general perspective creates some awe-inspiring moments. Considering that Pikmin 4 will let players experience the world from the view of a Pikmin, I’m hoping that last point carries over especially. Tinykin isn’t just a little appetizer before Nintendo’s much bigger offering next year; it’s so good it might spoil your dinner come 2023.