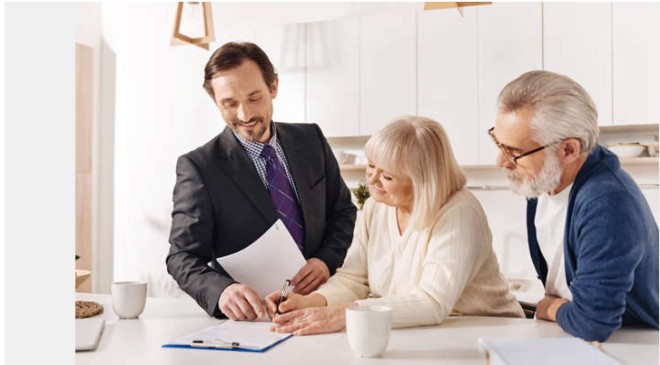 It’s no secret that Social Security is in dire need of reform. Inflation has become a particularly relevant issue for retirees of late, as the rising cost of food, energy, and medical care has eaten away at the buying power of benefits this year. But the problem actually started long ago. In fact, cost-of-living adjustments (COLAs) have failed to keep pace with inflation for the last two decades.

At the same time, seniors represent a larger portion of the population each year because birth rates have been in decline for decades. That trend is not sustainable. In fact, the Social Security Administration (SSA) says taxes will only cover 80% of scheduled benefits by 2035.

President Joe Biden addressed those issues during his campaign, and federal lawmakers have introduced legislation aimed at tackling the problems. Here’s what you should know.

A better way to measure inflation

COLAs are supposed to protect the buying power of Social Security benefits by ensuring the payout rises at the same rate as inflation. Currently, the Social Security Administration uses the Consumer Price Index for Urban Wage Earners and Clerical Workers (CPI-W) to approximate inflation and calculate COLAs. But there is a big problem with that strategy.

CPI-W is based on purchases made by hourly wage earners and office workers, but the spending patterns of those individuals can differ dramatically from the spending patterns of retirees and seniors. For instance, individuals in the workforce are more likely to spend money on apparel, education, and consumer electronics, while retirees and seniors will probably spend more on household energy and medical care.

How big is the impact? Social Security benefits have increased 64% due to COLAs since 2000, but the expenses of a typical senior have grown more than twice as fast. As a result, Social Security has lost 40% of its buying power over that time period, according to The Senior Citizens League.

President Biden and many experts believe they have an answer: The Consumer Price Index for the Elderly (CPI-E) should be used to calculate Social Security COLAs. CPI-E is based on purchases made by individuals 62 years of age and older, so it more accurately tracks the spending patterns of seniors. In fact, the average senior would have received nearly $14,000 more in benefits over the past 30 years if COLAs had been based on the CPI-E, according to The Senior Citizens League.

To that end, several pieces of legislation that aim to revise the way COLAs are calculated have been brought before Congress, including the CPI-E Act of 2017 and the Social Security Expansion Act. But no changes have yet been made.

A higher threshold for taxable income

The amount of income subject to Social Security tax increases each year based on the national average wage index. For instance, the 12.4% payroll tax will be applied to earnings up to $147,000 this year, while any earnings that exceed that limit will not be taxed. Many government officials believe that threshold is too low.

For instance, President Biden would extend the 12.4% payroll tax to earnings above $400,000 as well. In theory, that would fix the solvency issues that threaten the Social Security program, ensuring that full benefits can be paid out in 2035 and beyond. But some government officials are seeking more aggressive changes. Rep. Peter DeFazio (D-Ore.) and Sen. Bernie Sanders (I-Vt.) introduced the Social Security Expansion Act earlier this year. Among other changes, that piece of legislation would apply the 12.4% payroll tax to all earnings above $250,000.

Should seniors be worried? No. The Social Security program will have enough money to fund full benefits for many years, meaning there is plenty of time for lawmakers to find a solution. That said, future retirees should do what they can to minimize their dependence on Social Security. That means understanding the basics of the program, knowing how much money it takes to retire, and having other retirement plans in place.