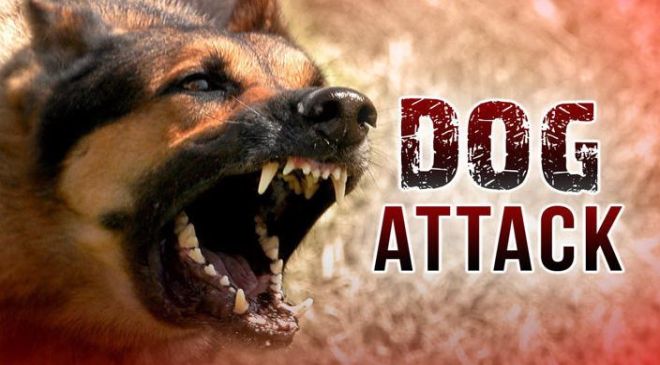 HUNTSVILLE, Ala. (WAFF) – Gavin Peoples sustained over 30 lacerations from a pack of five dogs that attacked him after he was riding his bike down County Road 582 in Lawrence County Saturday.

It resulted in Gavin having to undergo a four hour surgery. His mother, Stephanie Overton says he’s running a low-grade fever while doctors try to manage his pain.

“From what we understand it was through the muscle, almost to bone, on the left bicep, the left thigh, and the left calf,” she said. “And then he has a large wound to the back of his left shoulder.”

Stephanie says the people who own the dogs have never felt the need to keep their dogs restrained. She says one of the co-owners released the dogs while she was away from the home.

“We’ve complained numerous times about them coming at our kids when they’re riding bikes,” she continued. “One of them had actually grabbed my daughter’s bike and nearly missed her foot at one point. And we’ve told them but nothing was ever done.”

James Champion is the man who potentially saved Gavin’s life, freeing him from the pack and tending to him before first responders arrived. Now, Stephanie doesn’t know how she could ever repay him.

“I just can’t thank James enough for being there. I was just telling him I wish there was something we could do to tell him thank you. Because had it not been for him, I might not have Gavin still.”

The dogs involved in the attack were euthanized on the scene. We’ll continue to bring you updates on Gavin’s recovery and if charges are filed.