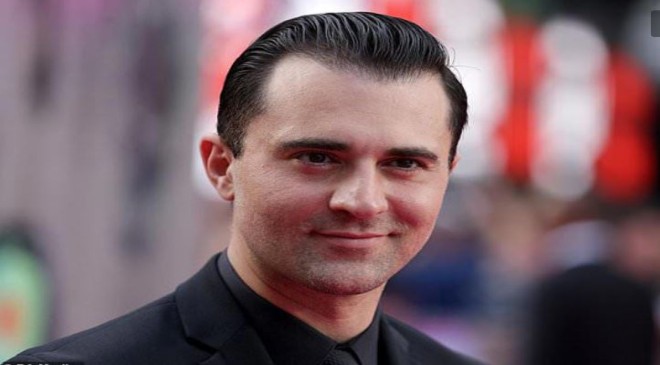 Darius Campbell Danesh died from inhaling anesthetic drug ethyl chloride in an incident that has been ruled an accident, a medical examiner ruled.

The West End star was found unresponsive in a US apartment opposite the Mayo Clinic specialist treatment centre on August 11.

His death, at the age of 41, was announced by his family, who were originally told they could wait up to an agonising two months to learn the cause of death.

Autopsy documents listed ‘toxic effects of chloroethane’ as well as ‘suffocation’ as having contributed to his death, the Southern Minnesota Regional Medical Examiner’s Office has confirmed.

The death was ruled an accident by the medical examiner.

A statement released by Campbell Danesh’s family previously said local police had found ‘no signs of intent or suspicious circumstances’.

The Scottish singer-songwriter and actor – who was known as Darius Danesh when he made his first bid for fame in ITV show Popstars in 2001 – also appeared on the first Pop Idol, which was won by Will Young.

After Pop Idol, Campbell Danesh turned down Simon Cowell’s offer of a record deal and signed with producer Steve Lillywhite, whose credits include U2 and the Rolling Stones.

Fellow Pop Idol contestants Will Young and Gareth Gates paid tribute to the singer after his death was announced, describing him as ‘driven, courageous and gentle’.

In a heartfelt tribute, Young, 43, wrote: ‘For the past few days my thoughts have been with Darius’s family and will continue to be so.

‘I found this picture a while ago taken during Pop Idol. If there was ever an example of not giving up on your dreams then Darius is top of the pile.

‘Driven, courageous and gentle. My love goes to his family at this time x’

Gates said Campbell Danesh had taken him ‘under his wing’ during their time on the show and had been ‘like a big brother, always looking out for me’.

‘I will miss our chats. He was one of the most beautiful, intelligent and gentle souls I was lucky enough to know, a soul that lit up every room,’ he said in his own tribute.

The pair were close friends and were pictured together in Malibu shortly before the singer’s death.

In his own tribute to Campbell Danesh, Butler wrote that he had a ‘barely containable zest for life’ and the ‘heart of a lion’.

‘To those lucky enough to have met Darius for more than a few minutes, they were deeply moved by his infectious laugh and barely containable zest for life,’ he wrote.

‘He was always armed with a smile, a booming voice, and a genuinely warm embrace that few could resist-nor would they want to!

‘He was an incredible talent, a singer whose voice touched your soul and an actor with great presence.

‘But, most importantly, he had the heart of a lion. It was bigger and brighter than the sun and an energy so contagious he could light up a room in seconds.’

Butler, 52, who is best known for films such as 300, Law Abiding Citizen and Olympus Has Fallen and its sequels, added that his friend was driven to ‘inspire others to better themselves’.

Campbell Danesh’s debut single, Colourblind, was released in July 2002 and went straight to number one, marking the start of a run of top 10 releases.

Campbell Danesh’s family said in a statement he was ‘found unresponsive in bed in his apartment room in Rochester, Minnesota, on August 11 and was pronounced dead in the afternoon by the local medical examiners’ office’.