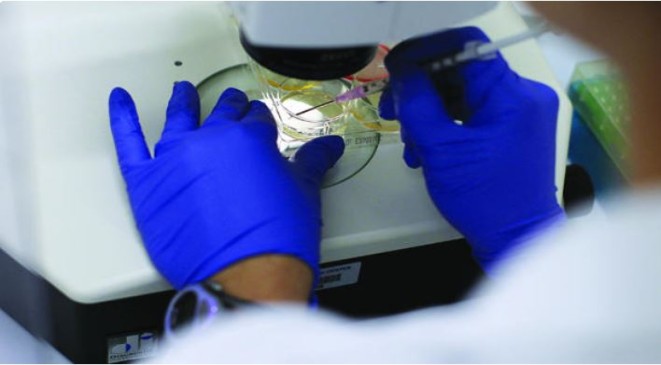 Innovative small businesses are engines of economic growth. Without a steady churn of young companies to displace old and hidebound incumbents, fewer new ideas and technologies would come to market and America’s national competitiveness would suffer.

The federal government plays an important role in ensuring startups beat the odds against their more established competitors, yet one look at America’s declining rates of business dynamism suggests something has gone terribly wrong.

The corruption of the Small Business Innovation Research (SBIR) program is a case in point. Marketed as “America’s Seed Fund,” SBIR is considered America’s flagship program for helping innovative startups get off the ground. Since its establishment in 1982, SBIR has distributed over $40 billion dollars through competitive awards and contracts to young companies engaged in early-stage research and development, helping to commercialize new technologies while meeting specific federal R&D needs.

On paper, SBIR seems like a hit. Oft-touted success stories include Qualcomm, Symantec, Biogen, and Genentech — global giants that all got their start as SBIR awardees. What’s more, the program does not add significantly to the federal budget. Instead of needing dedicated funding, federal agencies with an R&D budget of $100 million or more are required to set aside 3.2 percent of their existing funds to support the program.

In practice, however, SBIR has quietly become an epicenter of misuse. As the program approaches its 40th anniversary, funding intended for entrepreneurs is increasingly funneled to firms that don’t intend to produce commercial products. Instead, grants are dominated by so-called “SBIR mills” — businesses that only exist to submit hundreds of award applications to bring in short-term revenue but which go nowhere by design.

The rate of misuse is staggering. Despite accounting for less than one percent of all SBIR companies, a 2020 analysis from the State Science & Technology Institute found potential mills captured over 21 percent of all awards made between 2009 to 2019. The worst offenders tend to cluster near established research hubs such as Boston, where SBIR grant writing functions as a kind of make-work program for a reserve army of underpaid post docs. Other mills are located suspiciously close to the federal agencies with which they contract, allowing the agency to get around their mandated set-aside.

Consider the Department of Defense, which distributes just under half of all SBIR dollars in a typical year. As startup founder, Ben Van Roo, recently noted, the top 20 SBIR mills have received $7.4 billion in Department of Defense funding to date, of which $3.4 billion went to Phase I/II contracts for what is likely dead end research. The top five SBIR mills on their own consume over $100 million annually. “The success rate of these investments is hard to track,” writes Van Roo, “but all indicators say it is abysmal.”

The SBIR program is scheduled to expire at the end of September. The mills are an open secret in Congress, but lawmakers have yet to agree on a set of solutions. Fortunately, there’s a simple solution to the problem: a set cap on a company’s annual or all-time number of awards. After all, the SBIR program was created to help new and innovative companies enter the market. It makes little sense then to award contracts to the same companies every year. With a hard cap on awards, SBIR mills would become untenable, restoring the program’s mission as a springboard for innovative small businesses.

Maintaining technological leadership is central to our national security and where DoD investments have historically proven pivotal. It’s also why China invests so heavily in applied research and commercialization over basic science — the very areas where the SBIR program should theoretically excel. But with hundreds of millions of dollars at stake for powerful special interests, America’s primary security risk is not in being outspent, but in the endemic bureaucratic dysfunction that lies behind our broader decline in state capacity.

The sorry state of the SBIR program should be particularly disconcerting to proponents of a new American industrial policy. Federal procurement can be a powerful tool for driving innovation and growing new industries. But when a program as clearly broken as SBIR remains impervious to reform, it bodes poorly for business dynamism and American statecraft alike.