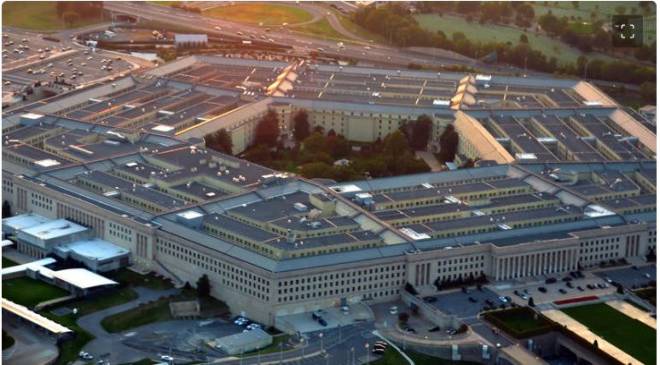 America’s most recent defense secretaries and military chiefs united behind a bold and unprecedented initiative this past week, hoping to prevent our democracy from being shattered by a future president who ignites a full-blown coup.

Eight former defense secretaries and five former chairmen of the Joint Chiefs of Staff issued an open letter to the nation Tuesday — and posted it on a website known as War on the Rocks.

But you may well have missed that big story entirely. After all, the open letter didn’t come complete with videos of explosions, flames and bloodshed. Just a few sound bites from talking heads. So the news was buried on an inside page. Or way down on your news screen list.

In their open letter, these former military and defense leaders, who served all the presidents of this century, warned us:

“Politically, military professionals confront an extremely adverse environment characterized by the divisiveness of affective polarization that culminated in the first election in over a century when the peaceful transfer of political power was disrupted and in doubt. Looking ahead, all of these factors could well get worse before they get better.”

The letter, academic in tone and content, consisted of 16 numbered “core principles and best practices” by which our war machine’s civilian and military chiefs hope to avoid the peril of being exploited by politicians. For starters:

“1. Civilian control of the military is part of the bedrock foundation of American democracy … .” And: “2. … Military officers swear an oath to support and defend the Constitution, not an oath of fealty to an individual or to an office … .”

While the open letter never mentions Donald Trump, nor the specifics of the Jan. 6 insurrection rioters, it isn’t hard to connect the dots. For example, that bit about military officers not swearing “an oath of fealty to an individual.”

Trump famously complained that top officials weren’t sufficiently loyal to him. And he frequently included his generals in that complaint, his top generals — which enraged his chief of staff, former Gen. John Kelly. A new book, “The Divider: Trump in the White House, 2017-2021,” by The New York Times’ Peter Baker and The New Yorker’s Susan Glasser, recounts a scene where Trump tells Kelly he’d like his generals to be as loyal to him as Adolf Hitler’s generals were to Der Fuhrer. “Why can’t you be like the German generals?” Trump asked. When Kelly tried to explain that Hitler’s generals tried three times to kill him, Trump insisted: “No, no, no, they were totally loyal to him.”

After the Pentagon leaders’ open letter received scant initial coverage, Leon Panetta, who was defense secretary in the Obama years, went on MSNBC’s “Morning Joe” and explained why all the Pentagon’s former leaders wanted to jointly sign the open letter.

“President Trump used the military as his own security force,” Panetta said. “He wanted to deploy them to the border, he wanted to deploy them against protesters. He was actually urged to take over the military following the election. All dangerous, dangerous steps that would undermine the traditional military-civilian relationship that is critical to the operation of our national security. It’s for all those reasons that we felt it was critical to come together and … reestablish the standards — the best practices — of how we are to operate in a military-civilian relationship that is the bedrock of our democracy.”

Another signer, Navy Adm. Mike Mullen, who headed the Joint Chiefs of Staff under Presidents George W. Bush and Barack Obama, told a Washington Post interviewer: “We live in remarkably confusing times, and clarity on this issue is very important. It’s a really dangerous time for us in the military, and the forces are out there to try to politicize us more, so clarity here is really important.”

Panetta said he believes this is America’s fork-in-the-road moment. “I honestly believe that America can be an America in renaissance in the 21st century,” Panetta said. “ … But … if we allow our fears, hates, frustrations to divide us — and turn against one another — I think there’s a very good chance that we can follow the paths of past empires. And we can lose our democracy. …

“If you want to lead in a democracy, you’re going to have to do what is right for the country — not just what’s right for your party or yourself. …

“But if we have that kind of leadership, I am confident we can have an American renaissance.”