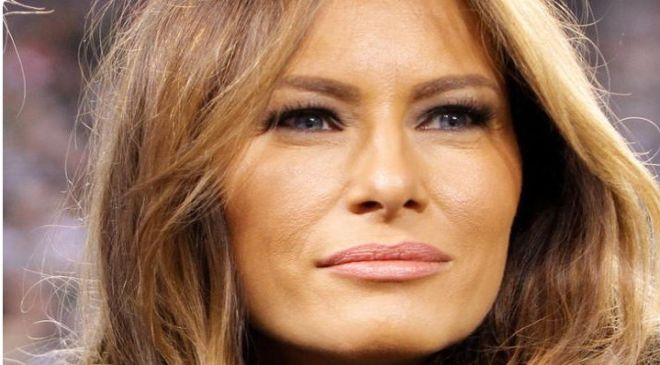 Before Melania Trump moved into the White House as first lady, long before becoming mother to Barron Trump and wife to Donald Trump, she worked as a model. She started out in Milan and Paris, where she may not have made it to supermodel status, but was still well-regarded. Her representative from Milan told Mary Jordan, who wrote the book “The Art of Her Deal: The Untold Story of Melania Trump,” that Melania “was a beautiful, professional lady,” via Vanity Fair. She ended up moving to New York, where she continued to model and, notably, met Donald. After marrying the future president in 2005, she appeared on the cover of Vogue wearing the dress that she wore to marry him, via E! News.

Melania didn’t end up on the cover of Vogue while she was first lady. As her former aide Stephanie Winston Wolkoff put it in her book, Melania was offered a Vogue photoshoot but it wasn’t guaranteed to be the cover. Wolkoff wrote, “Melania wasn’t going to do anything for Vogue or any other magazine if she wasn’t going to be on the cover. ‘Give me a break!’ she texted. ‘Forget it,'” per Newsweek.

After leaving the White House, Melania has kept a low profile, but it looks like she may have a new public gig.

Melania Trump has penned an opinion piece for Fox News with the headline: “Education is the key to innovation and individual exceptionalism.” In it, she writes about her feelings about the importance of supporting childhood education as the future to the wellbeing of the country, including shining a light on the need to help foster children in particular and she mentions her “Fostering the Future” initiative, which is under the umbrella of the “Be Best” initiative, which was dedicated to addressing “well-being, online safety, and opioid abuse,” that she started as first lady.

This is the fourth op-ed that Trump has written for Fox News thus far, all of which have been about children and education advocacy. She doesn’t seem to discuss topics in the overtly political way that her husband does, though she does note the amount of gun violence in schools and the mental health challenges children are facing.

In the most recent op-ed, she noted that “Fostering the Future” has chosen its first two scholarship recipients and that they’re both starting their freshman year at university. She wrote that they “will learn in a supportive environment, gaining knowledge critical to achieving job security in the technology sector.”