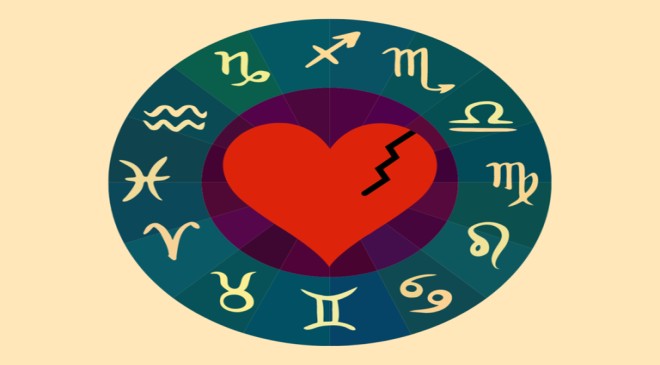 Pop quiz: What do Aries, Leo, and Sagittarius have in common? If you guessed that these are all fire signs, you’re right. When it comes to the zodiac, most of us are only passingly familiar with our sun signs. Learning about my sun sign was definitely my first foray into astrology, and discovering each sign’s traits has helped me dive even deeper into the wonderful world of astrology. If you want to learn more about your chart, knowing a bit about each sign is a good place to start.

In astrology, there are four elements that comprise the signs — Fire (Aries, Leo, and Sagittarius), Earth (Taurus, Virgo, and Capricorn), Air (Gemini, Libra, and Aquarius), and Water (Cancer, Scorpio, and Pisces). This article will cover the Fire astrological signs, which inclues the feisty Ram, energetic Lion, and nimble Archer.

Everything you need to know about fire signs

Dividing the 12 zodiac signs into elements was the idea of the Ancient Mesopotamians, but the concept of grouping the physical world in categories appears in cultures throughout the world. For example, Chinese custom includes the categories Wood, Fire, Earth, Metal, and Water, and Greek philosophers named stars an element and called them aether.

In modern astrology, each of the 12 signs of the zodiac is associated with one of the four elements (Fire, Earth, Air, or Water) that contribute to determining one’s personality and  characteristics. Earth signs may be “down to earth,” while water signs might “go with the flow.” Air signs typically represent the “winds of change,” and fire signs are notorious for having “fiery personalities.”

That said, there are three fire signs in the zodiac: Aries, Leo, and Sagittarius. All three are aggressive, passionate, and assertive — and like the element of fire itself, this trio is known to burn brightly. Here’s a quick breakdown of each sign.

Symbolized by the Ram and ruled by Mars, Aries is the cardinal sign of fire, meaning they take charge. These trailblazers are fiercely action-oriented and aren’t scared to take risks. Of all the fire signs, Aries tend to have the greatest impulsivity. As the first sign in the entire fire sign bunch, these feisty rams are also natural-born leaders.

The mighty and ferocious lion is a fixed sign, meaning Leos tend to be the most resolute and stubborn of the fire signs. Their big cat energy makes this fire sign a loyal companion — and someone you definitely don’t want to cross. Known as the “King of the Jungle,” Leo’s love the limelight and are known to assert their masterful authority at all times.

Fire’s contribution to the mutable signs, Sagittarians are often flexible and thoughtful. They use their passionate energy to power their quest for truth and are fearless spiritual fighters who never mince words. This energetic fire sign is extremely adventurous, undeniably curious, and the zodiac sign most likely to travel the world.

Some well-known Sag personalities include:

What character traits are most common in fire signs?

Fire is often associated with power and action — and for the Ram, Lion, and Archer, those traits come naturally. Although each zodiac sign has a personality with unique and specific qualities (or quadruplicities), universal fire sign traits shared amongst the three include:

Anyone born under the fire signs of the zodiac can easily be identified as someone who has a very energetic outlook on life. They don’t sit around, just twiddling their thumbs, waiting for things to happen; when these fiery zodiacs have a goal or objective in mind, they go after it.

Fire signs are well known for having magnetic passions that make others feel excited and motivated by just being in their presence. In other words, their blazing energy, lofty ideals, unwavering passion, broad vision, and can-do attitude are contagious.

Having a Lust for Life

The same heat that drives their passionate outlook also gives the Ram, Lion, and Archer their lust for life. They want to experience all that life has to offer, traveling every corner, tasting every cuisine, and savoring every moment. One might say that fire signs are the life of the party. Like the campfire that everyone crowds around on a crisp winter’s night, fire signs provide a comforting warmth that fills the room and infuses it with light.

The bold and brazen fire signs crave independence and want nothing more than to live a life that’s on their own terms. They don’t like authoritarian-type personalities who try to micro-manage them — in fact, if they sense that someone is trying to intrude on their freedom, they’ll instinctively pull away.

Just like fire itself, Leo, Aries, and Sagittarius are active, self-motivated, high-spirited, and animated forces. This group of feisty personalities may come off as a bit intense, but don’t let their passion fool you into thinking that they aren’t a good time. Fire signs are some of the most lively and cheerful individuals on the planet — it’s part of what it means to be a fire sign and is a big reason why people typically feel drawn to them.

Fire signs are majorly connected to their instincts. They possess an intuition that guides them, giving this group the confidence they need to take risks and try new things. To the average bystander, a fire sign may seem reckless, but these feisty people are led by their spirit and wisdom — as well as Lady Luck, which always seems to be with them.

Fire’s energy is bold, unapologetic, and straightforward. Although their intentions are usually pure, their brazen attitude can come off as a bit bossy or arrogant sometimes. But when push comes to shove, there’s no denying that they are quite good at getting things done.

When a fire sign has something on their mind, they won’t refrain from telling you exactly how they feel — even if it may hurt your feelings. Known to be very honest and open people, these bold zodiacs tell it as it is, so there’s no messy web of lies, manipulative framing, or sugar-coating. For better or worse, a typical fire sign does not have a filter and is brave enough to take the risk of being real.

Fire signs are fiercely independent and known to live up to their “fiery” reputations. If you were born under the sign of Aries, Leo, or Sagittarius in the zodiac, then you know firsthand about the flame that never stops blazing inside of you. That said, it’s important to keep in mind that just because you were born with your sun in a fire sign doesn’t mean you’re completely made of fire.

You see, your birth chart (a.k.a. “natal chart”) contains every single element — Fire, Earth, Air, and Water — so you may embody fire-like qualities in addition to other elemental traits. This is why some fire signs feel a little more shy or introverted than others; they simply possess characteristics of opposing elements. At the end of the day, there are both pros and cons to any of the astrological elements, which is why balance is essential in creating a well-rounded and happy life.