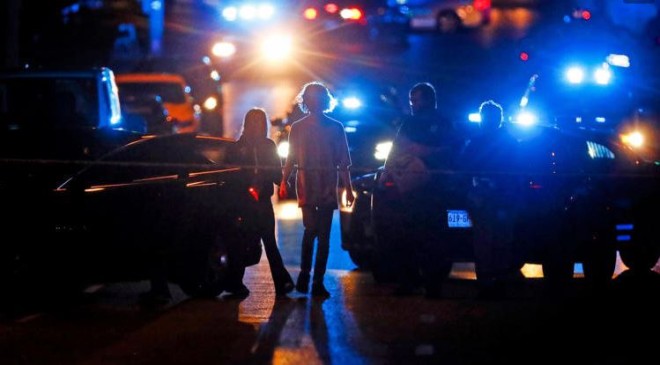 MEMPHIS, Tenn. — Authorities said a man who drove around Memphis, Tennessee, shooting at people, killing four, during an hourslong rampage that forced frightened people to shelter in place Wednesday has been arrested.

The Memphis Police Department identified the suspect as Ezekiel Kelly, 19, after receiving reports of a person shooting and posting live videos on Facebook. Four people were killed and three others were wounded in seven shootings across Memphis, Police Director Cerelyn “CJ” Davis said during a news conference early Thursday.

The rampage began at 12:56 a.m. Wednesday and continued to about 8:30 p.m. There was at least eight crime scenes: the seven shootings and a carjacking in Southaven, Davis said.

A neighborhood in south Memphis was under a shelter-in-place order as police searched for Kelly. The order was lifted after Kelly was taken into custody after 9 p.m. in the Whitehaven neighborhood, authorities said.

Police said Kelly was driving a light blue Infiniti and later switched vehicles to a gray Toyota with an Arkansas license plate.

Southaven Police Department said on Twitter that shortly before 9 p.m., officers responded to a motor vehicle theft and “immediately learned” that Kelly was the suspect.

Memphis Police Department Sgt. Louis Brownlee said Kelly has prior arrests for attempted first-degree murder, aggravated assault, and reckless endangerment in 2020. He was sentenced to three years but was released on March 16, this year.

Police issued a warrant for first-degree murder for Kelly on Wednesday night.

The University of Memphis alerted the campus of a shooting in the southwest corner of campus. The person “immediately fled” the area and “there is no threat currently at the University,” according to the alerts.

Rhodes College, which is about 4 miles away from the university, advised students to shelter in place. Amid the search, the Memphis Area Transit Authority suspended bus and trolley services indefinitely.

“MATA leaders are acting in an abundance of caution and care for the safety of its drivers and riders,” the public transit service said in a release Wednesday night.

Memphis recently has been shaken by several shootings in recent weeks, including the killing of a pastor during a daylight carjacking in her driveway, the slaying of an activist during an argument over money, and the killing of a woman who was abducted while she was on a pre-dawn run.