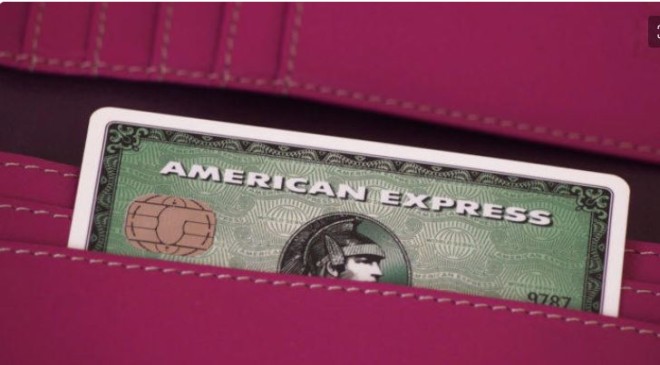 Today I’m writing about Dow stocks to buy. Seasoned investors are realizing that many of the 30 members of the Dow Jones Industrial Average (DJIA) are now trading at low valuation levels and prices.

The index serves as a bellwether that tracks investors’ sentiment. These large-cap, well-known companies are widely regarded as safe havens from market volatility. With their remarkable longevity and solid fundamentals, these companies tend to be among the first businesses to recover from economic uncertainties.

Today’s list of Dow stocks to buy includes prominent blue-chip names that have sold off significantly in 2022. As investors continue to flock to safe  bets, these Dow-30 members could be primed for significant rebounds throughout the rest of the year.

On July 22, American Express released its Q2 results. Its revenue grew 31% year-over-year to a record $13.4 billion. AXP’s earnings per share fell 8% YOY to $2.57, while its cash and equivalents ended the period at $26 billion.

The company’s card member spending jumped 30% YOY to a record. Its management noted that there was a robust rebound in travel and entertainment spending, with outlays in those areas exceeding pre-pandemic levels.

Meanwhile, Q2 card-member spending by AXP’s millennial and Gen Z card members jumped 48% YOY. The company’s focus on millennial and Gen Z customers could provide long-term positive catalysts. Finally, the firm increased its full-year revenue growth guidance from a previous range of 18% to 20% to a range of 23% to 25%.

AXP stock is down about 8% in 2022, and it currently has a 1.4% dividend yield. The shares’  valuation is moderate, as they are trading at 16 times its forward earnings and 4.9 times its book value. Analysts’ average 12-month price forecast for AXP stock stands at $175.

Biotech heavyweight Amgen (NASDAQ:AMGN) focuses on oncology, cardiovascular disease, inflammation. bone health, neuroscience, and nephrology. Among its flagship drugs are the red blood cell boosters Epogen and Aranesp, along with immune system boosters Neupogen and Neulasta. With a market-capitalization of about $130 billion, Amgen is one of the most important biotech names that investors follow.

Management announced the firm’s Q2 financials results on Aug. 4. Its revenue increased by just 1% YOY to $6.6 billion. Amgen’s EPS, excluding certain items,  came in at $4.65 per share, up from $1.77 in the same quarter a year earlier. The company generated $1.7 billion of free cash flow.

Like most drug makers, Amgen’s long-term success primarily is based on its ability to launch new therapies. Among  its drugs that have been approved by regulators in recent quarters are the lung cancer treatment Lumakras, its asthma drug, Tezspire and its cholesterol medication, Repatha.

In early August, Amgen announced that it plans to acquire ChemoCentryx (NASDAQ:CCXI) in an all-cash transaction valued at $3.7 billion. Analysts believe that ChemoCentryx’s  Tavneos, which is used to treat a rare type of blood-vessel inflammation, should contribute meaningfully to Amgen’s top line.

So far in 2022, AMGN stock is up nearly 8%, and it currently has a dividend yield of 3.2%. The shares are trading at 13 times its forward earnings and 5 time its sales. Analysts’ average 12-month price forecast for Amgen stands at $252.

Caterpillar released its Q2 results on Aug. 2. Its top line increased 11% YOY to $14.25 billion, and CAT reported EPS, excluding some items, of $3.18, up from $2.60 during the same period a year earlier. CAT’ finished the quarter with cash and equivalents of $6 billion.

In Q2, Caterpillar used its pricing power to compensate for sluggish demand and rising costs. Meanwhile, it is working to steadily increase its services and aftermarket parts revenue to compensate for the cyclicality of its business.

However, like many manufacturers, Caterpillar has been suffering from significant supply chain issues. Investors have been debating whether the slowdown in the U.S. residential construction market and the slowing economic growth of China could create further challenges for CAT.

Meanwhile, the company returned $1.7 billion to its shareholders through share repurchases and dividends last quarter. Its dividend yield currently stands at 2.7%.

CAT stock is down more than 12% this year. Its shares look fairly valued at 15. times its forward earnings and 1.9 times its sales. Analysts’ average 12-month price forecast for CAT stock stands at $210.

The next stock on our list is Chevron (NYSE:CVX), one of the largest integrated energy companies with a  market capitalization of well over $300 billion. Its business is diversified across the energy industry, from exploration and production to refining and chemicals.

The oil major released its Q2 metrics in late July. Its revenue soared 83% YOY to $68.8 billion, while the firm’s earnings, excluding some items, jumped to $5.82 per diluted share, up from $1.71 in the same period a year earlier. Chevron ended the quarter with cash and equivalents of $12 billion.

The oil titan has increased its dividend for 35 consecutive years. CVX currently generates a robust dividend yield of 3.6%. In addition, the Dividend Aristocrat boosted its share repurchase guidance to $15 billion a year.

Coca-Cola (NYSE:KO) is one of the most iconic beverage brands worldwide. Thanks to its brand recognition and wide moat,, Coca-Cola’s market share in the U.S. is well over 40%.

The soft-drink giant reported its Q2 financial results in late July. Its revenue grew 12% YOY to $11.3 billion. The firm’s EPS, excluding some items, grew 4% to 70 cents, while its free cash flow came in at $4.1 billion, and it ended the period with cash and equivalents of $9 billion.

With its away-from-home segment rejuvenated, Coca-Cola has delivered significant growth. KO  claims that its market share in developed countries is 14%, but only 6% in developing countries, which accounts for roughly 80% of the global population. As a result, the company is likely to launch an increasing number of new initiatives in emerging markets.

So far in 2022, KO stock is up 3%, and the Dividend King currently supports a yield of 2.9%. The shares are changing hands at 23.5 times its forward earnings and 6.4 times its sales. Meanwhile, analysts’ average 12-month price forecast for KO stock is $70.

Healthcare conglomerate Johnson & Johnson (NYSE:JNJ) has diversified operations, including consumer products, pharmaceutical drugs, and medical devices. The firm plans to spin off its consumer health business to focus on its higher-margin segments.

As in previous quarters, JNJ’s pharmaceutical segment accounted for the bulk of its sales, growth, and operating margin. The unit’s sales rose  12.3% YOY to  $13.3 billion, mainly driven by its cancer drugs Darzalex and Erleada, along with its immunosuppressants Stelara and Tremfya.

J&J continues to get more of its drugs approved thanks to its robust pipeline. In 2022, the company anticipates that its operating sales will climb between 6.5% and 7.5%.

JNJ stock is down almost 5% in 2022, and the Dividend King generates a yield of 2.8%. The shares trade at 15.6 times its forward earnings and 4.6 times its sales. Analysts’ average 12-month price forecast for Johnson & Johnson stock stands at $186.

Walmart (NYSE:WMT) is the biggest retailer by revenue worldwide, operating around 11,500 stores. In the U.S., its share of the grocery sector exceeds 55%.

The retail giant announced its Q2 financials results on Aug. 16. WMT’s revenue grew 8.4% YOY to $152.9 billion. Its EPS, excluding certain items, came in at $1.77, staying almost flat compared to $1.78 in the same quarter a year earlier. The company ended the quarter with cash and equivalents of $13.9 billion.

Red-hot inflation levels have caused  an increasing number of people, including higher-income shoppers, to visit Walmart either in person or online. Higher spending on lower-priced food and essentials has boosted  its top line in Q2. Walmart’s U.S. comp sales rose 6.5% YOY, more than double the increase in the previous quarter. Meanwhile, its online sales climbed 12%.

However, like many other retailers, Walmart has been sitting on a substantial surplus of merchandise. So the mega-cap retailer has had to cut its prices, causing its profit margins to fall. For FY’23, management expects the giant’s sales to climb roughly 4.5%, along with a 9%-11% decline in its adjusted EPS.

On the date of publication, Tezcan Gecgil, Ph.D., did not have (either directly or indirectly) any positions in the securities mentioned in this article. The opinions expressed in this article are those of the writer, subject to the InvestorPlace.com Publishing Guidelines.

Tezcan Gecgil has worked in investment management for over two decades in the U.S. and U.K. In addition to formal higher education in the field, she has also completed all 3 levels of the Chartered Market Technician (CMT) examination. Her passion is for options trading based on technical analysis of fundamentally strong companies. She especially enjoys setting up weekly covered calls for income generation.