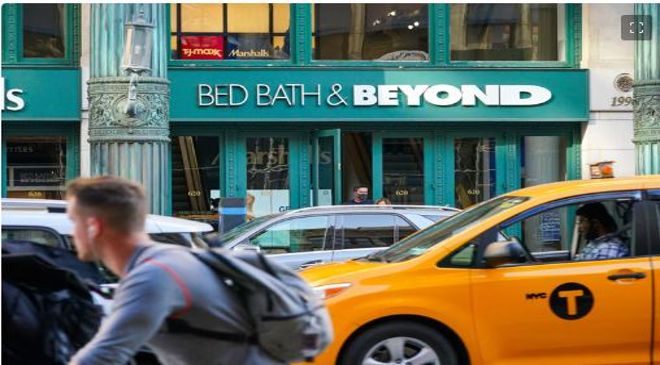 Mr Arnal joined the company in May 2020 during the pandemic, and previously worked at cosmetic brand Avon and consumer goods giant Procter & Gamble.

The big-box chain in the US has been facing financial trouble, recently announcing store closures and job cuts.

Shares in the company have been volatile, being viewed as a “meme” stock driven by social media buzz.

“Gustavo will be remembered by all he worked with for his leadership, talent and stewardship of our Company. I am proud to have been his colleague, and he will be truly missed by all of us at Bed Bath & Beyond and everyone who had the pleasure of knowing him,” she added.

Bed Bath & Beyond made headlines recently after activist investor Ryan Cohen announced in late August that he was abruptly selling all of his stock in the company.

Mr Arnal and Mr Cohen were also sued over accusations of artificially inflating the company’s stock price in a “pump and dump” scheme. The class action lawsuit accuses Mr Arnal of selling off his shares at a higher price after the scheme.

Bed Bath & Beyond said it was “in the early stages of evaluating the complaint, but based on current knowledge the company believes the claims are without merit”.

The home and bath goods company has been struggling for some time due to a slump in sales and growing debt. The retailer has warned of a 26% drop in same-store sales for the April to June quarter.

The company’s stock has been highly volatile in recent months. It became viewed as a “meme” stock, which is driven more by sentiment on social media rather than traditional economic sentiment.