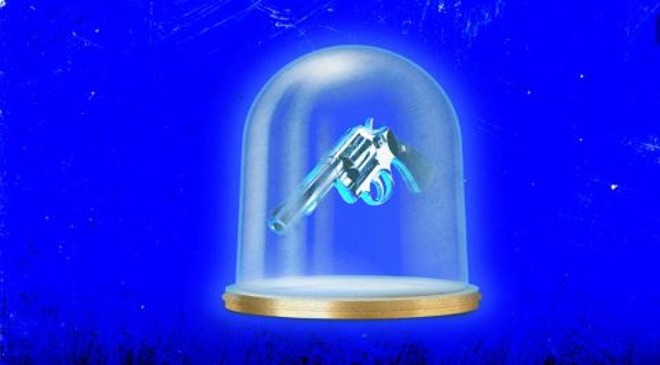 The announcement of a $27 billion class action last week by the families of children murdered at Robb Elementary School in Uvalde, Texas, has brought renewed attention to President Joe Biden’s signature proposals on gun reform: the elimination of legal protections for gun manufacturers and firearm dealers.

But within the biggest single piece of gun legislation on Capitol Hill in three decades, the only mention of Biden’s single most repeated call-to-arms is language expressly thwarting it. Now, with the Senate unlikely to take further action on the issue, legal experts and gun-reform advocates are encouraging the White House to take the battle to where it can actually be won.

“The biggest space where the federal government and the White House have opportunities here is in promoting and helping to facilitate conversations at the state level,” said David Pucino, deputy chief counsel at the Giffords Law Center to Prevent Gun Violence. “Those efforts, those discussions, are extremely important, and I think that given the current environment, if we’re not able to repeal those protections at the federal level, the most important thing we can do is pass laws at the state level.”

When Biden signed into law the first major gun-reform legislation to pass through Congress in decades earlier this summer, he was finally achieving a goal that he had set for himself nearly a decade earlier.

“I’ve been at this work for a long, long time, and I know how hard it is—and I know what it takes to get it done,” Biden said in June as he signed the Bipartisan Safer Communities Act. “I was there 30 years ago, the last time this nation passed meaningful gun safety laws, and I’m here today.”

Left unsaid, however, was the failure of Congress to repeal the single gun law that Biden refers to more than any other, according to a review of his public remarks on firearms since his inauguration: the Bush-era Protection of Lawful Commerce in Arms Act (PLCAA), which shields companies that make and sell firearms from being held liable for the crimes committed with their products.

“It grants firearm sellers, including manufacturers, distributors and retail dealers, immunity from any lawsuit that arises out of criminal misuse of a weapon,” summarized Timothy D. Lytton, a distinguished university professor at the Georgia State University College of Law and a leading authority on suits against gun manufacturers. “So if somebody takes a weapon and shoots it and kills somebody or injures somebody, the law protects the seller of that weapon or the manufacturer of that weapon from any sort of lawsuit that arises out of that injury.”

Since the earliest days of his presidential campaign, Biden has singled out the legislation, passed in 2005, as an unprecedented giveaway to the gun industry, and vowed to make it one of his top priorities once in office—even to introduce legislation unwinding it on “Day One” of his presidency.

“Look, repeal the liability shield that makes gun manufacturers the only industry in America that can’t be sued—the only one!” Biden told members of Congress during his State of the Union address this spring, punctuating his remark by jabbing a single index finger in the air. “Imagine had we done that with the tobacco manufacturers.”

In April 2021, after issuing a raft of executive actions on firearms, Biden said that if he could only win a single victory against the gun lobby, he’d want it to be PLCAA.

“If I get one thing on my list, if the Lord came down and said, ‘Joe, you get one of these,’ give me that one,” Biden said in a Rose Garden ceremony, “because I tell you what, there would be a come-to-the-Lord moment these folks would have, real quickly.”

But Biden’s ultimately successful gun bill didn’t include PLCAA repeal, and even explicitly declared that nothing in the bill “shall be construed to create a cause of action against any person licensed as an importer, manufacturer, or dealer of firearms… for any civil liability.”

Sen. Richard Blumenthal (D-CT), one of the Senate’s staunchest supporters of gun reform, introduced a bill to repeal April 2021, but like most gun-reform legislation, it has gone nowhere. Given the difficulty of passing even the most popular gun-control measures through the Senate, that’s not surprising, said Adam Winkler, a professor who specializes in constitutional law and gun policy at the UCLA School of Law.

“Biden has made gun safety reform a centerpiece of his agenda, but with the current composition of the Senate there is only so much he can do,” Winkler said, noting that PLCAA repeal might not even win a majority of Democrats in the chamber, much less 10 Republican votes. “I’m sure there are those in the gun safety world that are disappointed that Biden hasn’t repealed PLCCA, but the fact is that he just doesn’t have the votes.”

That’s why gun-reform advocates—and even members of Congress—are pushing for Biden to take the battle to repeal civil immunity for firearms manufacturers where it might actually be winnable.

“It would be hugely impactful,” Pucino said. “While some states have followed the federal government and have enacted their parallel PLCAA-type laws at the state level, other states have gone the other direction and have enacted laws that open the courthouse door and enable victims of gun violence to bring actions against the gun industry for their so-far unaccountable behavior.”

On a practical level, Biden’s options on state-level laws are limited—he can’t sign a state bill into law, or bypass a veto from a Republican-dominated legislature. What gun-reform advocates have in mind as a model, though, is closer to the strategy that national Democrats have taken on abortion access following the Supreme Court’s overturning of Roe v. Wade. By using the bully pulpit and leveraging relationships with governors, goes the reasoning, Biden could have an outsized influence in state legislatures that he has tapped out in Congress.

The Biden administration has taken steps to push the battle against PLCAA to the states, including conferring with state elected leaders who have successfully navigated liability legislation about how to replicate the strategy in other states. Last month, White House officials representing the Domestic Policy Council and the Office of Intergovernmental Affairs hosted a meeting with ten state legislative leaders from California, Delaware, Illinois and New York to discuss how states can craft liability laws allowing for civil suits that can pass muster under PLCAA. Last summer, the White House hosted a similar meeting with eight state attorneys general

A handful of states, including California, Delaware, New Jersey and New York, have passed laws that seek to widen loopholes in PLCAA, which does provide exceptions if firearm manufacturers or retailers violate state or federal laws “applicable” to how a gun is marketed or sold. The recent spate of laws tie lengthy strings to the “applicability” concept, Lytton said, including consumer protection laws and restrictions on marketing violent entertainment to minors.

In New York, for example, gun manufacturers can be held liable for violating “public nuisance” laws, defined in the legislation as actions that cause harm to the public.

“This kind of litigation often matures over time,” Lytton said, comparing early suits against firearm manufacturers to legal filings against companies that helped foster the opioid epidemic. “The opioid litigation kind of grew and grew over time, and as the lawsuits went on, and more information came out, and judicial and public attitudes changed, we saw a shift in courts’ ability to tolerate these sorts of theories.”

In a world where Big Pharma, one of the nation’s most powerful industries, is paying out billions of dollars in settlements as payment for the social problems caused by marketing campaigns and distribution practices, Lytton said, “it’s very possible that this sort of litigation might mature.”

“But the immunity protection at the federal level has probably stopped any maturation that might occur.”

The $27 billion claim announced last week by the families of children murdered in Uvalde, Texas in May, will seek damages from a host of organizations and entities, including the school district, city leaders, and, most notably, Daniel Defense, the manufacturer of the AR-15 the shooter used to kill 19 children between the ages of nine and eleven, as well as two teachers. A similar lawsuit filed against Remington—maker of the Bushmaster XM15-E2S semiautomatic rifle that was used to kill 20 first-graders and six staff members at Sandy Hook Elementary School in 2012—was settled earlier this year for $73 million.

But that settlement—which avoided a courtroom battle that could have seen the suit thrown out due to PLCAA—is the exception, not the norm, said Lytton, and may have succeeded only because Remington had been broken up in bankruptcy proceedings by the time it was issued.

“The settlement was with the insurance companies that were holding coverage after the company was broken up,” Lytton said. “None of these lawsuits ever succeeded, prior to the Sandy Hook settlement—they were either dismissed by courts, or if they even made it to a jury, they were often reversed on appeal.”

Thirty-four states currently have PLCAA-style laws on the books, largely passed before the federal legislation went into effect, making state-level legislative action a logical place to start unraveling liability protections, said C. Benjamin Cooper, an attorney representing survivors of a 2019 mass shooting that killed nine people in Dayton, Ohio. Cooper’s clients have sued the manufacturer of the high-capacity magazine used by the shooter, which fired more than 40 rounds in less than half a minute, claiming that the manufacturer’s “reckless” marketing and sales practices led to the purchase of “instruments of slaughter without any reasonable safeguards, screening, or limits.”

Repealing PLCAA and legislation like it, Cooper said, “would make it easier for families of victims to bring lawsuits against negligent companies.”

“Keep in mind that victims still have to prove their case in court. They have to show a gun maker or seller was negligent, and that the negligence led to the hard,” Cooper said. “The problem with PLCAA is that it lets gun makers and sellers completely off the hook even if their negligence leads to the deaths of children. I think that’s wrong. It’s immoral. And I can’t think of any other industry that gets that kind of special protection.”

Upon signing the Bipartisan Safer Communities Act, Biden was the first to admit that the measure that arrived on his desk “doesn’t do everything I want.”

“I know there’s much more work to do, and I’m never going to give up,” Biden said at the time, calling upon God to “bless us with the strength to continue to work to get the work that’s left undone done.”