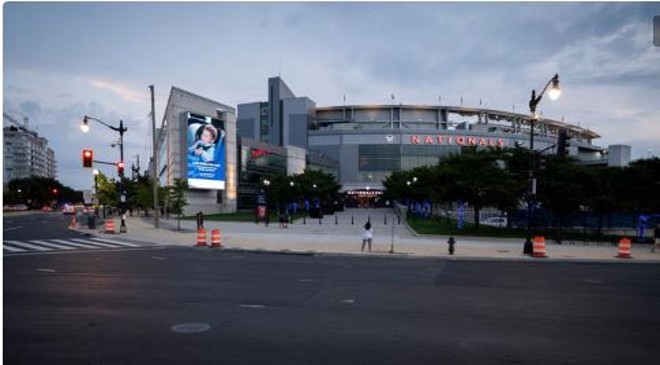 Even though summer is winding down, extremely hot days remain here in the D.C. area.

In fact, next week temperatures are not going to dip under 80 degrees, so that means temperatures inside cars are well over 100 degrees.

John Mozilla, President and CEO of Alliance of Automotive Innovation, says his team is partnering with the Washington Nationals to raise awareness about the dangers of pediatric heatstroke.

Never leave a child in a car. Always check before you lock and ask yourself, ‘where’s baby?’ So this was really an opportunity to get the word out. We’re really thankful for the leadership and the and the participation from the Washington Nationals,” Mozilla said.

“Never leave a child in a car. Always check before you lock and ask yourself, ‘where’s baby?’ So this was really an opportunity to get the word out. We’re really thankful for the leadership and the and the participation from the Washington Nationals,” Mozilla said.

They are running a multimedia campaign in and around Nationals Park, reminding parents and caregivers to “look before you lock” and ask “where’s baby?” to help ensure no child is left unattended in vehicles this summer.

This groundbreaking partnership is the first with a Major League Baseball team or any major professional sport. It’s a multimedia campaign that really reaches tens of thousands of people.

We hear about this every summer — dangerously close calls and tragic fatalities.

According to the National Highway Traffic Safety Administration, 900 children sadly have lost their lives due to pediatric heatstroke since 1998. Some automakers are finally developing technology to remind drivers that there may be a child in the back seat.

The life-saving messages will be displayed on five video boards with the idea being to spread awareness throughout the DMV. In addition to efforts to raise public awareness, the automotive industry has voluntarily committed to installing rear seat reminder systems in most new cars by 2025.

“Get into the habit of checking the rear seat before you lock the car door. Check before you lock. And thirdly, ask yourself the question, ‘where’s baby?’ every time you park the car. These are lessons that we believe parents can internalize. and utilize every day to try and avoid this really tremendous problem, which is pediatric heatstroke,” Mozilla added.