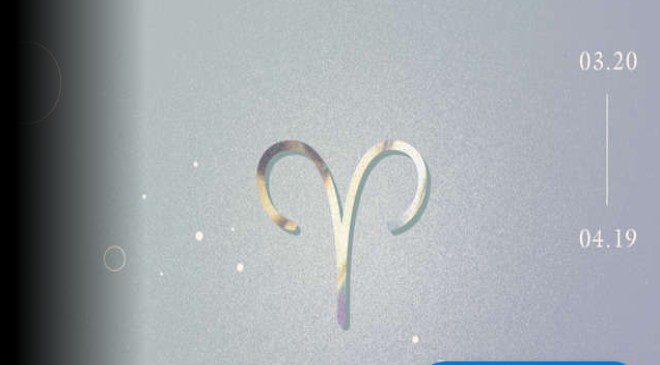 JoJo’s Bizarre Adventure is a long-running shonen manga/anime franchise with a huge cast of unique and colorful characters, some of whom have gone on to become anime legends. Jonathan Joestar was like the new Kenshiro, for example, while his nemesis Dio Brando remains famous today as one of anime’s best vampires.

Dio Brando can be described in many ways, from his arrogant god complex to his would-be brotherly bond with Jonathan to the futility of his quest for supreme power. Even greater detail is revealed with the lore of his astrological sign, and Dio represents it perfectly in many ways. He is strong and proud, like a mythical ram.

Aries, The Headstrong Ram of the Zodiac

According to Dio himself, he was born on April 10th, 1867. If that is indeed accurate, then he was born under the fierce fire sign Aries, or the headstrong ram. Aries is definitely one of the loudest and most flamboyant of the twelve zodiac signs alongside its fire cousin Leo, the proud lion. Aries’ sign is a ram for a good reason: this bold, decisive fire sign likes to charge right at its goals and won’t let anything or anyone get in its way. An Aries always knows what comes next and how to get it, barreling toward its desires with breakneck speed bordering on recklessness.

Aries is ruled by the first house, meaning it is the zodiac’s first sign and represents a person being physically present first to take charge and lead in all endeavors. Anytime there’s something to be done, the bold, confident Aries cries out “me first!” and jumps ahead to lead the pack. No other sign takes the initiative quite like Aries, and they’re not too fond of waiting or adhering to routines. Aries is all about change, progress and new ideas, alluding to fire’s industrious and creative nature.

This fire sign is adored for its willingness to embrace change and reinvent things in pursuit of its goals. Aries rejects stagnant tradition or rigid routines in favor of innovation, which turns the wheels of progress when pursuing a clearly-defined goal. This means that Aries are excellent team leaders and project managers, and their creativity and enthusiasm may inspire their followers as well. They may be bold, but they are also sensible and embrace logic, ensuring their efforts are never wasted.

On the downside, Aries clings too tightly to its own ideas and is reluctant to accept constructive criticism or borrow other people’s ideas. This can make the Aries too stubborn and narrow-minded at times, which might cause friction within a group. Aries might also be too fast and fierce for its followers to keep up, which means some people will get left behind. That’s not how a cohesive team is supposed to operate.

Dio Brando As An Aries In JoJo’s Bizarre Adventure

Early in Jojo’s Bizarre Adventure‘s “Phantom Blood” story arc, Dio Brando was more like a combination of his native Aries sign and the water sign Scorpio. He was a patient, cunning schemer like Scorpio, always waiting for the right moment to “sting” his enemies. However, Dio lacked the mysticism and blunt honesty of Scorpio, instead being highly deceitful and embodying the straightforward, goal-oriented thinking of the Aries sign. Dio had one objective: to destroy the wealthy Joestar family by whatever means necessary. So he got himself adopted into the family, then started taking the Joestars apart from the inside.

Dio was eventually caught, and out of both desperation and Aries-style boldness, he put on the stone Aztec mask and became a powerful vampire. There was no going back, but the headstrong Aries Dio didn’t mind at all; he wants power and success at any cost, and an innovative Aries like him will embrace anything he must to achieve those goals. Dio even had his own castle and commanded a squad of underlings, but he was eventually defeated aboard that steamer ship. He rested for 100 years in a coffin on the seafloor until he was later revived for another adventure.

Dio Brando returned during the “Stardust Crusaders” story arc, this time going by the name DIO. He had also become a Stand user and was more determined than ever to rule the world as a vampire king. That is a clear and bold goal for any Aries to have, and to accomplish it, DIO recruited a small army of villainous Stand users and bade them to do this bidding, playing into the leadership side of his astrological sign.

Jojo’s protagonist Jotaro Kujo and his allies faced DIO directly one evening in Cairo. DIO clung tightly to his goal and beat Jotaro half to death, but in the end his ingenuity overcame DIO’s headstrong Aries ambitions and the vampire overlord was defeated for all time. Only death itself — and the sun’s devastating rays — could halt the seemingly unstoppable charge of DIO the Aries ram.