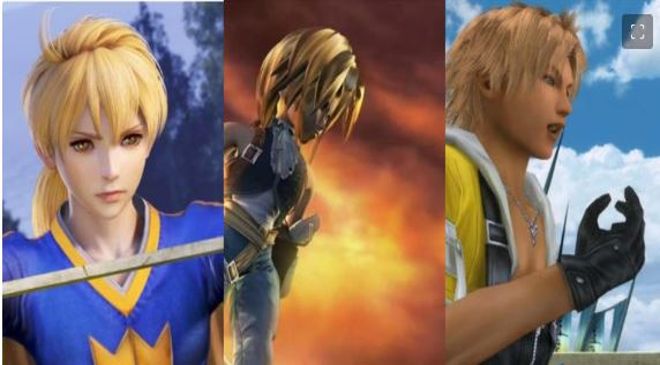 The Final Fantasy series has dozens of characters over 13 main-line games, not to mention all the side story games and spinoff games like Final Fantasy X-2 and Final Fantasy Tactics. Making characters fit into a Zodiac sign, as well, is often about picking which traits of a complex, multi-faceted character to emphasize or de-emphasize.

With that said, the Zodiac and horoscopes have lasted for a long time. The use of Zodiac signs is so pervasive that Final Fantasy characters are often assigned to specific birthdates to use the personalities of those signs. Interpreting characters through the Zodiac has been a fan hobby for a long time.

Even though the year begins in January, the Zodiac is based on the older Roman calendar, which began in March. Aries is a passionate fire sign with a creative bent. Circus performer Zidane, the lead character of Final Fantasy IX, fits this to a T.

The dual-wielding, monkey-tailed Zidane is a fantastic hero with creativity. His fiery nature makes him a good example of an Aries.

Loyal, stubborn, and dependable, but suspicious, the Taurus personality fits Final Fantasy VII’s wounded protagonist. One of the signature characters of the Final Fantasy franchise, Cloud’s personality is all about balancing his need for connection with his ingrained suspicion of others.

Cloud’s storyline centers on balancing his difficulties trusting others with his development into a leader. This role requires him to go against his Taurean nature, growing into himself as he opposes the aggressive Sephiroth.

Her strengths are the classic Gemini powers, and she also has some of the traditional Gemini weaknesses, such as unreliability and nosiness. Gemini Yuffie is one of the gems of the Final Fantasy 7 narrative flow, but not without her drawbacks.

Aerith is, it’s fair to say, one of the truly iconic characters of the Final Fantasy series. With her doomed proto-romance with the brooding Cloud, her sensitive and understanding nature gives her teammates, both Cloud and Tifa, room to grow into the people they eventually need to be.

Aerith’s sensitivity makes for a double-edged sword, opening her up for Sephiroth’s advances, leading to her eventual death toward the end of Disc 1. As a supportive team member, her loss cuts her friends deeply.

Radiantly joyful and passionate define the Leo’s personality, which describes Tidus, the lead of Final Fantasy X. A passionate, natural leader and an ebullient celebrity, Tidus’ lopsided but bright costume and weapon underscore his nature.

Tidus’s joyfulness is also his weakness, as it leaves him prone to underestimating the truly dark nature of his enemy, Seymour. Moreover, it renders him surprised and confused when the secret of Sin and his origin are revealed late in the game.

Virgos are natural, kind, and sympathetic but also humble and practical. The half-Esper Terra, or Tina Branford, the protagonist of the World of Balance in Final Fantasy VI, is a classic Virgo. Developing from her origin, a victim of the powerful Empire, she becomes one of the most important members of the Rebellion.

The classic Virgo anxiety is again Terra’s downfall. Prone to self-doubt and nerves, Terra Branford separates herself from the narrative at the beginning of the second half of the game, only rejoining the party when she can no longer protect her beloved orphans by herself.

Friendly and focused on symmetry, equilibrium, and justice, the Libra personality shines in Final Fantasy Tactics’ protagonist, Ramza. His focus on justice gives him the powers of the Knight class long before he can level up from his initial class, Squire.

Ramza’s weakness is his aversion to conflict, an irony of his role as a soldier. Though a valiant warrior, he finds himself unable to confront his friends when their plots create dangers for Ivalice. Ultimately, he is forgotten from history in favor of his friend, Delita.

Prince Noctis is a model Scorpio. Deep, emotional, and intense with a strong protective instinct, Noctis of Final Fantasy XV is one of the best examples of this zodiac type in the Final Fantasy franchise. Struggling with the difficulty of his immense rank, Noctis is also withdrawn due to a childhood accident and an overprotective upbringing.

Scorpios are never a sign that forgives and forgets easily. Noctis follows through on this, forcing his way through his journey even when he should rely more on his friends.

Sagittarius, a fire sign, is known for generosity and bluntness in equal measure, embodied by the mighty Barrett, who is so blunt that his lower arms and hands have been replaced with guns.

Barrett’s burning hatred for Shinra makes him a dangerous person to be around. Moreover, his generosity can be entirely displaced by the judgmental nature of his sign, making him a bad person to associate with for people like the ex-SOLDIER Cloud, at least at first.

The protagonist of the FFXIII trilogy, Lightning, is the exceptional, optimistic, and sensitive soul of the Capricorn. Initially cold and detached, she quickly warms to her friends and becomes a second mother to those who trust her.

Her focus on rescuing Serah in both FFXIII and Lightning Returns makes her seem irresponsible and impersonal at first. However, this is only because she’s so specifically determined to see the one important task through.

Final Fantasy V’s leader combines the best and worst traits of the Aquarian. With independent idealism, Bartz leads his team through one of the most difficult Final Fantasy games to date. He also tends to be emotionally detached and aloof from his team, another Aquarian trait that is difficult to deal with.

Aquarians can take comfort from Bartz in that while connection can be a problem, their companions can be forgiving.

Pisces, a water sign, is associated closely with the duality of nature, keeping with its dual fish symbolism. Sensitive and sympathetic, Celes’ story arc revolves around her dual nature as warrior and leader and her place in bringing hope back to the desperate people of the World of Ruin.

Celes’s greatest weakness is her struggle with boundaries, which is made an emblem in her fight both to nurse the old man back to health and to bring the party back together. But her faith in her comrades is eventually rewarded, and they battle with the Joker-like Kefka to bring peace to the shattered realm.