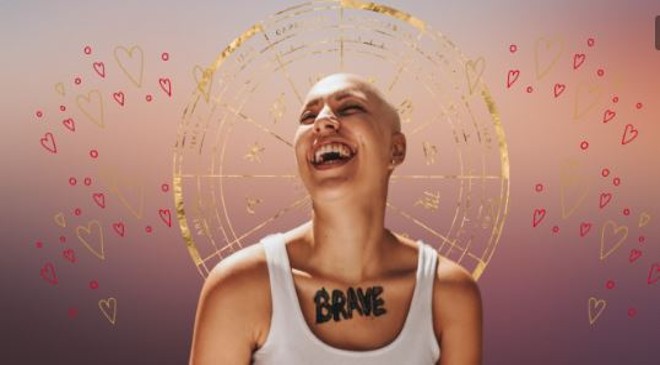 Every now and then, we feel like we want to be one of those zodiac signs who own up to themselves and make a decision to be true to themselves, no matter what.

While that sounds fantastic and totally advisable, ‘being one’s self’ is oftentimes a risky move, especially during a wacko transit like Uranus retrograde, which inspires originality, and then punishes three zodiac signs for it.

During this transit, on August 24, 2022, three zodiac signs will want to show people who we really are.

No matter what your zodiac sign is, we don’t always believe in ourselves, and during Uranus retrograde, we tend to think that whoever we are is just fine and that is true.

Where this becomes problematic is in how others react to us.

So, the moral of the Uranus retrograde story is: be yourself but expect flak. Because during this event, flak is going to occur.

And that doesn’t feel too fair, does it? We finally come out of the closet and show the world that we are proud to be who we are, and what do we get for our courageous moves?

We get criticized, picked apart, and judged. And not only that we can’t get a date.

Yes, that’s right. During Uranus retrograde, it will be harder for us to have someone take us seriously enough to date, let alone start a relationship with.

Today is the day we start out with high hopes, and we get put to the test to see how much rejection we can endure before we back to hiding under a rock. Yikes.

These three zodiac signs don’t care, they want to be loved for who they are during Uranus retrograde starting August 24, 2022.

You get to live up to the slogan, ‘just when you thought it was safe to go back into the water’ today, as you feel like today is a great day to get out there and be social. Uranus energy brings out your wacky side, and honestly, you like feeling this way.

You’re confident and nutty, and you feel like whatever it is that you have to offer, it’s the best you have.

While all this is just lovely, it won’t be working in your favor today, as Uranus retrograde upsets the process and makes you come across as weird rather than unique and original.

You will try to dazzle someone that you like today, with your ‘unique’ charms and you’ll end up scaring them away. No dates for you, today, Cancer. However, if they can’t take you in your natural state, then why bother with them in the first place?

Uranus retrograde will help you sort through whether you are worthy of your originality or not.

We’d never assume that a Scorpio could be on the ‘no date’ list, and yet, here you are today, thinking you’re the bomb and in a way, you are, as people tend to run away from you on this day. Uranus retrograde puts you in the unique position of being the person who gets rejected for simply trying, today.

This will perplex you as you’re not used to having anyone say ‘no’ to you, but you’ll get your share of that today.

Perhaps today is set up for you to learn the lesson of humility, in so much as you think very highly of yourself while others may not.

Your confidence is always spot on, and it’s enviable however, today puts you in an awkward position; you’ll want to go out on a date and your date will bolt at the last minute, which means you’ll be stood up. That feels terrible and intolerable, and you’ll ask yourself why on earth anyone would stand YOU up. The answer: Uranus retrograde. All bummer and no love.

You’re always in that head-space where you want to be yourself and show others that being unique is a good thing and you are unique. You’re also different enough that at times you feel ostracized.

During Uranus retrograde, you better strap on that seatbelt because not only will you NOT get a date, you’ll be told to back off and get out of someone’s way.

WOW, insulting and snobbish! There is someone in your life who will not accept you as you are, and if they are to have anything to do with you, they want you to move and act according to their plans.

That does sound inhuman, and you will get very turned off by this display of human arrogance, but you’ll get the point: you are a special ‘taste’ and not everyone can appreciate your greatness. Uranus retrograde definitely does a number on your head; it gives you extra confidence and extra rejection for your efforts.