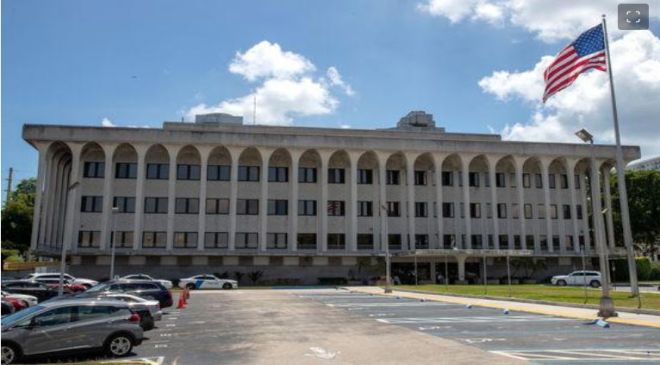 WASHINGTON—A federal judge in Florida said again Monday that he is inclined to make public at least part of an affidavit detailing the evidence that led the FBI to search former President Donald Trump’s Mar-a-Lago home, saying it would “promote public understanding of historically significant events

In a written order memorializing comments he made from the bench last week, U.S. Magistrate Judge Bruce Reinhart agreed with the government that revealing too much of that document could expose witnesses and jeopardize the continuing investigation into the former president’s handling of classified information. But he rejected officials’ effort to keep the entire document—which would provide details about how the FBI established probable cause for its search—under seal and to argue that any effort to redact it placed an onerous burden on the government.

“Particularly given the intense public and historical interest in an unprecedented search of a former President’s residence, the Government has not yet shown that these administrative concerns are sufficient to justify sealing,” Judge Reinhart wrote. He gave the Justice Department until noon on Thursday to suggest portions of the document that should remain secret.

FBI agents removed more than two-dozen boxes during the Aug. 8 search of Mr. Trump’s private club and resort, including 11 sets of classified documents, some marked top secret. The affidavit the judge is considering releasing would lay out what evidence the government had collected, including that provided by any witnesses, and describe why investigators believe a crime may have been committed.

The action set off a furious political response, with the former president’s supporters and Republican lawmakers accusing the Justice Department of overreach.

Several advocacy groups and news-media outlets, including The Wall Street Journal, petitioned the court to make the document public. Mr. Trump and his allies, including some in Congress, have also called for it to be made public.

During a Thursday hearing, Jay Bratt, chief of the Justice Department’s counterintelligence and export-control section, said the affidavit is “very detailed and reasonably lengthy” and that the matter’s “national-security overtones” outweigh the public’s interest in having the document made public. He said going through the exercise of redacting the document would pose a burden on the government.

“Given the public notoriety and controversy about this search, it is likely that even witnesses who are not expressly named in the affidavit would be quickly and broadly identified over social media and other communication channels which could lead to them being harassed and intimidated,” Judge Reinhart wrote, noting that federal law-enforcement officials have seen a surge of threats against them following the search.

It could be some time before the public sees any of the document, as Judge Reinhart said he would assess the proposed redactions before unsealing it. If he disapproves of the government’s redactions, he will create his own redacted version and keep it under seal until the government has the opportunity to appeal.