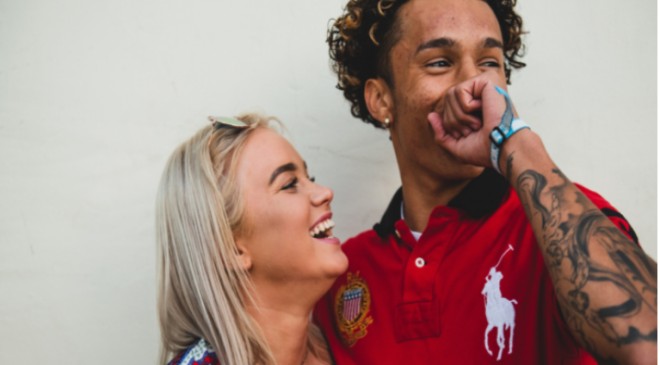 We all have an idea of what — and who — our ideal boyfriend would be like. Strong arms, cute smile, big hands … all those things about boys that make you swoon.

But more than just the outside appearance, you probably have a checklist for his inner self and personality, too.

Astrology reveals just that and can give you an idea of what you can expect from each of the zodiac signs as boyfriends.

Sure, some people might think astrology is fake or blow it off completely, but most can’t deny that at some point we’ve all read something about our zodiac signs and thought, “that is SO true! That’s SO me!”

So when it comes to dating, knowing someone’s sign (or your own) can make it a little easier to figure out what kind of boyfriend he’ll probably be as well as your best zodiac compatibility.

And no, I don’t mean that all Aries men have great arms and all Sagittarius men have good hair — I mean what’s on the inside that makes him either a great person to date or someone you never want to see again. (Although, having strong arms and good hair don’t hurt, either.)

The zodiac signs as boyfriends

At first glance, Aries can seem like an overly-confident, sometimes arrogant boyfriend. The kind of boyfriend you keep around for fun, but not anything serious.

While he can be impatient and always itching for something exciting, he makes an effort in serious relationships.

It doesn’t seem like an Aries move, but he can be an overprotective boyfriend; sometimes without even realizing it. No matter how many stereotypes you can come up with about Aries, when he’s in a relationship, all of that goes out the window.

He’ll surprise you with the type of boyfriend he can be.

Taurus is the type of boyfriend to bring you flowers just because he was thinking about you while he was out shopping.  There’s no shortage of romance when you date a Taurus and he definitely wants to prove that.

Taurus is a very dependable and loyal boyfriend who will have your back no matter what.

Gemini has a lot of enthusiasm for life, which he loves sharing with his significant other. When you date a Gemini, you will always be doing something new and unexpected on the weekends.

One thing people love most about dating a Gemini is that he knows how to be spontaneous.

Whether that means surprising you with a homemade meal or taking you on a spur-of-the-moment road trip, Gemini definitely knows how to keep his relationship interesting.

Cancer isn’t afraid to be honest about his emotions, which makes him incredibly easy to read. This brings a lot of ease to his relationships because you never have to guess what he wants from you.

He is also very intuitive, so even if you aren’t as forthcoming with your feelings, he can already tell what you’re thinking.

Cancer is considered a very loyal boyfriend because he takes pride in having such a deep connection to someone.

He won’t try to change you if you’re not known for being very loyal yourself, but he will make you work for a strong relationship if you want to be with him.

Leo is pretty stubborn in general, which doesn’t really change when it comes to relationships. He might not always want to compromise, even in difficult situations, which can be like talking to a brick wall.

However stubborn Leo might get, though, he will always do his best to protect you. This means protecting you from negative people and emotions, and even cheering you up when you’re having a bad day.

Leo is protective because he knows that his significant other is an important part of his life that he should care for.

Virgo is the type of boyfriend who would show up at your house at 2 in the morning with ice cream and movies if he knew you couldn’t sleep.

He is an incredibly dependable boyfriend who takes the time to get to know everything about you.

For some, being in a relationship with a Virgo isn’t easy because he can be too intense sometimes. He might want to spend all night in deep conversation when all you want to do is watch a movie.

Virgo is definitely an acquired taste for some.

Libra is one of the most easy-going boyfriends you will ever have. He’s up to do just about anything as long as he’s spending time with you, but while that is nice at first, it can make him seem disinterested in everything.

Libra’s mission as a boyfriend is to make his significant other happy no matter what. Unfortunately, this can make it hard for him to express his own needs later on.

But even if there are difficult things you need to talk about with him, he always stays even-tempered, making it easy to move on from disagreement.

Scorpio is known for his passion and intensity with his significant other, which drives most of his relationships. However, just because the two of you are having great sex doesn’t mean that this is his only intense emotion.

Scorpio can get jealous and angry fast, making his relationships very volatile.

Scorpio is also a very guarded person, which makes it hard for him to open up to others. You need to be incredibly patient when dating him because it’s very rare that he will be open with you from the beginning.

Sagittarius is super charismatic, which means he is constantly flirting with people (which is also how you two probably met). He has a very idealistic view of life, so he thinks that life should be enjoyed no matter what.

This can be a both good and bad mindset for your boyfriend to have for two reasons: it means he’s incredibly adventurous and spontaneous, but it also means that he doesn’t like being tied down.

Sagittarius doesn’t believe in long, serious relationships, but the time you do spend with him will be exciting.

Capricorn is in it for the long haul, so he will do everything in his power to make his relationship work.

That said, he can be pretty picky (he is looking for “forever”), so he might already have a long list of deal breakers when you first meet him.

Don’t let his quirks or pickiness deter you, though. Capricorn is one of the best boyfriends you can have (if you’re looking for long-term, too) because he knows what it takes to build a strong bond and make things last.

Aquarius is a very social creature by nature, so his idea of a great date is taking you to a party and having fun with all of your favorite people.

He enjoys meeting new people, so it makes it easy for him to adapt to any situation.

Aquarius is also a terrific communicator, so he won’t let any arguments or disagreements get swept under the rug to make the relationship easier.

He knows that without a good foundation, even the relationships that seem the best from the outside can crumble. When Aquarius really likes you, he will put in the work.

Pisces is the underdog when it comes to boyfriends because no one sees his real potential until after they start dating him. Not only is he down for whatever you want to do, but he’s also crazy romantic and emotionally available, which is something everyone wants in a boyfriend.

He might not want to admit it right away (or maybe he does), but Pisces is definitely looking for The One.

He will still make the most out of casual relationships, but his main goal is looking for love. This means that Pisces will show you the best parts of him first so that you fall head over heels in love with him.