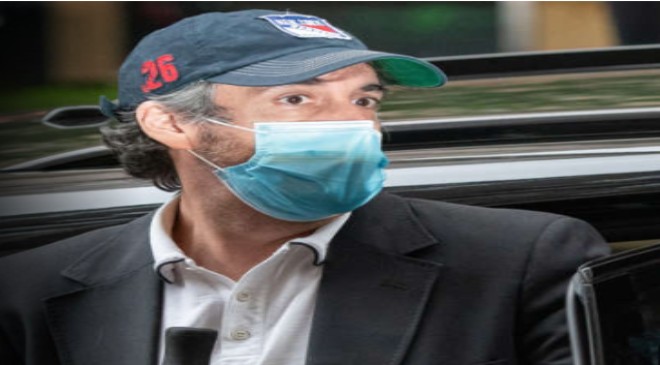 The investor, who’s best known for betting against the housing market ahead of the 2008 crash, tweeted Friday that credit balances are rising “as consumers choose violence rather than cut back on spending in the face of inflation.”

“Covid helicopter cash” — possibly referring to stimulus checks during the pandemic — has enticed people to buy more, he said, which has drawn down savings. Burry ended the tweet by saying “winter coming,” likely a reference to the popular TV show “Game of Thrones.”

Like most of his tweets, the meaning isn’t entirely clear, but he appears to be warning that Americans are overextending themselves financially as inflation continues to plague the economy. On Thursday, he pointed out that the Nasdaq’s 20% rally from its June low doesn’t mean a bull market is back. In the early aughts, the index gained 20% at seven different times as it fell 78% to a 2002 low, he said. He deleted the tweet soon after posting, as he commonly does.

Burry did not respond to a request for comment on the tweets.

US consumer borrowing increased by $40.2 billion in June from the prior month, the second-biggest increase ever, according to data from the Federal Reserve. Inflation is still running hot, with the latest figures showing a slight decrease from June, and payment networks like Mastercard Inc. have reported a surge in demand as everyday goods became more expensive. Plus, data from the University of Michigan released Friday showed consumer sentiment rose to a three-month high.

The warning from Burry comes a week after he posted about “silliness” in markets as an obscure Hong Kong financial services firm called AMTD Digital Inc. skyrocketed in value.

On Friday, both the S&P 500 and Nasdaq 100 stock indexes headed toward their fourth weekly gain, the longest streak of increases since November.