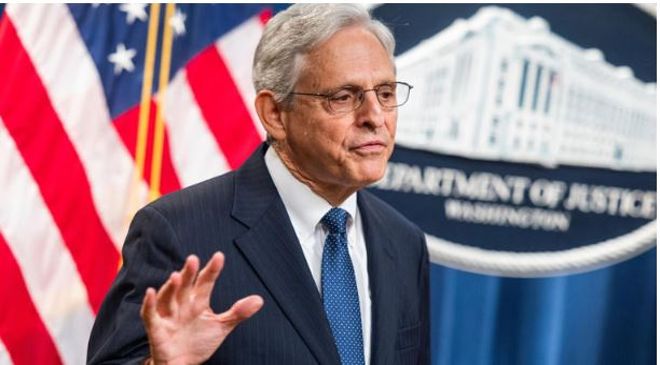 All week, former President Donald J. Trump’s allies pressed Attorney General Merrick B. Garland to explain the basis for the search warrant federal agents had executed at Mr. Trump’s Mar-a-Lago residence — and he refused to break the silence he wears like his unwrinkled, federal blue suit.

On Thursday, Mr. Garland finally responded, summoning the news media to a seventh-floor briefing room at the headquarters of the Justice Department to offer a public rationale. The new information he provided was extremely limited, and largely dependent on whether Mr. Trump’s lawyers choose to block the release of the warrant and other documents sealed by a federal judge.

But the fact that he felt compelled to speak at all says much about the high stakes and the depth of the possible pitfalls in a closely watched investigation.

Mr. Garland personally signed off on the search.

Justice Department officials have been exceedingly tight-lipped since Monday, when F.B.I. agents entered Mr. Trump’s inner sanctum to emerge with boxes of sensitive documents the former president had taken with him to Florida. And they were particularly loath to discuss Mr. Garland’s role — whether he had approved the search or even if he knew prosecutors with his national security division had made the extraordinary request to sift through the personal property of an ex-president.

That silence fueled speculation that Mr. Garland was somehow out of the deciders’ loop, or that he wanted people outside the department to think the process was somehow on autopilot to provide himself with political cover.

Not so. Halfway through his terse, tense two-minute statement, he offered an unequivocal and resonant buck-stops-here assertion.

“I personally approved the decision to seek a search warrant in this matter,” Mr. Garland said.

The ball is in Mr. Trump’s court.

Moments before Mr. Garland spoke, a top official in the Justice Department’s national security division, counterintelligence chief Jay I. Bratt, filed a motion to unseal the search warrant, along with an inventory of items retrieved in the search.

The last sentence of the document contained a critical caveat. It gave Mr. Trump’s legal team the opportunity to present a “countervailing” argument against releasing the warrant, putting the ultimate decision in the hands of the former president and the federal judge, Bruce Reinhart, presiding in the case.

Why is that important?

Because optics matter. A lot. Mr. Garland, above all else, wants to avoid accusations that he is litigating cases in the public arena, which he believes will fatally compromise any potential prosecutions, and further damage the already shaky reputation of federal law enforcement following the out-front behavior in 2016 of James B. Comey, the former F.B.I. director, regarding the investigation into Hillary Clinton’s emails.

Proposing that the documents be made public — while giving Mr. Trump’s team the chance to thumbs-down their release — puts the onus of disclosure on the former president, and it affords Mr. Garland an opportunity to counter his critics, who have demanded he explain the rationale behind his actions.

Mr. Trump’s team has not yet said what they will do. Judge Reinhart has given them until 3 p.m. Friday to make their case either way.

Will the warrant contain any bombshells?

A federal search warrant, especially one issued in such a high-profile, high-stakes case, is likely to contain at least some new information and insights. But in most instances, they do not contain a trove of new detail, current and former prosecutors say.

Much of the important information included in the Mar-a-Lago warrant is already public, including the name of the judge who issued it and the warrant’s origins in a monthslong probe, initiated at the request of the National Archives into Mr. Trump’s handling of sensitive White House documents after he left office in January 2021.

The most interesting, and perhaps damning information, is likely to be hidden inside supporting affidavits presented by the Justice Department to the judge. They might, for instance, contain details about witnesses who alerted the government about materials Mr. Trump did not turn over as part of previous negotiations with the department.

But those affidavits do not have to be been turned over to Mr. Trump’s legal team under law, and the department is unlikely to ever release them to the public, officials said.

That leaves two other sets of documents: the inventories of materials sought by agents going into Mar-a-Lago, and the manifest of what they carted out.

If there are any major new revelations, they could be here. The Justice Department’s request to unseal those records explicitly states that they be “redacted” to exclude the names of the law enforcement personnel who executed the warrant. What is less clear is how specific the descriptions on the lists of the documents are — which could make a significant difference.