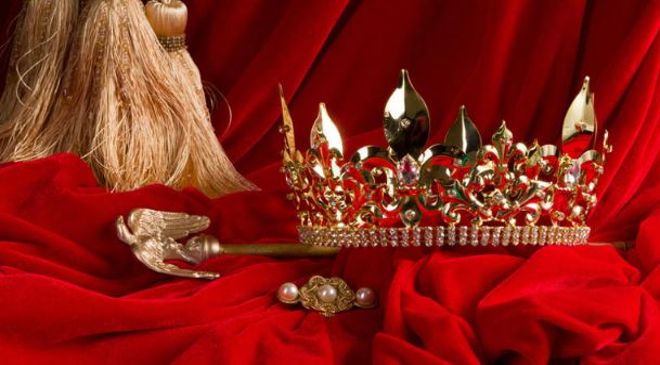 The Royal Household of the United Kingdom is made up of different departments to collaboratively support members of the royal family. One of the five departments is The Lord Chamberlain’s Office, which is responsible for organizing events and ceremonies, including weddings, funerals, state visits, and parties, just to name a few. The lord chamberlain is considered a senior member of the Royal Household and maintains open communication between the House of Lords and the monarch (per Royal UK).

The Lord Chamberlain’s Staff And Key

The lord chamberlain carries two items during ceremonies to symbolize his office. The first is a white staff, which, as Atlas Obscura notes, is part of an old tradition. British monarchs have been known to bestow staff in different colors (purple, red, blue, green, white, and black) to officials, each representing an administrative duty. The second item is a golden or jeweled key typically kept in the hip pocket. The key symbolizes the lord chamberlain’s role as an overseer of the Royal Household.

Breaking Of The Staff