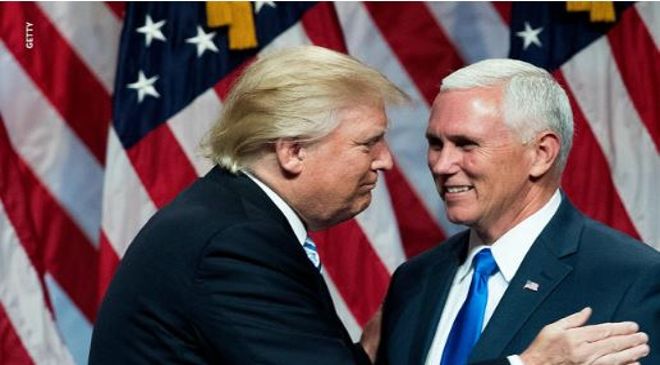 The August primaries continued on Tuesday with Democrats looking to maintain their momentum in Wisconsin.

In 2016, then-candidate Donald Trump penetrated the so-called “blue wall” when he defeated Hillary Clinton for president.

But in the years since, Democrats have collected significant wins with Tony Evers being elected governor; Sen. Tammy Baldwin securing re-election and Joe Biden winning in 2020.

Democrats are looking to continue those string of victories by  nominating a Democrat – Lt. Gov. Mandela Barnes – whom they believe can unseat Republican Sen. Ron Johnsonin a race that could determine who controls the upper chamber next year.

Sticking in Wisconsin, Trump’s tug-of-war with other top Republicans also continued in the gubernatorial primary, where he supported Tim Michels, a wealthy pipeline construction executive against former Lt. Gov. Rebecca Kleefisch, who was endorsed by former Vice President Mike Pence.

The biggest shock came out Minnesota, where a prominent member of “the Squad” had an unexpectedly close contest in the Democratic primary that could rattle progressives who’ve leaned into police reform.

Vermont voters will also be looking to replace longtime Sen. Patrick Leahy, who is retiring after serving roughly 50 years. The Green Mountain State also could be sending its first woman to Congress as a two are vying for its lone House seat.

Barnes coasted to victory on Tuesday after three of his chief opponents dropped out of the primary in the final weeks of the race.

Once those rivals endorsed Barnes, he began to launch attacks against Johnson, whom Democrats are hoping could be one of the few vulnerable GOP incumbents on the 2022 map.

The state’s first Black lieutenant governor, Barnes, 35, is now looking to be its first Black senator. He has run as a progressive focusing mostly on jobs and saving the middle class.

“The days of Ron Johnson and the GOP leaving people behind are over,” Barnes said in an Aug. 9 tweet. “Change is coming, and the future will work for working people. We will make sure of it.”

Republicans are expected to focus on Barnes’ past comments in support of grassroots movements that called for defunding police and abolishing the U.S. Immigration and Customs Enforcement.

Johnson described Barnes as the Democrats “most radical left candidate” in the primary.

“Regardless of how Mandela Barnes and his allies in the mainstream media attempt to paint his views, Wisconsinites should not believe a word they say,” the senator said Tuesday.

But Democrats point to Johnson’s lowering popularity in recent months, which has dropped to a 37% favorability rating in June, according to the most recent Marquette Law School Poll.

Trump and Pence have been at odds in multiple Republican primaries this year, and their cold war played out again in Wisconsin’s primary.

This time the two former running mates locked horns over the GOP nominee for governor with businessman Tim Michels winning over Kleefisch.

As has been the case in other states, Trump has a personal grudge against the Wisconsin Republican establishment over their lack of enthusiasm in helping him overturn the 2020 election.

As a result the former president endorsed Michels, a construction executive who made his first bid for public office this year.

Kleefisch had the backing of Pence and other prominent Wisconsin GOP leaders, including former Gov. Scott Walker.

But Trump didn’t get everything he wanted out of Wisconsin.

Assembly Speaker Vos Robin Vos defeated challenger Adam Steen, who was endorsed by the former president, in the GOP primary.

The Republican legislator angered Trump after refusing his demands to have the state legislature decertify the 2020 election results in the state. Joe Biden won Wisconsin by about 21,000 votes.

Rep. Peter Welch, the favorite to win the Democratic Senate primary, secured the nomination within an hour of polls closing in Vermont.

Welch, an eight-term congressman, is looking to succeed Sen. Patrick Leahy, who is retiring after serving almost 50 years in Congress.

Vermont is considered a safe Democratic seat, according to most political prognosticators.

Vermont on the cusp of history

The fallout from Leahy’s retirement could open the door to  history. With Welch running for the Senate, the Green Mountain State’s lone congressional seat has no incumbent for the first time since 2006.

Despite its progressive reputation, Vermont remains the lone state that has never had a woman represent it in Congress. But that will likely change this fall.

The two had very little differences on issues or policy, but the contest did represent a joust between Vermont’s two senators and their respective wings of the party.

Balint, the more progressive candidate, was endorsed by Sen. Bernie Sanders while Gray was supported by Leahy.

One of the biggest surprises of Tuesday’s contest was how a prominent member of “the Squad” — a crew of left-leaning House Democrats — had a much tighter race than expected.

Democratic Rep. Ilhan Omar, of Minnesota, has been one of the more outspoken and visible lawmakers demanding police reform in the state where George Floyd was murdered by Minneapolis law enforcement officers in 2020.

Samuels, who grabbed a late election endorsement from Mayor Jacob Frey, also focused heavily on his role in defeating a Minneapolis ballot initiative that tried to replacing the police department with a new public safety agency.

It was a nail-biter for most of Tuesday evening with Omar winning by roughly 2,500 votes. That was much closer than her 2020 re-election primary , which she won by a little more than 35,000.

Omar, however, did not waver during the campaign from her vocal and visible support of the cutting police budgets to fund other anti-violence and social programs to lower crime.