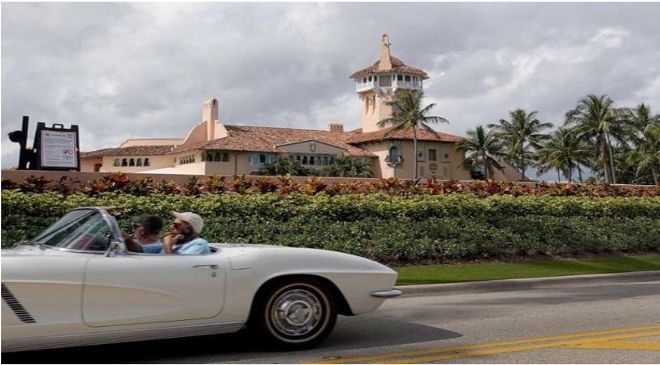 The sources told ABC News that the search began at around 10 a.m.

The former president put out a statement Monday evening saying federal investigators were there and that they had even gotten into his safe.MORE: National Archives confirms some documents retrieved from Mar-a-Lago were classified

Trump was not there at the time of the search.

Sources tell ABC News that the search of Mar-a-Lago was related to the 15 boxes of documents that Trump took to Mar-a-Lago when he departed the White House — some of which the National Archives has said were marked classified.

In January, Trump handed over the documents to the National Archives, and attorneys for Trump said they were searching for any more records they may have.

A senior official briefed on Monday’s events told ABC News that the Secret Service was notified by the FBI a short time before agents arrived that they would be coming. The Secret Service validated the search warrant and facilitated entry into the residence, in accordance with a court order, the official said. Secret Service agents were not involved in the search.

Following the raid, a growing list of Republicans tweeted, with some attacking the Justice Department and the FBI, including House Minority Leader Kevin McCarthy.

He tweeted a statement that read, in part, “The Department of Justice has reached an intolerable state of weaponized politicization.”