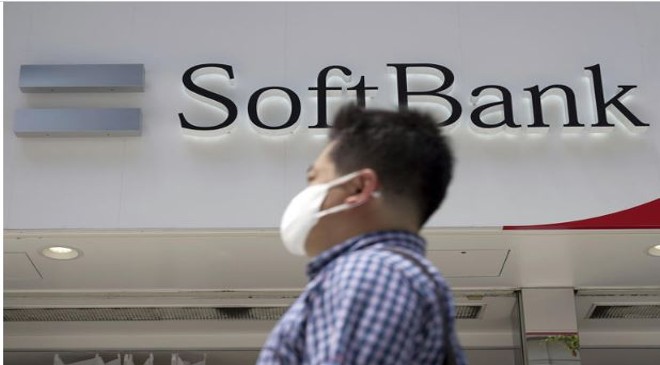 TOKYO (AP) — Japanese technology company SoftBank Group posted a $23.4 billion loss in the April-June quarter as the value of its investments sank amid global worries about inflation and interest rates.

SoftBank Group Corp.’s loss of 3.16 trillion yen was a reversal from its 762 billion yen profit in the same quarter a year earlier.

For the fiscal year that ended in March, Softbank racked up losses of 1.7 trillion yen ($13 billion), a reversal from the 4.9 trillion yen profit for the previous year. Annual sales grew 10.5% to 6.2 trillion yen ($46 billion).

Although Softbank’s portfolio is not directly exposed to the war in Ukraine, the company warned that global uncertainty as well as inflation and soaring energy costs would likely hurt its profitability. Foreign exchange losses also bit into its earnings.

Softbank’s intended sale of British semiconductor and software design company Arm to Nvidia failed earlier this year. SoftBank is now promising lucrative future growth at Arm, including an initial public offering, although a date has not been announced for that offering.

SoftBank acquired Arm in 2016. Arm is a leader in artificial intelligence, IoT, cloud, the metaverse and autonomous driving. Its semiconductor design is widely licensed and used in virtually all smartphones, the majority of tablets and digital TVs. Such technology is considered key for autonomous driving cars.