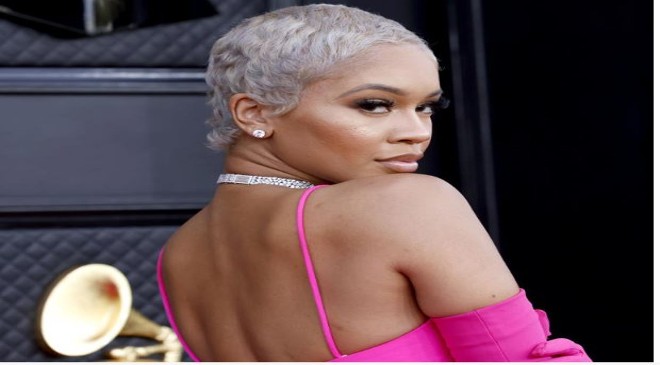 Diamonte Harper, better known as Saweetie, become an overnight sensation in 2016 when she shared a video of herself rapping what was to become her hit single “Icy Girl” on Instagram. As a self-made artist, she watched both her parents hustle when she was younger and had big plans to prove her talent when she left for college. Now with a goal of creating a media company, she’s learning the importance of taking care of herself first.

“I’ve been stressed out for the last three years,” Saweetie told Kevin Hart in an interview on his talk show, “Hart to Heart,” “The stress of being a woman in the spotlight, it’s very microscopic. Questions like ‘What are you doing with your life?’ Everyone is micromanaging your moves, making comments, opinions, and I wasn’t used to that.” She also said that starting her own business and managing employees was an additional learning curve.

While she said, “I haven’t reached a breaking point where I thought, ‘I don’t want to do this anymore,'” she did admit to having “tons of mental breakdowns.” She said with a “high tolerance for stress, pain, and turmoil,” her anxiety can become quite physical. “My body overheats, I feel like the inside of me is rotten without lots of sleep, and I get really dehydrated.”

This isn’t the first time Saweetie has talked about the toll success has taken on her well-being. People reported previously that her busy schedule comes with its own set of mental health challenges: “I feel like I’m being run down to the ground right now and my body doesn’t feel good,” she said. “I’ve had mental breakdowns and it’s just really stressful.”

Saweetie introduced self-care into her routine last year, when a couple of her mentors noticed her increased anxiety and asked her if she’d ever tried meditation. “Before, I didn’t know what meditation was, but I tried it, and it was a 180 for me,” she said. “Meditation helps with balancing your energy, centering yourself, it allows you to think thoroughly and clear, and it’s been such a gift to me.” Through meditation practice, she said, “I realized my chakras were damaged,” which she explained as energy points through the body that were blocked.

Besides meditation and realigning her chakras, the singer also made a major hair change recently. On “Hart to Hart,” the “My Type” rapper showed off her new buzzed hot-pink hair, which she said is part of her transformation. “I read that hair holds a lot of energy, so essentially, it’s the metamorphosis of Diamonte Harper to Saweetie – from caterpillar into butterfly.”

Saweetie has also chosen to cut social media out of her life. “I don’t check social media anymore,” she said in the interview. She’s found it worthwhile to cut out the toxicity. Hart added, “If you go about your day without checking your phone, nothing can get to you.”

As a Cancer, though, Saweetie said she’s guilty of wanting to see other people happy, “even if it’s draining.” This may explain the burnout she has spoken about before and aligns with what astrologer Lumi Pelinku told POPSUGAR previously: “Saweetie’s sun sign is in sweet and sensitive Cancer, which implies the rapper is soft and giving.”\

But she doesn’t intend to slow down anytime soon. Saweetie has plans to release an album this year and launch her own media company. “Music and business are both a form of service for me,” she said, which is such a Cancer thing to say.

Hart congratulated Saweetie on becoming an “elevated version” of herself. “Your growth is happening right in front of your fans’ eyes,” he said. “Your dark days could’ve been the darkest, so let’s focus on the bright days to come.”