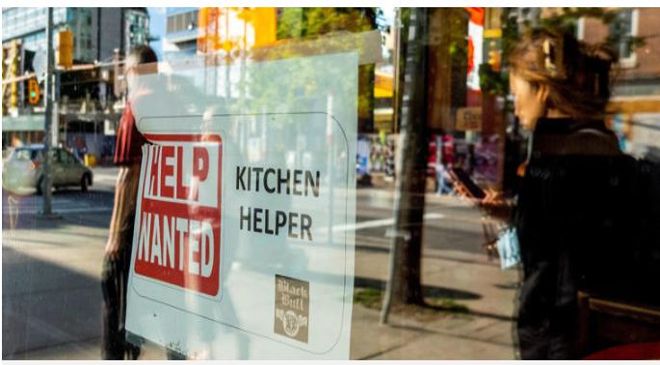 Employment at small firms fell in July for the first time in 2022 because they can’t find the right workers, according to data released Thursday by the National Federation of Independent Business (NFIB).

Small businesses lost an average of 0.14 workers per firm in July, according to NFIB data. Companies want to hire and expand their operations but roughly half of all small business owners had open positions that they couldn’t find workers to fill, the data showed.

“Hiring has never been harder for small business owners,” NFIB Chief Economist Bill Dunkelberg said in a press release. “The labor shortage remains frustrating for many small business owners as they continue to manage inflation and other economic headwinds. Owners are adjusting business operations where they can to help mitigate lost sales opportunities due to staffing shortages.”

The 49% of small business job openings that are vacant “far exceeds” the 48-year historical average of 23%, according to The Wall Street Journal.

Overall, 64% of small business owners reported hiring or trying to hire in July, and 91% of those looking to do so reported few or no qualified applicants for the positions they were trying to fill, according to the data.

The reason for the difficulty hiring is that the number of job openings in the economy is larger than the number of unemployed workers, according to the NFIB report.

In part, this is due to the fact that “the Labor Force Participation Rate remains disastrously low, lower than it was pre-pandemic, and much lower than it was a decade ago,” Alfredo Ortiz, president and CEO of the Job Creators Network, told the DCNF.

“We’ve always paid our cooks and other employees top-of-the-market rates, but wages that were the best in the area a few months ago are now just the average,” Shibley told the DCNF in July.

The NFIB told the DCNF the worker shortage is caused by a variety of factors “including individuals not returning to the workplace after the COVID pandemic, retirees, decrease in work visas and immigration, among numerous other things.”

This story has been updated with additional comment from the NFIB.

Content created by The Daily Caller News Foundation is available without charge to any eligible news publisher that can provide a large audience. For licensing opportunities of our original content, please contact [email protected]