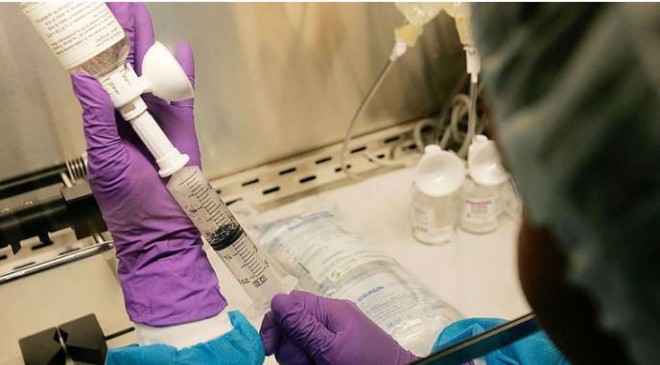 Scientifically-altered T cells, which produce the body’s immune response, may be a key to defeating leukemia, lymphoma, and multiple myeloma, say authors of a new study.

T cells are white blood cells that permanently patrol human tissues and blood vessels, hunting down foreign invaders such as bacteria and viruses.

These cytotoxic or killer cells can be taken from the cancer patient’s blood and then fortified with added artificial, chimeric antigen receptors as a last-ditch treatment for the above cancers.

In theory, when these modified or CAR T cells are returned via infusion to a patient, they go into action against cancer and multiply and continue living in the body as a living drug that can destroy specific tumors.

However, patients still have relapses of cancer because tumor cells outwit CAR T cells by producing more of the EBAG9 protein in genes, which stimulates the T cells to do the same.

In T cells, EBAG9 inhibits the release of cytotoxic enzymes, which slows the immune response.

For years, researchers knew that the EBAG9 gene plays an important yet unidentified role in cancer.

Researchers at Germany’s Max Delbrück Center for Molecular Medicine in the Helmholtz Association found that lab mice without that gene dealt with bacterial and viral infections much better than mice with the gene.

The mice also formed more T memory cells, which are of particular interest in tumor biology.

This showed in human cells, as in the mouse model, the silencing of EBAG9 reduced tumor growth much more. Relapses also only developed much later.

“Releasing the EBAG9 brake allows the genetically engineered T cells to release more cytotoxic substances. However, they don’t cause the strong cytokine storm that is typically a side effect of CAR therapy,” said Wirges.

The risk of side effects, say the study’s authors, is minimized because fewer cells are used.

“Switching off the immune brake works across the board. We can do it with every CAR T cell that we produce – regardless of which type of blood cancer it targets,” Rehm said.

For now, clinicians will have to rely on chemotherapy combined with conventional antibody therapy.

But a single treatment with that product can save a life, claim the authors.The team is now looking for clinicians and financing to conduct clinical studies.

In November, they plan to present their findings to Germany’s Paul Ehrlich Institute, which approves such therapies.