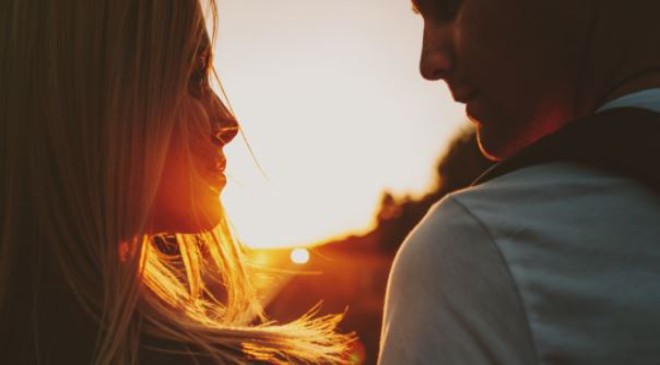 Whether you’ve just swiped right on someone or you’ve been dating for a while, there comes a time in every budding relationship when you can’t take it anymore, and you just have to bite the bullet and… ask your love interest their birth time. From the most casual horoscope readers to veterans who read charts professionally, more and more people are using astrology as a tool for getting a read on compatibility.

There’s just one popular pitfall: All too often, people will assume they can judge compatibility on sun signs alone. While sun signs do offer intel on self-image and identity, they’re really just the tip of the iceberg when it comes to understanding yourself — let alone how you’ll connect or butt heads with a potential S.O. That’s why it’s best if you can check out both of your whole natal, aka birth, charts.

Here, the main rules of the road when it comes to decoding whether or not you’ll truly hit it off with someone romantically.

Consider the Planets of Love and Sex

When you look at a potential partner’s chart (which you can calculate on a variety of free birth chart sites), you’ll want to note not only their sun sign but their:

The moon is the emotional compass of your chart, shaping your sense of safety and security, values, and intuition. When you express how you feel in your heart of hearts, it’s coming from your moon sign. It’s how you nurture — and want to be nurtured.

The planet of love, romance, money, beauty, and art, a person’s natal Venus speaks to the way you relate to others and express desires and passions. It colors what you value and how you relate to and experience pleasure. It also influences how you socialize and attract people.

Mars, the go-getter planet, speaks to how you take action, your energy, sexual expression, and courage. It also influences how you contend with and display anger and passion.

The sign that was ascending on the eastern horizon at the time of your birth is considered your rising or ascendant. It speaks to the image you project out into the world, and it offers insight into your skills, talents, and strategies you might adopt to make your way in life.

While it’s technically not a planet traditionally associated with love and sex, Jupiter is the planet of expansion and abundance. It speaks to how you make your luck and experience fortune, so it’s often an astrological compatibility factor for couples who simply feel luckier — or literally experience more luck in life — as a result of being together.

Saturn is the planet of boundaries, limitations, hard work, and your natal Saturn placement speaks to the lessons you need to learn in this life. It is rarely spoken about in this context, but it’s important to consider when you’re thinking about long-term relationship compatibility. As the planet of commitment and structure, it provides that sticktoitiveness that you’ll need to make it through one anniversary after the next. (One particular, starry illustrated example: J.Lo’s natal Venus is in Gemini at 19 degrees, while Affleck’s Saturn is at 18 degrees of Gemini. This conjunction can strengthen a romantic connection and turn it into one spanning not just years but decades.)

Once you’ve pinpointed the signs that each of these romance power playing planets is in for your love interest, it can also help to check out the degrees. Every sign spans 30 degrees, so you’ll notice that your Mars might be at 15 degrees Leo while your potential partner’s Venus is at 17 degrees Leo — and that would indicate a fairly tight conjunction (more on that in a sec). Or perhaps your moon is at 2 degrees Aquarius and their Jupiter is at 6 degrees Libra, making for an emotionally harmonious trine. Placements sitting 10 degrees or fewer between one another are worth taking note of, and of course, the closer they are, the stronger the aspect will be.

In general, you’ll want to think about how your potential partner’s placements “talk” to your placements. And as you can probably tell by now, it’s not just about looking to see if their moon sign is in the same sign as yours or in a compatible element. You’ll want to think about how their big six (aka personal placements) connect with your big six — and again, perhaps also Jupiter, Saturn, even Neptune (the planet of spirituality, fantasies, and imagination) and Pluto (the planet of power and transformation).

Here are the aspects that speak to a harmonious bond:

This is when two placements are in the same sign, which can be a strong sign of likemindedness and a shared perspective. Back to Bennifer — those two share a few conjunctions. Not only are Venus and Saturn both in Gemini, but Affleck’s natal Pluto conjuncts Lopez’s natal Jupiter in Libra, the sign of partnership, emphasizing the theme of growth between them, and his Neptune is conjunct her Mars in Sagittarius, which can promote a rose-colored glasses vibe between them — especially between the sheets.

This is when two placements are four signs — or 120 degrees — apart. An easier way to think of this one: It speaks to a shared element. Say your sweetheart’s moon is in mutable water sign Pisces, and your sun is in cardinal water sign Cancer — they’re trine one another. If you need a refresher, here are the signs in each element:

When placements are two signs — or 60 degrees — apart, they form a sextile, which is basically like the trine’s little sister. It promotes a friendly, easygoing, and lighthearted connection but also feels more like an invitation to hit it off versus immediate, obvious bond. As long as they aren’t sitting opposite one another, fire and air signs sextile one another as well as earth and water. Here are the signs that sextile one another:

The following aspects between particular placements — what’s referred to as synastry — could be a sign that you’re astrological soulmates:

This is one my parents share — and they’ve been happily married for over 45 years. When one person’s core identity is the same as the other’s emotional compass, it’s easy to — usually right off the bat — form the kind of partnership in which you can’t help but understand one another intuitively.

Say you’re a Virgo seeing a Taurus or a Leo going out with a Sagittarius? Your suns, in the same element, trine one another. If you’re a Libra seeing a Leo or a Taurus with a Pisces, your suns sextile one another. You’re wired similarly in terms of how you see yourselves and likely have an innate comprehension of one another’s life purpose. Sun trine sun will make for pretty immediate and obvious sparks, while the sun sextile sun connection might be a little less obvious at first blush but can also offer a hefty dose of harmony.

If one person’s moon — aka emotional compass — or Venus — which speaks to what they’re attracted to— is aligned with the other’s ascendant/rising, chances are you’re going to be attracted to one another from the start. In the rising/ascendant person, the moon or Venus person sees what resonates with their heart or their perception of beauty. And the rising person finds the moon or Venus person super-attractive, as well — in part because they organically get and appreciate them. Particularly when it comes to a Venus-ascendant conjunction, physical attraction can be super-strong and immediate. (That was definitely the case for my fiance whose Venus is conjunct my rising.)

Venus is the planet of love, and Mars is the planet of sex, so the two together usually indicate equal parts romance and fireworks. A conjunction is off-the-charts hot from the get-go, because the way one of you expresses your love language is the same as how the other expresses sexual desire. A trine makes for an organic understanding of one another’s love language and needs between the sheets. And the sextile can be a bit more of a slow burn —  think a friends with benefits situation that ultimately becomes a heartfelt love affair.

Placements in the Descendant aka Seventh House of Partnership

If your potential S.O. has placements in a sign that’s opposite your rising sign, it could be that those placements fall in your seventh house of partnership, which would indicate an obvious one-on-one bond.

In short, exploring your natal chart alongside a potential partner’s can be a wonderful way to see if and how you’ll innately get one another. But as you’ll notice, there are so many complex layers to consider that it’s often best to ease into it, curb any instinct to jump to quick conclusions, and when in doubt, always work with a professional astrologer for higher-level analysis.