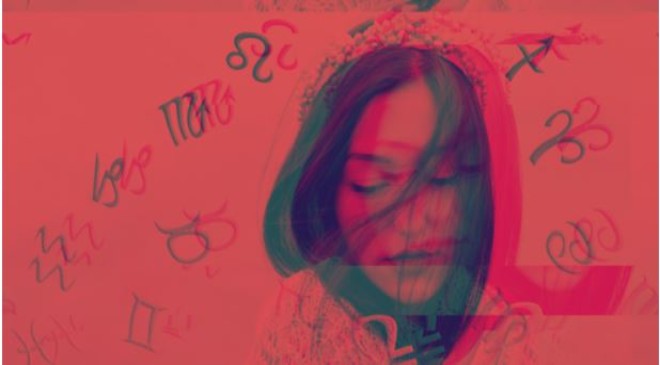 Everyone, no matter their zodiac sign, has shades of toxicity in them. We can’t help it; human beings are extremely flawed and in being flawed, we definitely all have our fair share of negative qualities and traits, at least according to astrology.

But while these sides of us can be suppressed if we try hard enough, certain people tend to bring them out of us. Suddenly, you’re no longer the good girl next door, but a nightmare human.

In other words, some people are so toxic to us that they can turn our entire lives upside down, so it’s important to avoid them and these toxic relationships at all costs.

Here’s the most toxic person you’ll come across, and should avoid, based on your zodiac sign.

When you have two pig-headed, stubborn zodiac signs, it’s the perfect recipe for a disaster. While fire sign Aries, in all their bossiness, can absolutely be regarded as toxic to more than a couple of signs, it’s Taurus when it comes to the person who’s most toxic for them.

As if Aries isn’t difficult enough, Taurus just brings out all their bad qualities, making Aries’ stubborn pride a walking ball of toxicity.

When it comes to signs that have a good head on their shoulders, Taurus is definitely up near the top of that list, if not the very top. Taurus has their life together — that is, until they meet a Sagittarius. Then everything goes out the window.

When Taurus and Sagittarius meet up, Sagittarius’ need to cause trouble in their usual reckless way takes hold of Taurus and lures them in. For Taurus, the excitement of being “bad” for a change far outweighs their usual need to have their life in order. Sagittarius is so toxic to Taurus that Taurus can literally go from riches to rags from Sagittarius’ influence in the matter of one weekend.

If you take the two most open-minded and carefree signs of the Zodiac, what do you get? A hot mess. Why? Because too much free-wheeling never gets anyone anywhere.

Before Gemini and Aquarius know it, they’re just running around in circles, having not progressed or evolved in any way. Sure, they’re having a blast, but there’s a limit to how much fun can be had before things spiral out of control.

Although Cancer puts up a tough front, they’re actually quite sensitive. It’s this sensitivity that makes for a toxic relationship with Gemini.

It’s not that Gemini is all bad — they’re actually a lot of fun — but Gemini tends to be shallow and not very forthcoming. So for someone as sensitive as Cancer, it’s definitely a toxic situation.

On their own, Leo is a difficult sign with their jealousy and possessiveness. When you have that much bravado, it’s hard not to be difficult. So when you throw in Capricorn, who’s one of the most negative of the signs, you basically end up with two miserable people throwing temper tantrums.

Granted, they’re miserable in different ways, but misery is misery, and while it loves company, arrogance, and pessimism, the two major weaknesses of Leo and Capricorn’s dark sides, respectively, do not mix well at all.

When it comes to delicate flowers in the Zodiac, all fingers point to Virgo and Pisces. While this is fine if they’re rolling solo from each other, it’s when they meet up, either romantically or platonically, that things get too hot to handle.

The problem here is that Pisces is sensitive, while Virgo is critical, and they’re both fairly passive when it comes to dealing with their emotions. Because of this, emotions will build and build between these two signs, resulting in a massive explosion of toxic flames going in all directions.

7. Most Toxic Zodiac Sign for Libra (September 23 to October 22): Libra

Fun fact: Too much of a good thing is bad. And that’s exactly what you get when you have two Libras. Charming, shallow, judgmental, and with a love for the finer things in life, these two, when they come together, are a mess from the get-go.

Of course, being too self-involved, they won’t see it, at least not until all their credit cards are maxed out and they’ve broken a whole string of hearts from New York to Tokyo.

Although Scorpios tend to get a bad rap, ultimately, they’re a really interesting bunch of people. Sure, they like to have their secrets and might be a little quirky, but they’re hardly the nightmare that people seem to believe they are.

Well, they’re not a nightmare until they have a run-in with Aries.

When Aries, the tough cookie, waltzes into the life of Scorpio, everything gets flipped on its side. Scorpio is too fragile to handle the confrontational and pushy ways of Aries. Because of this, Scorpio ends up backed into a corner, and you know what happens when you back a Scorpio into a corner? All hell breaks loose.

The thing with irresponsible Sagittarius is that one would think that Cancer’s sensitivity would somehow get Sagittarius into decent shape, and sort of force them to grow up, but that’s not the case.

Because these two signs are so opposite in how they live their lives and deal with people, the sweet-yet-defensive nature of Cancer is immediately rejected by Sagittarius in such a way that Cancer’s presence turns up the volume on all of Sagittarius’ bad traits, making them extremely self-destructive.

At first, Capricorn and Scorpio appear to be a good match. They’re both ambitious in their own ways and no one would ever call either one of them lazy. But Scorpio is warm and passionate in a way that Capricorn is not.

While this might seem like the beginning of a great love story, for Capricorn, warming up to someone just isn’t in their DNA, so when faced with something that isn’t a natural fit for them, they pull inward, shutting the world out. Definitely not the healthiest way to live.

Aquarius and Leo are worlds apart. In fact, when it comes to zodiac signs, you can’t find two signs more opposite. However, it’s not their differences that make Leo so toxic to Aquarius; instead, it’s the way Leo tries to stifle Aquarius’ free-spirited ways.

While not every sign may be able to tolerate the sort of flighty behavior of Aquarius, Leo has such a low tolerance for it that they’re downright cruel about it. It’s also safe to say that, deep down, Leo is jealous they can’t be so free and open-minded.

Although Pisces is known to hold a grudge forever, as long as you never get on their bad side, they make for one hell of an amazing friend to have because they’re one of the most sympathetic of the Zodiac. Virgo, on the other hand, is not.

While Pisces is all about comforting those they care about, and even strangers, Virgo is all about being critical and keeping their sympathy and empathy for others to themselves. This, naturally, is an issue for Pisces, as they can’t help but read Virgo’s behavior as heartless, which makes Virgo even more critical of Pisces and you end up with a vicious cycle.