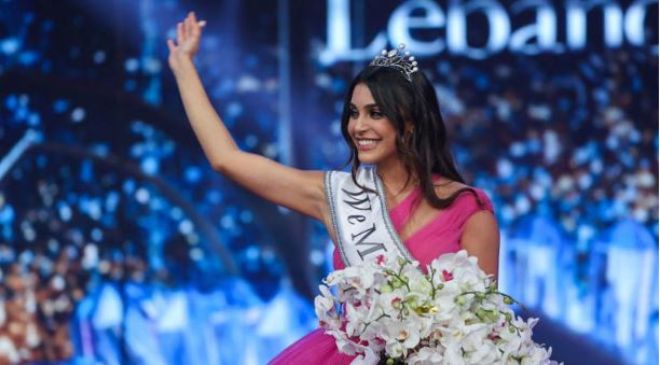 Once regarded as the sole democracy to have emerged from the mass protests of the Arab Spring in 2011, Tunisia is today voting on a newly minted constitution that analysts fear could be the final nail in the coffin of its democratic era.

Polls opened early on Monday and are due to stay open until late. It is unclear when the results will be announced, but many expect the landmark vote to pass, since there is no minimum voter threshold.

Analysts say that, if it passes, Monday’s referendum will be the final blow to the social and political gains made by the North African country since the Arab Spring, setting the country on a path that will be difficult to return from.

“We will establish a new republic that is different from the one we have had over the last ten years,” Tunisian President Kais Saied said on state TV after casting his vote.

When waves of protest rocked the region 12 years ago, engulfing Tunisia, Egypt, Libya, Algeria, Syria and Yemen, Tunisia temporarily rose as the sole success story to emerge from the Arab Spring.

Egypt and Algeria soon came under strict military rule; critics say freedoms and rights have since regressed in both countries. Meanwhile Syria, Libya and Yemen plunged into bloody civil wars. To this day they remain bitterly divided and wracked by grueling poverty.

However, progress in the former French colony has also stalled.

Saied has defended his decrees, saying they are driven by a need to “correct the course of the revolution” and to rid the country of corruption. Among Saied’s targets was the moderate Islamist Ennahda party, whose leader Rached Ghannouchi remains under investigation for money laundering (Ghannouchi denies the allegations, which he has denounced as politically motivated).

Ennahda, a major political player in the country since the Arab Spring, has recently come under criticism for its central roles in Tunisia’s years of economic and political crisis.

Some initially celebrated the decision, with huge crowds gathering in his support in Tunis and other cities, but the opposition has called Saied’s move a coup.

Analysts say the new constitution would eliminate the last structure remaining from the country’s days of democracy.

Tunisia’s 2014 constitution was “the crowning achievement of Tunisia’s democratic era,” said Monica Marks, professor of Middle East politics at New York University Abu Dhabi, adding that it represented the hard work done in the “post-2011 political transition away from dictatorship.”

In May, Saied appointed a “National Consultative Commission for a New Republic,” and tasked it with drafting a new constitution – to be voted on in today’s referendum.

Published in the state gazette on June 30, the draft constitution alarmed activists and rights watchdogs, who say it limits the influence of parliament and essentially signs off on one-man rule.

“There is no meaningful separation of powers,” Marks told CNN.

“There is no oversight between branches of government and there is no presidential accountability,” she added.

While rights and freedoms are promised protection, as under the existing constitution, an array of other issues are sounding alarm bells.

The lack of balance of power and the “absence of checks and balances” in the new draft constitution are a great worry, according to Aymen Bessalah, programs coordinator for Human Rights at Al Bawsala, a non-profit organization founded in 2011 by Tunisian activists.

“These are similarities to the 1959 constitution,” Bessalah told CNN, referring to a previous version that granted sweeping powers to the president.

“He has large and powerful executive powers, and judicial independence is not guaranteed,” Bessalah added.

Other articles grant the president executive authority to appoint senior officials, both civil and military, to take “exceptional measures” in the case of dangers to national security, and to rule by decree until a newly-elected parliament takes office.

While an amended draft of the new constitution was published on July 8, it only included minor changes and kept the president’s proposed powers in place, analysts say.

Several political parties have already rejected the July 25 referendum, and Tunisia’s powerful labor union (UGGT), an influential group with more than a million members, branded Saied’s constitution a threat to democracy but said it would allow its members to vote.

“The proposed draft dismantles many of the safeguards provided in Tunisia’s post-revolution constitution and fails to provide institutional guarantees for human rights,” said Heba Morayef, Amnesty International’s regional director for the Middle East and North Africa, adding that it sends “a chilling message” and sets Tunisian efforts back by years.

Tunisian authorities did not respond to CNN’s request for comment on either the draft constitution or the government’s plans to safeguard freedoms and rights should the referendum pass.

A series of protests and strikes took place in the capital Tunis ahead of Monday’s referendum.

“This hyper-presidential system is a step back and will be difficult to recover from, at least on the short-term,” said Bessalah, adding that once the new constitution is approved – as many expect it will be – a crackdown on freedoms is likely to follow.

“[The referendum] is one extremely important event in a long, continuous process of Kais Saied’s dictatorial consolidation,” said Marks. “That’s the real reason why it is terrifying.”

Israel’s Prime Minister Yair Lapid on Sunday said that Russia’s move to dissolve the local branch of the Jewish Agency, a non-profit organization that promotes and helps Jews emigrate to Israel, would be a serious development affecting relations between the two countries.

Iran publicly executed a 28-year-old man on Saturday, its first in two years, according to the Norway-based Iran Human Rights group (IHRNGO). Iman Sabzikar was convicted of killing a police officer in February 2022 in the southern city of Shiraz, state news agency IRNA reported.

The signing of a deal between Russia and Ukraine – mediated by Turkey and the UN – in Istanbul on Friday was a momentous event aimed at addressing global food shortages. The deal, if it sticks, would release millions of tons of trapped Ukrainian grain to global markets, much of which is desperately needed in the Middle East and Africa.

Lebanon has a new beauty queen for the first time in four years. 20-year-old Yasmina Zaytoun was crowned Miss Lebanon 2022 on Sunday and will represent her country at the Miss World and Miss Universe competitions later this year.

The journalism student is in her third year at Notre Dame University – Louaize, near the capital Beirut, according to the organizers. She wrote on her Instagram account after the win: “I did it.”

It’s the first time Lebanon has held the pageant since 2018, after an economic collapse in October 2019 that has seen its poverty levels soar, medicines all but disappear from pharmacies, and electricity supplies dwindle. According to some United Nations estimates, 80% of the population is living in poverty.

Organizers hope the pageant will help boost tourism in the country, which has struggled because of the Covid-19 pandemic and the economic turmoil; they said the event’s “message is eternal hope for Lebanon’s rise.”

To mark its return, organizers used a play on words as the official slogan of this year’s competition – #WeMissLebanon. Another symbolic gesture was hosting the event at the Forum De Beyrouth – an iconic venue that was badly damaged after the 2020 Beirut port blast, which devastated large parts of the city.

Photo of the day

Lebanese basketball player Wael Arakji wins the MVP award in the final of the FIBA Asia Cup, after he finished with 28 points. His team beat Jordan and China in their run to the final, but lost to Australia 75-73. – Robertus Pudyanto/Getty Images