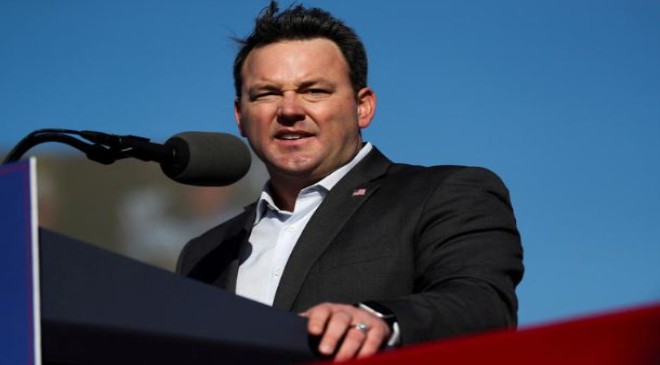 WASHINGTON (Reuters) – A judge in Georgia on Monday granted a Republican state lawmaker’s request to disqualify the district attorney from probing the lawmaker directly in an investigation into efforts by former President Donald Trump and his supporters to overturn his 2020 election defeat.

Fulton County District Attorney Fani Willis and her office were disqualified from investigating Georgia State Senator Burt Jones’ role as one of the “fake electors” who wrongly claimed Trump won the state of Georgia in the 2020 U.S. presidential election.

Jones had called on the court to disqualify Willis from her role as legal adviser in the case over Willis’ support for an opponent of Jones in a fundraiser.

Jones is running for lieutenant governor. Willis is a supporter of his Democratic opponent, Charlie Bailey, and was a guest speaker at a fundraising event for Bailey earlier this year.

“The court grants Senator Jones’s motion to disqualify the District Attorney and her office – as to Senator Jones only,” Fulton County Superior Court Judge Robert McBurney ruled on Monday.

The judge denied a request by the other electors to avoid their own subpoenaed testimony.

Trump has falsely claimed that rampant voter fraud caused his loss in Georgia, a battleground state where President Joe Biden’s victory helped propel him to the White House.

A special grand jury in Fulton County, Georgia, is undertaking a criminal investigation into alleged wrongdoing. It is one of the most serious cases facing Trump, who was recorded in a Jan. 2, 2021, phone call pressuring a top state official to “find” enough votes to overturn his loss to Biden in the state. Trump has denied any wrongdoing.

On Thursday, the judge had refused to quash subpoenas for 11 “fake electors” identified as targets in the probe in Georgia. He said at the time that the fundraiser reflected poor judgment on the district attorney’s part, adding he would issue a ruling later.

“It’s a ‘What were you thinking?’ moment,” McBurney had said. “The optics are horrific.”