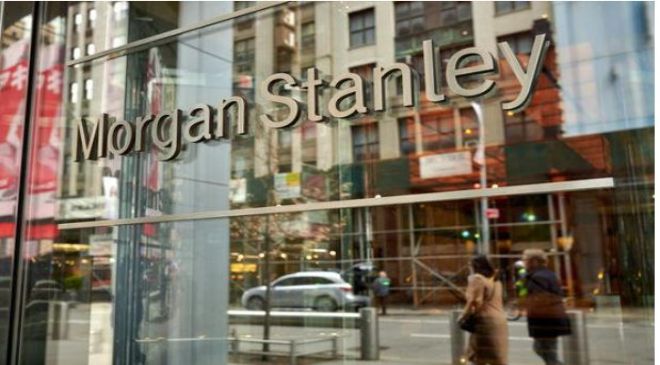 Wealthy people ramped up borrowing in the first half of the year despite rising rates and a stock-market rout that hit the value of their portfolios.

The wealth-management units at Morgan Stanley and Bank of America Corp. posted double-digit loan growth in the second quarter. The increase came from well-heeled clients taking out mortgages and loans backed by assets like stock-and-bond portfolios, executives said.

The growth is another sign that U.S. consumers—admittedly a wealthier subset—aren’t hunkering down in preparation for a recession. On earnings calls earlier this month, the leaders of the biggest U.S. banks said their customers are spending at a healthy clip and keeping up with their debt payments, all without draining their bank accounts.

“Volatility and market decline are when the wealthy make their money,” he said. “This is a buy time.”

Rich families took advantage of more than a decade of rock-bottom interest rates to load up on cheap debt. Loans provided them with a stream of cash that allowed them to avoid selling assets and triggering big tax bills.

Rising interest rates and a declining stock market mean banks are offering less-generous terms these days. Borrowers whose stock portfolios have lost value likely will qualify for smaller credit lines, since lenders generally limit them to tapping a percentage of their holdings. And the variable-rate loans are typically tied to indexes that have risen markedly since the start of 2022 as the Federal Reserve has repeatedly raised interest rates to combat inflation.

But the loans are still far cheaper than what a bank would charge on a credit card, for instance. Current securities-backed loan rates are generally between 3.75% and 5.75%, though the wealthiest clients who can pledge more assets as collateral can get even lower rates, said Tom Anderson, who consults with banks on wealth-management lending.

“For those who have access to it, it can’t be beat,” he said. “It’s going to be your lowest cost of borrowing.”

The richest Americans got even richer during the pandemic, riding twin stock-market and real estate booms that drove up the value of their assets. Americans saved $2.7 trillion extra from January 2020 through December 2021, according to Moody’s Analytics. The top 10% of earners held more than half of that money.

Some put their extra savings into their brokerage accounts they can now borrow against. Others used it for down payments on new properties, turning to banks to finance the rest before rates rose further. U.S. home prices hit a record high in June, but rising mortgage rates have caused home sales to slow.

Andy Sieg, the head of Bank of America’s Merrill Lynch Wealth Management unit, said one reason wealthy clients were borrowing against their portfolios was to pay their tax bills. Individual income tax collections are on pace to reach a record level in the fiscal year that ends Sept. 30.