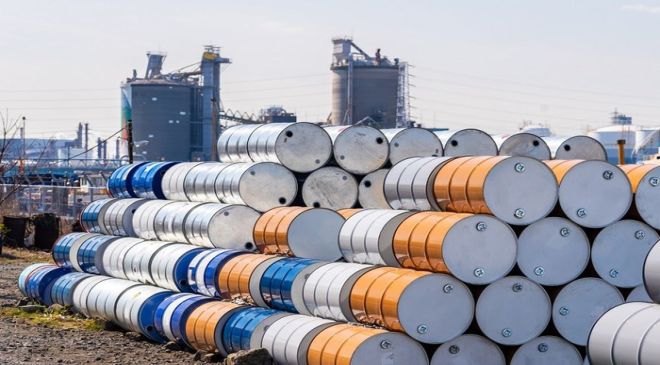 Natural gas is becoming an increasingly vital fuel. It produces fewer carbon emissions when consumed than coal and refined petroleum products, making it a cleaner option for the economy and environment. Meanwhile, energy security has come to the forefront, with Russia using its vast natural gas resources as a strategic weapon in Europe following its invasion of Ukraine.

These trends are leading U.S. oil and gas giant ConocoPhillips (NYSE: COP) to significantly ramp up its natural gas investments. The company recently announced its third deal to expand its liquified natural gas (LNG) capabilities, setting it up to capitalize on growing global natural gas demand.

Becoming a force in LNG

ConocoPhillips unveiled the latest expansion of its global LNG business by signing an agreement with Sempra (NYSE: SRE). The company will take a 30% stake in Sempra’s large-scale Port Arthur LNG project and purchase up to 5 million tons of LNG per year produced from that facility. That’s a sizable portion of the facility’s planned 13.5-million-ton annual capacity from two liquefaction trains. ConocoPhillips will also supply an equal amount of natural gas to the facility and potentially provide additional volumes if needed.

ConocoPhillips also has the option to acquire equity in future LNG trains, and secure additional offtake capacity from a similarly sized Phase Two project Sempra also has under development. In addition, the agreement provides ConocoPhillips with the opportunity to acquire export capacity and equity in Sempra’s Energia Coast Azul LNG Phase Two project in Mexico. Finally, ConocoPhillips and Sempra are evaluating the development of a carbon capture and storage project for Port Arthur LNG. That project would help further reduce the natural gas emissions produced by that facility.

This agreement will further grow ConocoPhillips’ global LNG business. The oil company also recently partnered with Qatar on the first and largest phase of a nearly $30 billion LNG expansion project in that country. In addition, it purchased an additional 10% interest in Asia-Pacific LNG for $1.4 billion, increasing its ownership to 47.5%.

Why ConocoPhillips is betting big on LNG

Growing demand is the main driver of ConocoPhillips’ decision to ramp up its LNG investments. According to a forecast by industry leader Shell (NYSE: SHEL), global LNG demand will grow from 380 million tons per year in 2021 to 700 million tons by 2040. Further, Shell sees a gap between supply and demand emerging by the middle of this decade, which could drive already record-high natural gas and LNG prices even higher. Add in natural gas’ more environmentally friendly carbon emissions profile and the increasing shift toward energy security, and LNG appears poised to boom in the coming years.

Sempra’s Port Arthur LNG project is one of several under development to supply additional LNG to a market that appears headed for a shortage over the next couple of years. Sempra hopes to make a final investment decision on its project this year, enabling it to start construction. The company initially wanted to begin work in 2019 with a 2023 projected in-service date but hasn’t been able to secure enough customers to move forward. With the addition of ConocoPhillips and a recent agreement with INEOS Energy Trading for 1.4 million tons of LNG per year, it’s getting closer to sanctioning that project.

Meanwhile, Tellurian (NYSEMKT: TELL) is working to develop its Driftwood LNG project. The first phase would have 11 million tons of capacity and cost $12.8 billion, while the total planned capacity is 27.6 million tons per year. Tellurian has already sold out of its Phase One capacity and started some construction work, which has it on track to start producing LNG by 2026.

While those competing projects still have a lot of capacity to sell, putting them in competition with Lake Arthur LNG, demand for LNG has soared following Russia’s invasion of Ukraine as countries scramble to lock up gas sources. It seems likely that several projects will secure the contracts needed to move forward.

Stomping on the gas

ConocoPhillips is accelerating its LNG investments to capitalize on the booming demand for that cleaner fuel. While some of its investments will take a while to pay off, given the time needed to build LNG export facilities, these long-term investments could pay big dividends for shareholders. That makes ConocoPhillips a compelling option for investors seeking to cash in on the long-term upside of LNG demand.

They just revealed what they believe are the ten best stocks for investors to buy right now… and ConocoPhillips wasn’t one of them! That’s right — they think these 10 stocks are even better buys.