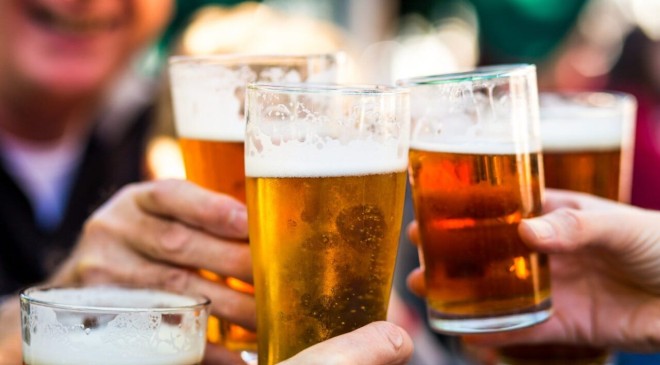 Alcohol is not good for people under age 40, a new global study finds.

Even small amounts of alcohol led to increased risks of death, according to authors of the Global Burden of Diseases study, a project based at the University of Washington in Seattle. The project produces comprehensive data on the causes of illness and death in the world and concluded young people should not drink at all. However, consuming small amounts of wine, beer or other alcoholic beverages may benefit older adults.

The new analysis, funded by the Bill and Melinda Gates Foundation, estimates 1.34 billion people consumed harmful amounts of alcohol in 2020.

Are there health benefits in drinking alcohol for young adults?

Past research has suggested that at low levels of consumption, alcohol lowers the risk of death from all causes. However, the Global Burden of Diseases project, which tracks epidemiological levels and trends worldwide, previously found that any level of alcohol consumption increased the risk of death.

That led the researchers to continue the study of alcohol’s effects on health. They found:

► For people ages 15–39, there is no health benefit to drinking booze, only health risks, according to the study released Thursday.

► For those older than 40, consuming a small amount of alcohol (for example, drinking between one and two 3.4-ounce glasses of red wine daily) for people in this age group can provide some health benefits including reducing the risk of cardiovascular disease, stroke, and diabetes. But health risks vary by age and region, researchers said.

“Our message is simple: Young people should not drink, but older people may benefit from drinking small amounts,” said Emmanuela Gakidou, University of Washington professor of health metrics sciences at the Institute for Health Metrics and Evaluation in a news release. “While it may not be realistic to think young adults will abstain from drinking, we do think it’s important to communicate the latest evidence so that everyone can make informed decisions about their health.”

How much alcohol is in a drink?

One standard drink is defined as 10 grams of pure alcohol, for the purposes of the study. Examples:

How does alcohol increase risks for adults under 40?

Of the health outcomes alcohol is associated with, people under age 40 are most likely to experience injuries, both intentional and unintentional, Dana Bryazka, a researcher at the Institute for Health Metrics and Evaluation at the University of Washington’s School of Medicine told USA TODAY.

“The rates of cancers and heart disease are generally low in this population,” Bryazka said. “Taking a disease-rate weighted average of the risk of alcohol use, we found that even relatively low levels of alcohol use are harmful to young people.”

Alcohol consumption in the US vs. other countries

Alcohol consumption among those under 40 is a big problem in the U.S., Bryazka said. The proportion of Americans consuming harmful amounts of alcohol is outranked only by countries such as Australia and in Western Europe.

“Injuries and cancers make up a larger share than in other regions, so the safe amount of alcohol is relatively low,” Bryazka said. “The second reason is that a large proportion of the U.S. population consumes alcohol, and when they do, it is a lot.”

What to do about alcohol consumption?

The study’s authors call for guidelines to be revised to emphasize consumption levels by age, stressing that the level of alcohol consumption recommended by many existing guidelines is too high for young people in all regions.

They also call for policies targeting males under age 40, who are most likely to use alcohol harmfully.

Bryazka said she’s hopeful the study’s findings get the attention of U.S. health officials and the general public and bring about substantive change and awareness.

“A win would be if people understand the risks they are taking with their behavior, leading to a culture that promotes moderation in alcohol consumption,” Bryazka said