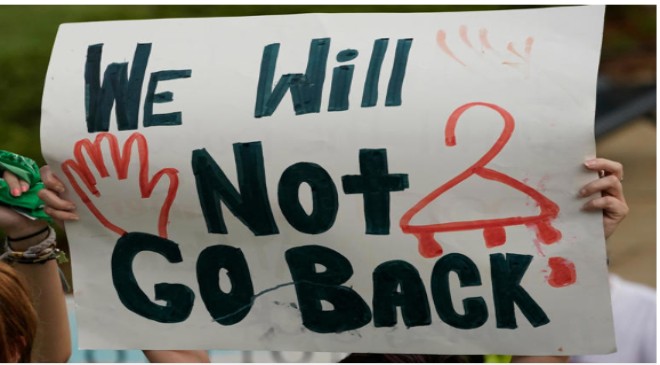 Tens of millions of Americans are too young to remember how repressive regimes clamp down on freedom of movement.

In 1952, citizens of Soviet-controlled East Germany could travel only 100 kilometers (about 62 miles) without permission. If you lived in East Berlin after 1961, you could be shot and killed if you tried to get past the heavily fortified and guarded Berlin Wall.

People kept crossing that border – jumping, scaling, tunneling, hot air ballooning – from the day it was sealed. Sometimes they died in the attempt. Changes to East Germany’s highly restrictive travel and emigration policies were not announced until just before the wall fell on Nov. 9, 1989.

If you lived in the Soviet Union, you needed government permission to visit or move to another country. There was a whole class of “refuseniks” who were denied that permission, most of them Jewish. Even now, relocation within Russia is controlled by the government and, for government employees and others, so is foreign travel.

If you were a woman in Saudi Arabia, you could not leave the country without permission from your male guardian until 2019. That is now allowed, although male guardians still control many aspects of women’s lives.

The United States is late to the game, but here we come.

The 5-4 Supreme Court majority that overturned Roe v. Wade said it was returning decision-making to the states. But conservatives are making a play to block interstate travel for abortions. If they succeed, there might as well be a federal ban.

Missouri legislators are considering bills allowing private citizens to sue anyone who helps someone have an out-of-state abortion, from drivers to doctors. The door is already open for similar developments in Texas and Oklahoma, which have laws incentivizing citizen lawsuits against those who help people have abortions.

Some companies say they will pay expenses for employees leaving a state to have an abortion. Texas Attorney General Ken Paxton says he might hit the firms with $100,000 fines.

How is any of this legal in the USA? How is it even thinkable, given American values of independence, autonomy, freedom to go anywhere in a vast nation and states’ rights to pass their own laws? How is it consistent with the onetime GOP reverence for private industry and its captains? Or was that always fake?

President Joe Biden has said that restricting interstate travel is “deeply un-American” and vowed to fight any state or local official who “tries to interfere with a woman’s exercising her basic right to travel.” I think he’s right, but in fact the legal landscape is complicated and precedents are mixed.

Attorney General Merrick Garland, part of the Biden administration, and Justice Brett Kavanaugh, part of the anti-Roe majority, both say interstate travel is a constitutional right. But some legal experts say Kavanaugh’s language could refer only to overt restrictions, and others note that precedents mean little to this court.

We may be exceptional, but we’re also tragically flawed. Especially on guns.

Supreme Court month of horrors on guns, abortion and climate

It is true that under the Fugitive Slave Act that Congress passed in 1850, slave hunters could pursue runaway human property into states where slavery was illegal and return enslaved people to their owners in slave states. But that was a federal law. A federal law that applied to the entire nation and respected the rights of slave states, as painful as that is to contemplate.

There is no federal law (yet) on abortion. It’s still legal and likely to stay that way in 20 states.

“We’ll be a sanctuary,” California Gov. Gavin Newsom said last December as his state prepared to expand abortion protections and care. In May, Connecticut Gov. Ned Lamont signed what he calls the nation’s first law protecting out-of-state patients and providers.

Red state abortion laws for everyone

Conservative state leaders and legislators, however, are eyeing ways to enforce their abortion laws no matter where they are violated.

“We are just in early stages of red states looking to export their restrictions onto blue,” demographics analyst Ron Brownstein wrote on Twitter.

Will blue and purple states let that happen? Hard to imagine. California alone has the fifth largest economy in the world and more people than most countries (only 35 have a larger population). Washington state has the No. 1 economy in America. It would truly be the tail wagging the dog if red states imposed their will on far more prosperous, populous states that don’t share their values.

It is the case for now, on abortion travel restrictions and other issues, but it can’t last forever. If there’s any encouraging historic precedent, it’s that the Berlin Wall eventually fell.

That wall was the subject of terrifying escape movies. One in particular, 2001’s “Der Tunnel,” gave me nightmares – and it was a true story. “The Lives of Others” was an equally terrifying surveillance movie about the Stasi, the East German secret police who spied on everyone. Reviewers used phrases like “pervasive sense of danger,” “cruelties and soul assassinations,” and “deceit, suspicion and suffocation.”

Desperate women risking death to save their own lives or futures, state-government intrusions to track, control and prosecute people – these were dangerous realities of the past. I see them now in our future, and I dread it. We can only hope that it doesn’t last too long, and that not too many people die.