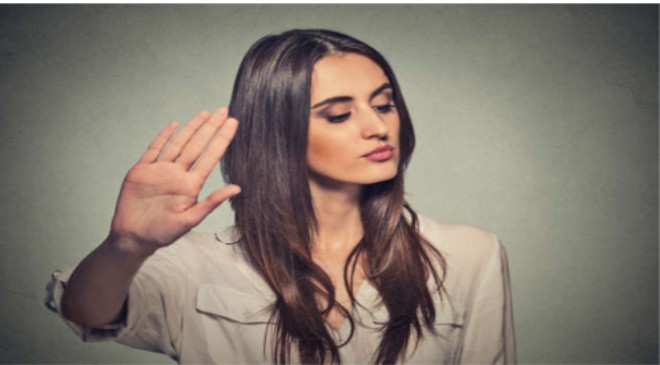 Some people might as well eat lemons because they’re so bitter. These often intense folks can say seriously harsh things when they’re upset and seem to hold grudges forever. If you’ve ever wondered why your significant other can’t let anything go or why your boss always has a biting word for their employees, it might be written in the stars. Read on to discover the six most bitter Zodiac signs, from slightly sour to absolutely embittered.

Virgos want the best from themselves and their friends and family. And when the people around them disappoint, they can become sullen. Astrologer Kyra Howearth describes Virgos as “over-analytical and highly organized,” which means they leave “no room for error.” Howearth warns they can “seem bitter at times, with high expectations not allowing room for human emotions.” Many times, they’re not trying to be aggrieved. It’s just that they don’t agree with how you’re doing things and can’t find it in their hearts not to critique you.

Resident astrologer for the Futurio app Alice Alta says, “When plans fall through, these disciplinarians freak out,” especially because it makes them realize “that some things are out of their control, and chaos reigns in this world, which drives them into a panicky state.” To cope, they’ll start cleaning or critiquing, because both make them feel in charge again.

This mutable air sign can seem begrudging if people don’t understand how they operate. When a Gemini tries to talk about other people with you, it’s not out of discontent. Instead, they simply love to share wild stories. Howearth explains that “insensitive gossiping can make a Gemini seem like they have bitter-cold hearts,” but they actually deeply care about the people they talk about and it’s how they connect with others.

Cancers are known for holding grudges and when they hold on to them for too long they can act slightly sour. Howearth calls this water sign “emotional and moody,” and warns “if you upset a Cancer (or they just don’t like your vibe) then be prepared for a cold shoulder.” Much like their crab counterparts, Howearth says, “Cancer won’t come out of their shell until they trust you.” And like a crab, they can snap at people who they dislike, saying biting things if they’re displeased.

“Their insecurities frequently lead them to a lot of negativity, resentment, anger and bitterness,” alerts astrologer Lorena Thomas. Thomas calls Cancer “champions of emotional blackmail and passive aggressive behavior,” as well as “spiteful and vengeful,” which makes them resentful. They’re a sensitive sign, so they take emotional distress seriously. When a Cancer has their heart broken, they’ll be churlish about it for years to come.

This stubborn sign won’t budge, and they’ll feel angry and aggrieved if someone tries to make them change their mind. Thomas explains that Taureans “never forget what caused their emotions, especially negative ones, no matter what happens,” which can force other signs to see them as bullies that never let anything go. They’ll be passive aggressive and attack the people they feel did them wrong.

Capricorns appear far more robotic than other signs, which makes them seem disillusioned. Howearth describes Capricorns as “serious, business-like and controlling,” all of which all lead to a sense of bitterness if life doesn’t go their way. Capricorns are always striving for success and to get ahead, Howearth warns they might “repress their emotions and keep their feelings under control, giving the appearance of being cold.”

But if a Cap says something acerbic to you, it’s not because they’re trying to be hurtful. Instead, they’re more focused on accomplishing their goals than dealing with their pesky emotions.

This attractive, magnetic sign will lure you in, but once you get close, you’ll realize just how harsh they can be. If you cross a Scorpio, prepare to feel the bite of their acerbic wit. This spiteful sign will act embittered towards you for the rest of time. Thomas tells us Scorpios are “able to hold a grudge for a lifetime and never let go of resentment,” putting them on top of this list. This vengeful sign never lets go of grudges, even when they try to forgive and forget.

Alta explains that their focus on perceived wrongs is because their mission is fighting evil “and when they don’t find release for that destructive energy, it starts affecting them from within.” But once the bitterness sets in, they can “criticize, nitpick, and hit where it hurts most,” Alta advises. “If you find yourself at the other end of these remarks, remember that in such moments, these vulnerable souls are attacking themselves first.”