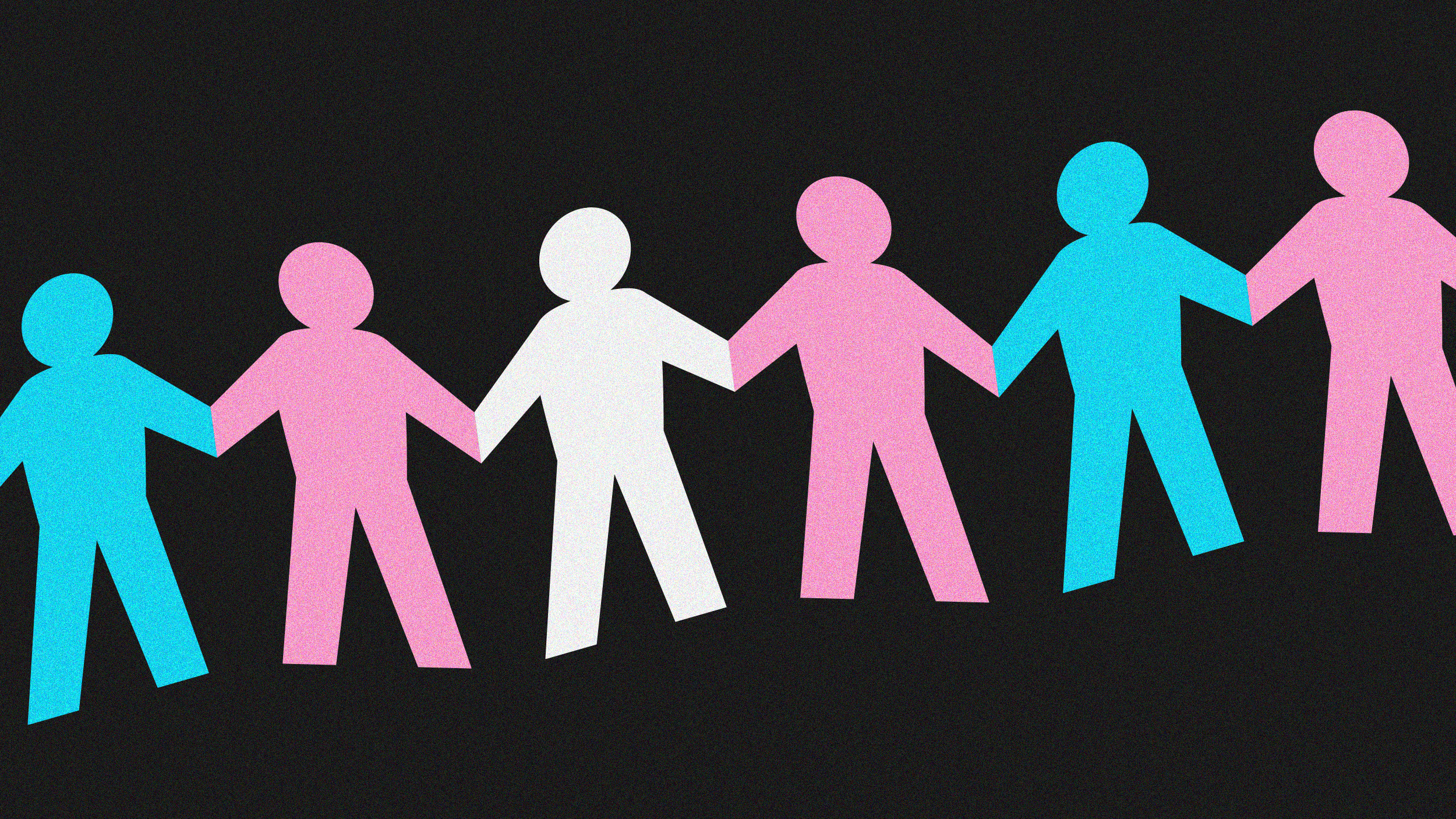 Over the past 19 years, Alleria Stanley’s family has grown accustomed to packing up and moving wherever the Army tells them to go, measuring time by all the different states and countries they’ve lived in.

“We tell time in our family by location instead of year, so our events are marked by where we were not when we were,” Stanley told USA TODAY.

Frequent moves have a requirement of service they’ve been willing to fulfill, until now, Stanley said.

With so many states “rushing” to pass anti-LGBTQ legislation, Stanley and her two transgender kids are worried about where they could be told to move next. To protect her family, Stanley has decided to avoid hostile states by leaving the Army.

“We’re going to move out of Missouri as soon as we get the opportunity to get the hell out of this godforsaken state,” said Stanley, a staff sergeant who is retiring from the Army next year in order to make the move happen.

Some parents either in the military or married to service members told USA TODAY they are increasingly worried about what being assigned to duty stations in Republican-led states could mean for their transgender children. Some families already in red states are taking steps to leave, including splitting up if a parent can’t leave their duty station.

Anti-LGBTQ laws and rhetoric from lawmakers have had a negative effect on LGBTQ youth mental health, with more than half of transgender and nonbinary youths saying they considered attempting suicide in the past year, according to the Trevor Project.

The threat of new anti-LGBTQ laws, combined with the existing instability military families can face from having to move every couple of years should be a pressing concern for military officials, said Casey Pick, senior fellow for advocacy and government affairs at the Trevor Project.

“We know in the military there is such a strong commitment to trying to support the mental health and wellbeing of both our people in uniform and their families and dependents,” Pick said. “So it is tragic that through no fault of the military’s these laws and policies are taking place in a way that we are likely to lose talented trained individuals in uniform.”

Military personnel and their families can ask to be relocated through the military’s Exceptional Family Member Program if they cannot access certain resources or medical treatment at their duty station.

In a March news release addressing LGBTQ service members and LGBTQ dependents, the Air Force said the EFMP can assist families during the “permanent change of station” process “to include navigating medical, legal, and educational support for dependents during relocation.”

In a statement to USA TODAY, the Army said they have regulations in place that establish how soldiers may request a “compassionate reassignment.”

“The chain of command is responsible for ensuring Soldiers and Families’ needs are supported and maintain a high quality of life,” Maj. Angel Tomko said.

Similarly, the Navy told USA TODAY they have policies to provide access to care for family members with special needs, “including families with dependents diagnosed with gender dysphoria and requiring medical intervention services.”

“If an individual diagnosed with gender dysphoria is undergoing hormone therapy or related treatment, they can be enrolled in EFMP to ensure proper care is available at the next duty station,” the Navy said in a statement to USA TODAY.

Military families who spoke with USA TODAY said they are grateful for the military’s program, but added it can never fully protect service members and their families from the threat of new anti-LGBTQ laws.

Additionally, figuring out where to report for duty through EFMP isn’t easy because turning down assignments at bases because of state laws could hurt one’s career, Stanley said.

“Everything to move your career along, to check the requisite boxes, to do what you’re supposed to do means that you have to go where the military tells you to go. But at what price?” Stanley said.

‘How can you be both a hero and a felon?’

Many states that have passed anti-LGBTQ youth laws are home to large military bases, such as Fort Hood in Texas, Fort Campbell in Kentucky and Tennessee and Fort Benning in Alabama and Georgia, putting service members in the tough position of serving their country while risking their family’s wellbeing.

“It’s not what any of them signed up for. They signed up to sacrifice on behalf of our nation knowing that our nation would have their back,” said Pick, who added that anti-transgender measures “put the lives of some of our military service members’ dependents at risk.”

“It’s hard to consider staying in the military when you don’t have a choice of where you’re living and you know that you have a really strong chance of going to a state where your kid is not going to be protected,” said Jess Girven, an Air Force wife in Maryland with LGBTQ kids whose husband is retiring ahead of schedule later this year.

Girven’s family benefitted from the Exceptional Family Member Program in 2018. Girven’s daughter needed a doctor who would prescribe her puberty blockers. Because of EFMP, the Girven family was moved to a base in a state where that was possible.

“I was never more afraid in my entire life than when we were looking at desperately trying to get out of a place where my daughter wasn’t safe. I was terrified. It literally consumed almost every waking moment of my life,” said Girven, 44.

She said her family now worries about a potential move to Texas, which is possible given her husband’s Air Force job. The risk of being labeled “child abusers” is too much for the family to ever consider, Girven said.

FROM OUR EDITOR, TO YOUR INBOX: Editor-in-chief Nicole Carroll takes you behind the scenes of the newsroom in this weekly newsletter

Stanley said she’s worried the Army will next ask her to report to Texas too.

“I can’t take my family to Texas, which is one of the next prime duty stations for someone in my Army job,” said Stanley, whose son, Zephyr, hopes to get gender-affirming care in Maryland.

For military LGBTQ kids, finding support is especially crucial, Pick said. LGBTQ youth often require support and affirmation in multiple parts of their lives, including at home and at school, according to the Trevor Project’s most recent national mental health survey.

Most military kids often have to say goodbye to friends, neighbors and teachers every several years when a parent gets a new duty assignment, which can make it that much harder to find support and community, according to Pick.

“While moving to a new state will provide them the legal protections they need, it will also mean that they have to reestablish those connections and find them again,” she said.

Elizabeth McDonald, an Army wife in Maryland, said her husband is retiring next year because the family doesn’t want to have to move again. Like Girven, McDonald said her family especially fears a move to Texas.

“We don’t want to be forced to move anywhere else,” McDonald, 41, said, adding that her kids “don’t have that grounding and that tie to a place, their grounding is our family and each other.”

McDonald’s four kids have already had to relocate seven times. They’re next planning to leave Maryland for either New Mexico or Colorado, hoping this move will be their last.

Everix McDonald, 17, said they’ve bonded with close family friends throughout their life more than friends made at school because “it’s harder to find kids who relate to you.”

Recently, Everix lost one young LGBTQ military friend to suicide, “because they just didn’t have that support,” in enough places, Everix said.

“Those statistics matter,” Elizabeth McDonald said. “People hear numbers, but they’re humans. They’re actual people who are hurting simply because of discrimination and a lack of understanding and compassion.”

This year’s anti-LGBTQ youth legislation in states like Florida, which passed what critics say is a ban on inclusive school curriculums, has taken a serious toll on students at Everix’s high school, with some students reporting increased levels of anti-LGBTQ verbal harassment from emboldened bullies, they said.

But Everix said if there’s one silver lining, it’s that pushback against the laws is bringing students together, like through walkouts they organized in protest against Florida’s “Don’t Say Gay” bill.

“I had several kids come up to me saying, ‘Thank you,’ and that they didn’t have a safe place at home or at school and they were really happy to see that somebody saw them,” Everix said.