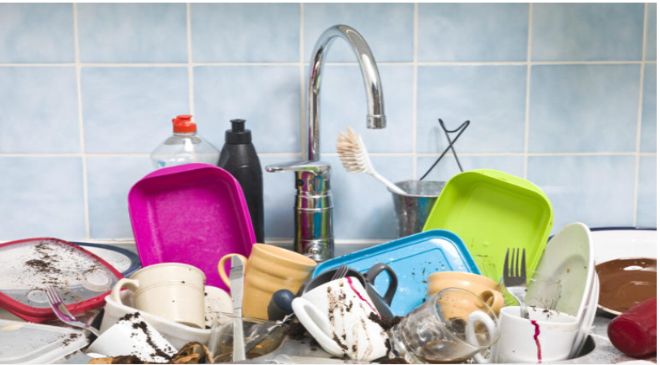 Chores have long been regarded as a valuable learning tool in many households. Through them, they facilitate the development of a greater sense of responsibility and an awareness of others’ needs. ‌

Chores can strengthen children’s self-esteem and sense of competence as well as foster teamwork and community. ‌On the other hand, some parents aren’t convinced. ‌As opposed to subjecting children to mundane tasks they will spend most of their lives dreading, some believe there are other ways to develop “team spirit.”

It becomes a point of contention between two mothers who disagree on what chores their children should be given. ‌For one of them, cleaning up after others should never be her child’s responsibility. ‌Yet there’s more to this‌ ‌story.

Her House, Her Rules

A woman, who we’ll call Jenna, currently has full-time custody of her daughter, age 16, as her ex-husband lives abroad. Once COVID hit, Jenna’s finances took a bit hit, and her ex wasn’t able to help much.

Luckily, Jenna’s brother and wife offered assistance when she‌ ‌needed‌ ‌it. ‌Likewise, they also needed a helping hand, as Jenna said that they were experiencing a trying time. Her sister-in-law, who we’ll call Tina, lost her brother to COVID, leaving behind two young children they took in.

Despite Jenna’s efforts to help as much as she could, she said problems started to arise during her stay. “She and I butted heads a few times since our parenting styles are different,” Jenna said.

Using chore charts was something Tina used that irked Jenna. “Every other week it changes. Everyone is a part of the chart and her kids don’t mind as much but I do,” Jenna complained.

Jenna’s daughter felt the same way. “She hates the chart and feels like it’s crazy for her to clean up after everyone like the dishes or vacuuming,” ‌Jenna‌ ‌said.

A heated argument ensued, and Jenna took her daughter’s‌ ‌side. She explained to Tina that it was unfair to expect one individual to clean up after everyone. Moreover, her daughter also let Tina know she’s not part of the family unit—yet another reason why cleaning shouldn’t be her responsibility.

Jenna explains the other children seem less eager to spend time with her daughter after the fight.

“I think it’s ridiculous to shut my daughter out from all of this,” Jenna said. ‌She then looked to her brother for advice in hopes he would shed some light on the situation.

“Since your daughter isn’t a part of the family unit and pulling her weight during the hard parts, she cannot enjoy the good parts either,” her brother said. ‌‌In addition, he points out that Jenna doesn’t help financially, which makes her refusal of chores even more strange.

Nevertheless, like mother, like daughter, Jenna stuck to her guns. “My daughter doesn’t want to do chores and I’m not going to force her,” Jenna explains.

Commenters Did Not Hold Back

Jenna is struggling with whether or not she is in the wrong. But, you don’t have to be a rocket scientist to solve this dilemma. ‌Thankfully, several commenters offer Jenna some desperately needed parenting advice. And, they didn’t hold back.

One commented, “You and your ex don’t have your sh*t together and are raising a spoiled brat. When my own son complains about doing a chore, I remind him, ‘You live here, you help.’ …You apparently haven’t impressed upon your daughter that other people deserve consideration and respect.”

“She said she wasn’t a part of that family, now they’re treating her like it,” another commenter says.

In the end, Jenna was found to be ‌in‌ ‌the‌ ‌wrong. ‌While‌ ‌she has the right to voice her own opinions on how to move forward with chores in her own home, sharing a space ‌becomes‌ ‌more complicated. ‌Jenna and her daughter should abide by house rules, especially when neither is footing any of the bills.