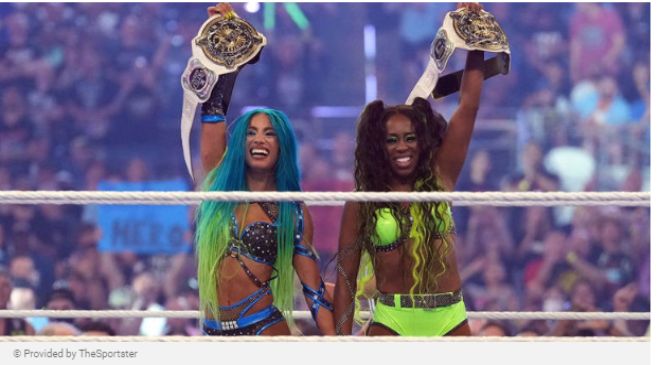 It’s been over a month now since Sasha Banks and Naomi walked out of WWE Raw (on May 16), and there’s still no update on the statuses of those two with the company.

Multiple reports have stated that WWE has already released Banks from her contract, but the company hasn’t confirmed anything on that front. As previously noted, Banks and Naomi walked out of the 5/16 episode of Raw due to apparent unhappiness with the company’s creative plans for the main event that evening.

In an update, Mike Johnson of PWInsider.com reported that “as of” Tuesday morning, the former Women’s Tag Team Champions both “remain listed on the active WWE roster internally.” Johnson added that there hasn’t been a “change in their status” and that neither of them have been let go by WWE.

After they walked out, WWE said in a statement that Naomi and Banks went into John Laurinaitis’ office and “claimed they weren’t respected enough as tag team champions” before leaving.

On the May 20 episode of SmackDown, Michael Cole announced that both talents were suspended, and that a tournament would be held to determine the new Women’s Tag Team Champions. More than a month later, however, there is no timeline on when WWE may crown new champions.

Apparently, the plans for the May 16 edition of Raw were for Naomi and Banks to compete in a Six-Pack Challenge to determine the No. 1 contender for the Raw Women’s Championship. Naomi was reportedly scheduled to win the bout, but WWE had to call an audible following the walkout. Asuka and Becky Lynch faced off in a match to determine who would challenge Bianca Belair for the title, which The Empress of Tomorrow won.