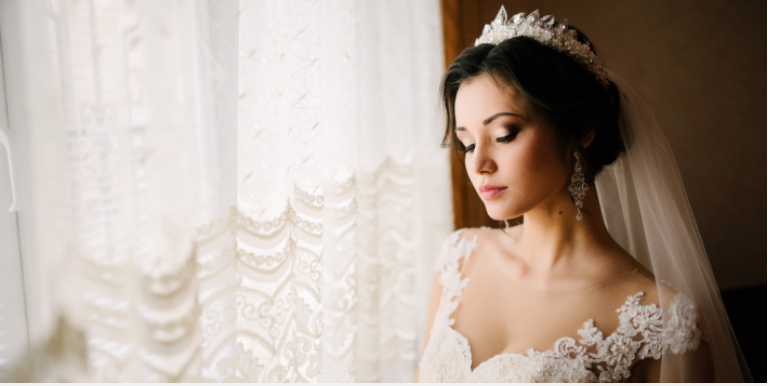 A wedding registry is a means for guests to give gifts to the happy couple without having to rack their brains for ideas.

While many couples will list gift ideas that can help them get their lives together started, from homeware products to gardening tools, you’re not really supposed to be profiting financially from your wedding.

But for one bride and groom, they weren’t going to miss an opportunity to invoice guests for the entire wedding.

One of the wedding guests posted about the couple on the Reddit thread “r/weddingshaming” while explaining the demands that the bride has for her wedding day.

The bride wants her wedding guests to pay for the entire wedding.

The person who posted it on Reddit explained that they received a wedding registry from the bride that includes costs for the wedding rather than gifts.

“Their registry only has cash funds for every single vendor + a regular cash fund and honeymoon fund,” they wrote. “Everything from the videographer, to the wedding dress, and even mani/pedi costs are on there.”

The couple mentioned in the registry that they don’t want gifts, but rather contributions to their wedding.

The guest continued, mentioning that with the guest count going up to 125, each person is expected to contribute at least $250.

They further mentioned that among the couple, only the bride’s partner has a job, yet the wedding costs up to $30k.

The more surprising thing is that the couple haven’t even graduated college, nor do they have any kids yet the bride wants an extravagant wedding without spending her money.

Redditors criticized the couple for asking guests to pay for their wedding.

Many people were shocked to see a young couple ask their guests to pay for their wedding.

One user wrote, “Just the fact that they literally expect everyone else but themselves to chip in and pay for their over-the-top wedding would make it an instant and very hard NO for me.”

Many other people also mentioned how bad this idea is.

Even if one is struggling financially, having your wedding guests pay for the ceremony seems a bit unfair.

Another user wrote, “I have no idea where this idea about you have your friends paying for your wedding came from, especially when you have no money to contribute either, this girl needs a reality check about her own [financial] ability and that of her friends.”

However, not everyone agreed with those negative sentiments.

Many internet users thought this idea was unique and smart.

People mentioned that giving gifts to the couple isn’t always the best idea as they take up a lot of space.

Most of the time, couples can end up with more than one of the same items as guests will buy what they want.

One person commented, “I might be in the minority on this one, but I don’t see the issue in asking for cash instead of gifts… And just because only their partner works doesn’t mean that they aren’t allowed to have a more expensive wedding — it’s up to what those two want to do.”

While others agreed that it is the couple’s day and they could do what they want, the wedding guest who shared the post clarified something about the couple.

The person commented, “The person [bride] themselves has the option to work and was asked to go at least part-time by [their] partner but said ‘it would be too stressful.’”