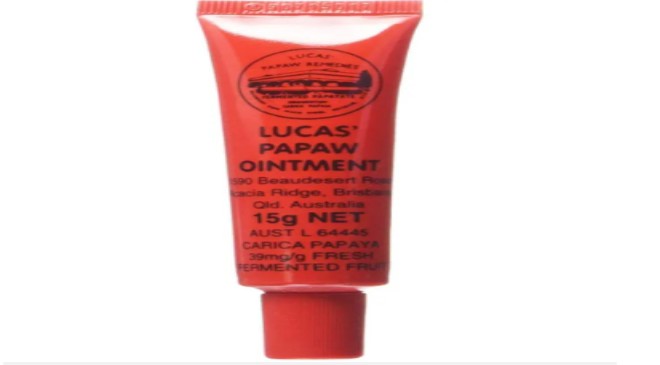 You’re either losing lip balms from the grocery store every other day or have held onto the one luxurious lip ointment since the summer — there is no in-between. But whether you’re one or the other, you got to admit, lip ointments are a wonderful, minor act of self-care to get through the day. While many have been recommending the Laneige Lip Mask, just as many shoppers are obsessed with this celeb-adored lip balm available on Amazon.

Back in a 2015 interview with InStyle, when asked if there were any go-to products she uses for more than one purpose, Cate Blanchett responded with the Lucas Papaw Ointment. She said, “I use it on my lips, elbows, and heels. During allergy season, it helps reduce redness around my nose and eyes.” And in a video interview with Vogue, Alicia Keys said that the ointment is her go-to.  But Blanchett and Keys aren’t the only ones who love it. Stars like Alexa Chung, Lucy Hale, and Vampire Diaries actress Phoebe Tonkin have expressed their love for the product, per the Skincare Edit.

So why not treat yourself to a lip ointment that’s been used for literally a century by so many people as their holy grail lip ointment —  including some of your favorite celebrities.

Made in Australia, the Lucas Papaw Ointment is made from pure Australian papaws, or papayas, to help aid and restore the skin. It’s been used for over a century for its healing properties. From moisturizing your lips to beat the winter to healing cuts, it can do a lot more than your average lip ointment. Along with giving you supple lips, it can aid with minor burns, bites, rashes, and even sunburn.

It’s become a cult-favorite product, especially for people looking for a cheap alternative to Laneige. One of the top reviews said “Forget Laneige! This is the way!” They added: “No joke y’all: you can actually wear lipstick and not have lip flakes practically within the hour. Within days of buying this stuff, I felt my lips had improved enough to try on some red lipstick, which hadn’t really been possible before. My lips held up for hours of being out and about without flaking and embarrassing me.”

Another review added: “I’m happily surprised to report that not only does this stuff hold up to eating and drinking better than most, but my lips also look and feel as close to normal as they have in a very long time.”