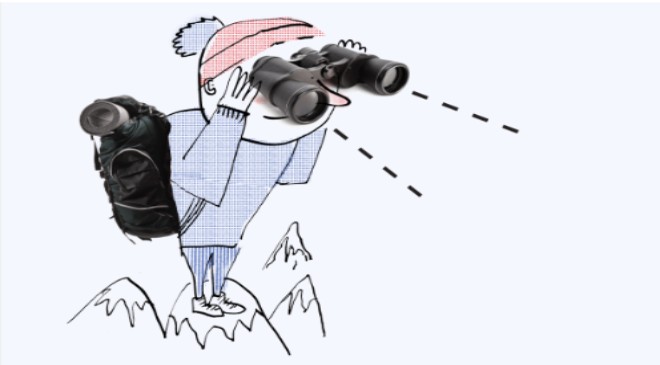 There is something so peaceful about disconnecting from the world and exploring one of our nation’s national parks. After all, the stunning mountains, rivers, and terrains are what make this planet so beautiful. Whether you’re hiking through Yosemite, taking a road trip through Zion, or trying to spot alligators in the Everglades, there are so many parks to check off your bucket list. But there are a few things you may not know about our national parks. Before you head out on your next nature excursion, these national park facts will give you a little more knowledge about the beautiful places our country has to offer.

There’s a national park in every state

While the term “national park” conjures images of the American West, there are national park units in every U.S. state and territory. Together they welcome about 300 million visitors each year and span some 85 million acres, almost 55 million of which are in Alaska.

There are more than 400 sites in the National Park Service (NPS), though that includes far more than what we traditionally think of as “parks,” such as parkways and rivers. Strictly speaking, there are 63 national parks (California has the most, with nine), but there are also national historic parks, national military parks, and other designations. A few are thoroughly unique. Among them: the White House.

The NPS oversees all 400+ of these sites, so in 1958 Alfred Hitchcock needed the agency’s permission to shoot part of his film North by Northwest at Mount Rushmore (which is a national memorial). Despite initially granting him permission, the NPS later revoked Hitchcock’s permit in the midst of filming, objecting to the chase scene across the presidential faces. (Hitchcock had promised he would not tread upon the sculpture.) He ended up filming the remainder of the movie on a mock-up of the monument.

The rules vary from park to park

Rules about what you can and cannot do in national parks differ from site to site. Activities that are prohibited at national parks, such as hunting and fishing, are allowed on some national preserves. Many national parks allow the scattering of ashes (the Grand Canyon is a notable exception), though, like Hitchcock, you need to obtain NPS permission. The same goes for couples who wish to marry inside a national park.

Only one national monument is named after a president

Additions to the National Park Service generally require acts of Congress, but presidents can name new national monuments. Of the 63 national parks, only one is named after a president: Theodore Roosevelt National Park in North Dakota.

It was another president who created the NPS, in 1916: Woodrow Wilson. Parks that predate the NPS include Yosemite in California and Mount Rainier in Washington. But Yellowstone, which turned 150 this year, was the world’s first national park. Today, more than 100 countries have national parks and preserves. The largest by area is in Greenland, though a whopping 97 percent of the Galapagos Islands is a national park.

Yellowstone is home to some of the most pristine aquatic ecosystems in the country, as well as more than half the world’s geysers. Other record-setters include Mammoth Cave National Park in Kentucky, which has the longest known cave system in the world; White Sands National Park in New Mexico, where you’ll find the world’s largest gypsum dunefield; and Sequoia and Kings Canyon National Parks in California, home of the biggest and second biggest tree in the world, respectively.

Some national parks are accessible only by boat or seaplane

Among the hardest parks to access are Dry Tortugas in Florida (off Key West) and Isle Royale in Michigan (surrounded by Lake Superior), both accessible only by boat or seaplane. But one of the hardest to explore is Gates of the Arctic in Alaska, our northernmost national park. It has no roads, no trails, no campsites, and—perhaps most frightening—no cell service.

The NPS relies on volunteers

The NPS employs 20,000 workers but relies on more than ten times that many volunteers: 279,000 in 2019. A big perk for volunteers is free admission. Those with more than 250 service hours are exempt from any entrance fees, as are members of the military, the families of fallen service members (Gold Star families), and all children under age 15. And thanks to a federal youth initiative called Every Kid Outdoors, fourth graders get their entire immediate families into any park free of charge all year long.

You can go to a national park for free

On a few days each year, the national parks are free to all: Martin Luther King Jr. Day (the third Monday of January), the first day of National Park Week (held in April, usually in conjunction with Earth Day), the anniversary of the Great American Outdoors Act (August 4), National Public Lands Day (September 24), and Veterans Day (usually November 11).

That said, only about a quarter of the parks charge admission. That money remains within the NPS, and at least 80 percent of it stays in the park where it was collected, funding things such as visitor access and habitat restoration. Supplementing those funds are the official NPS budget of $3.5 billion, as well as private donations.

Not all national parks are crowded

Want to explore one of the traditionally less-crowded national parks? North Cascades in Washington, Lassen Volcanic in California, Congaree in South Carolina, Big Bend in Texas, and Great Basin in Nevada are among the least visited—at least for now!

Not all national parks are crowded

Want to explore one of the traditionally less-crowded national parks? North Cascades in Washington, Lassen Volcanic in California, Congaree in South Carolina, Big Bend in Texas, and Great Basin in Nevada are among the least visited—at least for now!