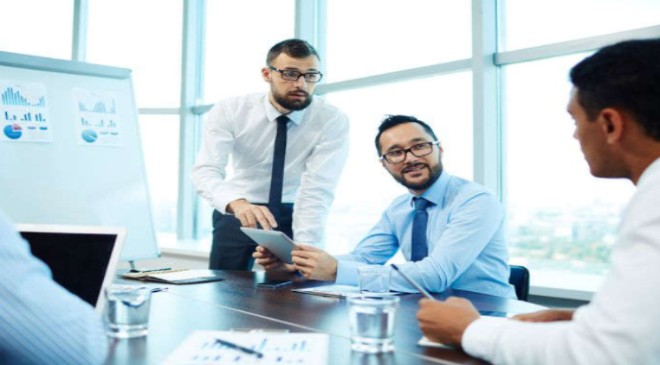 The class of 2022 is graduating. According to ThinkImpact, just shy of two million undergraduate degrees will be awarded this year. This year’s cohort is entering a job market of enormous opportunity, with some 11.4 million job openings and employers, according to NACE’s Job Outlook 2022 Spring Update survey, reporting that they plan to hire almost a third more new college graduates from the class of 2022 than they hired one year ago.

And while these stats might suggest nothing less than a seller’s market is waiting for these young adults, employers are still willing to draw the line somewhere that might surprise you–the dress code. These more conservative employers are routinely walking away from candidates who don’t pass muster, creating an opportunity for any employer that’s willing to take a more modern and pragmatic approach to this issue to scoop up hires whom more traditional employers are discounting out of hand.

What people wear to work remains one of the most debated and most controversial business topics year in and year out. And it’s an issue that will prevent good people from being hired. According to the iCIMS seventh annual “Class of” report, appearance was cited as the top reason hiring pros gave for why entry-level candidates are not considered–even ahead of not having enough experience. This is supported by a recent OnePoll study, commissioned for Greene King, that found that 51 percent of all hiring managers and bosses surveyed admitted to knowingly discriminating against a candidate on the basis of appearance alone. Adding to the disconnect, unlike older generations, young people are becoming increasingly opposed to more stringent appearance requirements.

The same iCIMS report found that 37 percent of college seniors and recent graduates say that what they wear to work shouldn’t matter. Similarly, a recent survey from YPulse, expert in all things Gen-Y and Gen-Z, asked young workers what workplace perks, if added, would cause them to enjoy their job more. Fifty-eight percent of Gen-Zers and 57 percent of Millennials asked for a more casual dress code–placing significantly more importance on this benefit than even work from home (WFH)/remote work. But before jumping to the conclusion that it’s a slovenly class without regard for personal standards of any sort, it’s helpful to understand their very unique frame of reference.

This is a graduating class that spent fully half of their college and all of their internship experience remote learning and telecommuting. The wardrobe they have is limited almost entirely to loungewear with a small handful of upper body business coordinates suitable for occasional Zoom calls. Many managed to make it through four to six years of school without ever stepping foot in an office. They learned, by doing, that work can be done virtually anywhere in virtually any attire. They are entering the workforce with almost no experience dressing for an office environment. It’s not something they are comfortable with. And maybe most important, most are not equipped financially to acquire a suitable business/business-casual wardrobe on demand or short notice.

What’s more, their idea(s) of what constitutes business attire has evolved; to some extent because of their Covid-19 experience and some simply because they have different and changing tastes. YPulse’s fashion and style research predicted that a biz-leisure style would emerge from the pandemic. It appears it was right. So, in consideration of all these factors, it’s little wonder that the opening position of these new graduates feels like universal opposition to historical dress codes. More what they are saying, though, I think, is “see the world through my eyes,” “work with me here,” and “how about a little help.” Small and medium enterprises that figure this out have a great opportunity to grab the attention of these potential hires.

According to Shayla Thurlow, VP of people and talent acquisition at The Muse, “While it may seem minor to some organizations, dress code can be the deciding factor for a candidate who values personal expression and comfort over other perceived perks and benefits.” In large part, the reason that more progressive dress code policies are attractive to this class is because they are a reflection that those in charge understand what matters to them. It’s also an indication to these hires that they recognize that the world has changed.

Simply because appearance matters to you as a leader or because you believe it creates competitive advantage doesn’t necessarily mean either one of those things is actually true anymore. I think that Lia Garvin, author of the new book Unstuck, said it pretty well: “The pandemic has forced us to rethink many paradigms around the way we used to do things, and for employers used to a strict dress code, it’s time to revisit it and question what and whom it is serving.”

I also spoke to Allan Jones, CEO at Bambee, a first-ever performance improvement and compliance platform. He offered his point of view on dress codes, as one seeking to attract the class of 2022, “At Bambee, we don’t have a dress code. Dress codes should be self-governed, not governed by an employer. Those who say otherwise are living in another time.” The point he’s making is that it’s the work that matters most, not the appearance of the human being performing it; or, if you like: It’s the book, not the cover. And it’s why he’s not having difficulty hiring talented young people.

For the majority of these graduates, it’s not an attempt to weaken standards but moreover to ensure that their employers are behaving consistently and equitably, and that policies are without inherent bias or discrimination. I spoke to Kia Roberts, former NFL director of investigations and founder of Triangle Investigations, who put it this way, “Whether it involves work-from-home policies, flexible hours, or dress codes, the graduating class of 2022 expects that their employers have a coherent and equitable philosophy around workplace expectations. A forward-looking organization that is committed to equity must move past outdated ideas regarding what is ‘professional’ and ‘appropriate’ attire within the workplace.”

These graduates are in no way suggesting there be no standards. What they are moreover saying is they want to work for employers with fair standards and policies that do not advantage one group over another. They also want to be trusted, not lorded over. And they want policies that make sense and have a logical purpose to them. They watched their parents spend careers abiding by rules for the sake of rules, and they are determined not to follow in those footsteps. Employers with fair, equitable dress code policies that trust associates to do the right thing by the company and its brand will attract terrific associates who will do exactly that.

Certainly, there do still exist cases where a certain standard of dress is required and where attire does matter to the customer. Smart employers intent on attracting the best talent from the class of ’22 are those who are making a consideration for the fact that these young people do not have a closet full of ready-to-wear clothes and accessories suitable for work, and offering a wardrobe allowance as part of the sign-on process.

I spoke to Cody Candee, the founder and CEO of Bounce, a platform that powers luggage storage and package acceptance in local shops and hotels in over 1,000 cities worldwide. He agreed. He told me, “The pandemic changed many things, but not how many businesses want their employees to dress. But for this year’s graduates, two years of solitude, restricted job access, and limited shopping opportunities definitely created a gap in which personal attire became relegated to the category of the unimportant.” These sort of considerations alone could go a long way toward attracting recent graduates to your team. And with iCIMS also finding that loyalty matters to this class–81 percent said they care how long they stay with an employer–those who attract these young adults in the first place are very likely to keep them.

To sum all of this up, I spoke with Kevin Richardson, COO of Disrupt PR. He has spent the past month hiring and building a new wing of his team, interviewing about 50 2022 graduates in the process. Most, he told me, wore tank tops and T-shirts and entered Zoom interviews with improper lighting. “What’s most important to me is that you show up prepared for the meeting,” he said. “This doesn’t mean you can’t wear T-shirts. You don’t need a suit and tie to show someone that you respect their time. You need to look like some version of your best self.” Because those who truly value talent and have the most best selves of anyone end up winning pretty much all of the time.