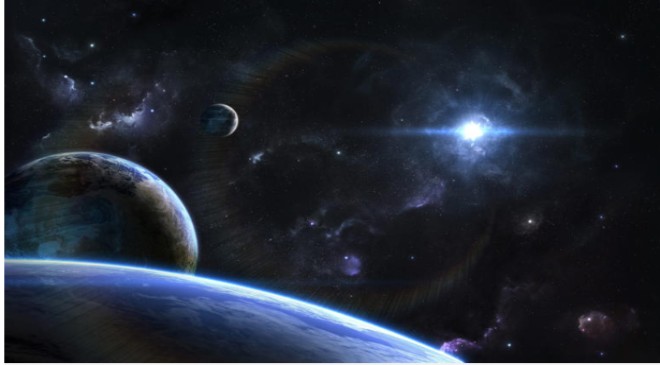 When you look into the night sky, you typically see the moon and a handful of stars shining brightly, but rarely do you catch a glimpse of the planets. Over the next few weeks, however, that is slated to change. According to a report by CBS Boston, five planets—Mercury, Venus, Mars, Jupiter, and Saturn—will be visible from Earth without a telescope this week. It’s the first time in 18 years that this many planets will be visible to the naked eye.

The five worlds will appear in a line in the same sequence of their distance from the sun. From left to right, you’ll see Mercury, Venus, Mars, Jupiter, and finally Saturn. The moon will be visible, too, and marks Earth’s position in the lineup, Space.com reports. We haven’t seen a configuration of this nature since March 1864—and it won’t happen again until 2040.

If you want to catch the rare phenomenon for yourself, you’ll be able to starting this week and throughout early July. There are a few things to consider when planning which night you’ll view the site. For optimal sky gazing, CBS Boston recommends picking an evening with low humidity and little cloud cover. The outlet also suggests choosing a spot with a clear view of the east and southeast horizon, as well as an area with little artificial light pollution, if possible.

Saturn will be first planet to appear, making its way into the sky in the middle of the night (around midnight local daylight time) and into the predawn hours. Saturn is followed by Jupiter and Mars, which will come into view around 1:30 a.m. and 2:00 a.m. respectively. Next is Venus at 3:30 a.m. local daylight time. Finally, Mercury (the smallest and hardest to spot of the five planets) will complete the alignment about 30 to 40 minutes before sunup, Space.com reports.