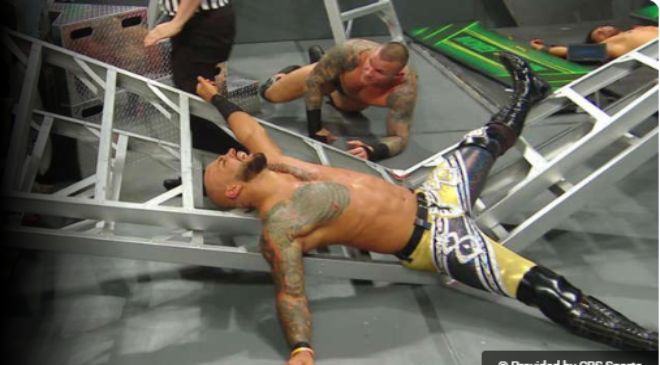 On July 2, WWE brings the Money in the Bank premium live event to MGM Grand in Las Vegas. It’s one of WWE’s more prestigious events and sets up big changes to the title picture for the months ahead.

Eight men and eight women will take part in Money in the Bank ladder matches at the event. The matches end when one participant climbs a ladder and grabs the Money in the Bank briefcase, which contains a contract that grants the winner a title shot at any time of their choosing in the next year. That contract has led to some very memorable title wins and iconic moments since the inception of the match.

There are also multiple title matches set for the event, including Ronda Rousey defending the SmackDown women’s championship against Natalya in a match of two of the best submission experts in the women’s division.

Let’s take a look at what we know — and what we expect — at WWE Money in the Bank.

WWE Money in the Bank matches

Men’s Money in the Bank Ladder Match — Seth Rollins vs. Sheamus vs. Drew McIntyre vs. Omos vs. 4 TBA: Rollins won his spot by beating AJ Styles. McIntyre and Sheamus battled to a double disqualification in a qualifier on SmackDown only to have both men be awarded spots. Omos beat Riddle in a qualifying match on Raw. There are four spots still up for grabs, but it has been announced that the winner of an upcoming match between Shinsuke Nakamura and Sami Zayn will be awarded one of those spots.

Women’s Money in the Bank Ladder Match — Lacey Evans vs. Alexa Bliss vs. Liv Morgan vs. Raquel Rodriguez vs. Asuka vs. TBA: As with the men, there are still open spots remaining in the women’s ladder match. Evans, Bliss, Morgan, Asuka and Rodriguez all won their way into the match through qualifiers. Historically, women cash in the Money in the Bank contract very quickly, with the four of the five previous winners holding the contract for two or fewer days.

Raw Women’s Championship — Bianca Belair (c) vs. Carmella: Belair was supposed to face Rhea Ripley, but Ripley was not medically cleared to compete. This led to a fatal five-way match on Raw, in which Carmella beat Bliss, Morgan, Asuka and Lynch to earn a shot at the title.

SmackDown Women’s Championship — Ronda Rousey (c) vs. Natalya: Natalya won a six-pack challenge to earn her title shot. She has since vowed to be the first woman to make Rousey tap out. The program has also picked up some steam on social media, with Natalya taking shots at Rousey for her history of publicly promoting conspiracy theories, such as the suggestion the school shooting in Sandy Hook, Connecticut was a government false flag operation.

Undisputed WWE Tag Team Championship — The Usos (c) vs. The Street Profits: The Usos beat RK-Bro to unify the Raw and SmackDown tag team titles. The Street Profits are now set to challenge for the unified titles in an effort to break up The Bloodline’s dominance of WWE’s titles.

United States Championship — Theory (c) vs. Bobby Lashley: Theory and Lashley have been feuding, including having posedown competitions on Raw. Theory squirted baby oil in Lashley’s eyes during one posedown, leading Lashley to attack Theory the following week. Theory then said Lashley would get his shot at the belt should he be able to beat three men in one night, which Lashley did, beating Chad Gable, Otis and then Theory.

WWE Money in the Bank predictions

Kevin Owens vs. Ezekiel: Owens has been on a mission to prove Ezekiel is actually Elias. No amount of tricks or matches has changed that mission. But the program continues on, likely leading to the two meeting in something of a cooldown match on a card loaded with title contests and the two ladder matches.