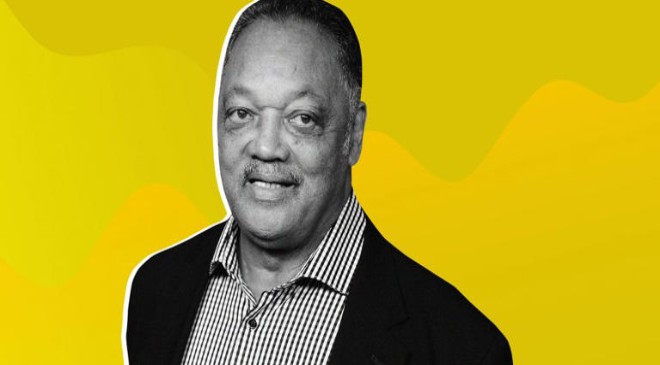 Your brand as an employer is not about benefits. It’s about how people see themselves when they work for you.

This week, Rev. Jesse Jackson Sr. will host his annual international Rainbow PUSH convention in Chicago, an event which brings together leaders in politics, business, faith, film, sports and academia to address the most pressing societal issues of the day. As he prepares to kick off this meeting for the 56th year in a row, I am reminded of the lessons I learned from him as a young staffer that have informed the way I have viewed life and leadership since.

It would be easy to make the mistake of putting Rev. Jackson – who first rose to national prominence as a young lieutenant to Dr. Martin Luther King Jr. – into a box as a Civil Rights leader, but many of his lessons apply in business as well, especially for leaders seeking to build cultures that will hire, develop, and retain the best people in the ongoing war for talent. Some key insights:

Always take chances on people when you see their potential

My first encounter with Rev. Jackson was an awkward one. It was at a press conference he was leading that I was invited to speak at while still a young community organizer and a student at Northwestern University.

I’d been in the audience when the Reverend gave a speech about college affordability and the injustice of students being charged interest, in some cases, of six-to-18 percent for binding, unshakeable loans while banks were receiving bailouts at zero to one percent. He’d started an initiative to combat this injustice; it was called Reduce-the-Rate and it resonated with me to my core.

As the press conference ended and everyone was packing up, I lunged forward and grabbed him by the shoulder – firmly enough for his security detail to spring into action – but after a tense split second, he diffused the situation and heard me out.

There was no reason for Rev. Jackson to believe in my abilities; he didn’t know me. But less than month later he had me speaking on his international broadcast as the campaign manager and student face of Reduce-the-Rate.

It’s worth noting that at the time when this all happened, I felt like I wasn’t even qualified to attend the school I was at, much less lead a national policy initiative alongside a famous civil rights leader. Out of the 19 schools I had applied to, 13 had rejected me. I felt parochial having never left the country and undereducated having never attended a fancy private school like many of my classmates. But Rev. Jackson saw a passion and a drive in me that was worth exploring, and he took a gamble. It paid off for both of us as I continued to work with him on issues related to education, immigration and youth violence prevention for the next several years representing the organization many times in the press and with political leaders at the local, state, and even federal level.

The lesson here is no matter how big you get, you’re never too important to give your time to others (even unproven knuckleheads like I was!).

Harness the power of radical empowerment

“I am Somebody.” Nearly every rally or speech Rev. Jackson leads either begins or ends with him shouting for the audience to repeat these three simple but powerful words. The first time I heard this, it felt silly. I didn’t want to say it but on the fourth or fifth cry, I finally murmured it under my breath. Some people are born with natural confidence, but that doesn’t describe everyone.

Some of us need to work on our self-esteem constantly. As a minority professional, an immigrant’s child, and an occasional introvert, there are more times than I care to admit that I’ve allowed myself to believe I don’t belong and that my ideas don’t matter. It wasn’t until Rev. Jackson made us all say those words out loud that I realized how much I needed to hear myself say them.

The lesson for leaders is that while inviting people to take a seat at the table is great, that action is trumped by the leader who creates a culture where everyone on the team recognizes that their voice matters and that the table is where they belong.

Go the extra mile to be compassionate in the human moments

In 2011, Rev. Jackson and I met with the President of Rwanda while he was in Chicago. The meeting ran hours over. I was supposed to meet my girlfriend for a date, but I had no cell reception and then my phone died, so I couldn’t tell her I wouldn’t make it.

After the meeting I must have looked mortified because Rev turned to me and said, “What’s going on, buddy? Everything ok?”

I spilled my guts.

He offered his driver, but I’d missed the date by hours. All I could do was call to apologize, but my phone was dead. In an act of pure generosity, he gave me his own cell phone to use.

I called – straight to voicemail. Defeated, I called my mom to tell her I was ok since the news showed protesters outside our meeting.

As soon as he saw me talking to someone, Rev. Jackson snatched the phone from me thinking it was my girlfriend and said, “This is Jesse Jackson. Please don’t be mad at Bradley, he makes his share of mistakes, but this time it’s my fault – he was just helping me out.”

He handed the phone back to me and gave me a wink. My mother was speechless.

I never got out of the doghouse with my now ex, but I’ll also never forget the Reverend’s simple but powerful gesture. I worked hard for him because he is committed to fighting the little things just as much as he is the big.

As leaders, it’s important to recognize that it’s not when employees read about benefits that they develop fierce loyalty to their employers and it’s not even at raise time; it’s in moments like these.