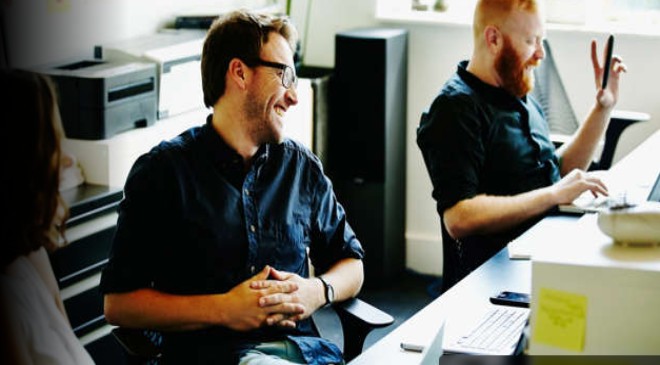 Following his successful bid to buy Twitter, Elon Musk, CEO of SpaceX and Tesla, took to the platform to joke about his next conquest. “Next I’m buying Coca-Cola to put the cocaine back in,” Musk jested — a reference to the soft drink company’s original recipe. The quip not only garnered Musk considerable attention, but it has since inspired others to take to social media and propose other companies he could buy and “improve.”

Observing celebrity CEOs such as Musk leveraging their humor effectively can be amusing. It may have also tempted you to try your own hand at humor. After all, using humor in your leadership style seems to be advantageous.

When done effectively, humor can be a powerful tool that can greatly enhance your respect, prominence and prestige — that is, your status — as a leader. It can also enhance your followers’ status and motivate them to use their newfound influence to advocate for improvements to the organization. But in order to leverage the benefits of humor, you need to be aware of the costs. Here are a few things to keep in mind when considering whether or not to use humor at work:

Humor can serve as a good signal of one’s intelligence and capability. Studies show that using humor when interacting with others can make you appear more competent, enable you to achieve higher status and be seen as a leader. But there’s a catch: Your attempt at humor needs to be humorous.

Think about a time you watched someone make a failed attempt at humor. Not only did it likely evoke secondhand embarrassment, but you probably watched them visibly recoil, becoming less poised and self-assured. How did it affect your impressions of them? Did you perceive them as somewhat less competent for having failed to deliver the intended message effectively?

One reason humor can reduce your status is because the joke doesn’t push the boundaries enough and thus fails to register as an attempt at humor. Another reason, however, could be that the joke pushes the boundaries of appropriateness too far and offends those it intends to humor. The usual suspects include sarcasm, teasing and insensitivity — largely considered aggressive styles of humor. While there might be a time and place for such edgier forms of comedy, the workplace isn’t one of them.

Research suggests that using aggressive humor at work can encourage subordinates to flout the rules, thus undermining your influence. And much like jokes that just fall flat, inappropriate jokes can affect impressions of competence, thereby further undermining your status and influence. The lesson is that, when it comes to the work environment, leveraging the benefits of humor requires knowing when your joke pushes the boundaries enough to be funny without crossing the line.

Your use of humor affects others’ status too

Interested in this question, my colleagues and I recently conducted a series of studies to shed some light on the topic. We found that when leaders used a positive and playful style of humor, their subordinates became more active, confident and involved at work, which ultimately enhanced their workplace status. In turn, they leveraged their increased influence to advocate for changes that could improve the work unit.

But not all styles of humor led to such positive outcomes. Once again, aggressive forms of humor seem to act as a status-suppressor. Specifically, we further found that when leaders’ humor involved sarcasm, teasing or ridicule, their subordinates tended to recoil from the work environment, becoming less confident and more inhibited; tendencies that ultimately suppressed their workplace status. In turn, they became less engaged in their work and less likely to voice their suggestions.

So, remember that your humor not only affects your own influence as a leader, but it also affects those individuals you are responsible for leading. With that in mind, maybe leave the cocaine jokes to Elon Musk.