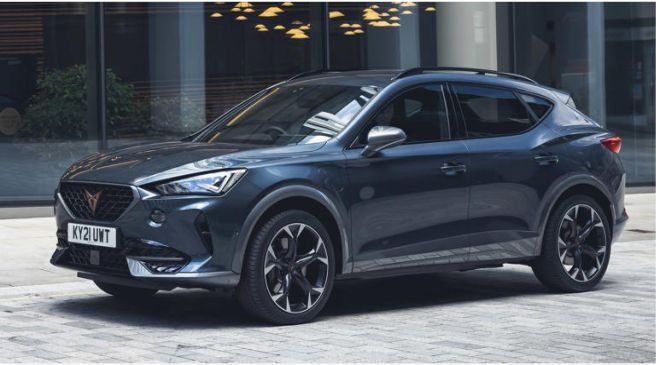 Even though we hear about the alternatives constantly, we are quickly approaching the twilight of pure internal combustion. Automakers are dumping a lot of money on EVs and plug-in hybrids, and the amount of cars we can buy that only run on gasoline is slowly decreasing. While some enthusiasts and consumers still haven’t warmed up to the idea of a hybrid or EV, they actually have more benefits than you might think.

Obviously, they’re kinder to the environment, but they’re also cheaper to run, better on gas, they respond to throttle presses instantly, and in the case of EVs with bespoke platforms, are much more spacious inside than a comparable ICE car. There are still some hybrids and plug-in hybrids these days that are simply superior, sometimes for less than $40,000. There are also quite a few that are best left avoided.

We simply can’t talk about hybrids without Toyota, as they pioneered the powertrain technology around two decades ago with the original Prius. While Toyota has been slow to move with the times in terms of EVs and plug-in hybrids, they seem to finally be getting their head out of the sand, and the RAV4 Prime is proof of that.

This is the first time that Toyota has offered their iconic SUV as a plug-in hybrid, and it’s fantastic. The current RAV4 is already a pretty cool-looking automobile, and the Prime adds some go to the show. The total system output is 302 hp, meaning 0-60 happens in less than 6 seconds. All the while being a spacious, well-equipped, practical, and reliable family SUV. It’s easy to see why it’s in such high demand.

While we do admire Mitsubishi’s inventiveness with the previous generation Outlander PHEV, it was just a bit of a mixed bag. The Outlander PHEV felt outdated even when it first came out, and by the end of its lifecycle, it was left languishing miles behind the competition.

It also wasn’t very well made, like most Mitsubishis from this time, and the exterior styling left something to be desired. When it came to plug-in hybrid SUVs, people simply weren’t sold on the Outlander PHEV, and it was a tough one to recommend. Thankfully, the latest Outlander and Outlander PHEV are far superior.

Spanish automaker SEAT left everyone perplexed when they spun off the Cupra badge into its own brand a few years ago. At first, they only sold the usual catalog of beefed up SEAT models, but recently, more and more unique models have started showing up, and that includes the Formentor.

The Formentor is based on the MQB Evo platform, much like the Leon, but it’s one of the few cars in the world to get the sporty crossover styling shtick just right. The plug-in hybrid version develops 245 hp and gets pretty insane gas mileage, while being very good to drive. We definitely wish it was offered in North America.

Back in the early 2010s, Lexus decided to put together a compact car to compete with the likes of the BMW 1 Series, Audi A3, Mercedes A-Class, and in overseas markets, the (Citroën) DS 5. The resulting car, the CT200h, was quite underwhelming.

While it didn’t look bad on the outside, the CT200h was nothing more than a Prius in a tuxedo. Same powertrain, same technology, same as-mundane-as-it-gets feeling behind the wheel. People weren’t exactly impressed, leaving the CT to join the ranks of the HS as one of Lexus’ major flops.

That’s quite the mouthful of a name, but that’s just the way that Porsche rolls. The Panamera Turbo S E-Hybrid Sport Turismo is definitely no joke. The ST is the superior body style, and everyone agrees that it’s what the Panamera should have always been right from the beginning.

The Turbo S E-Hybrid is the most powerful model in the lineup. The twin-turbo V8 under the hood is paired to an electric motor, with a combined system output of 690 hp, which is exactly one less than the original Lamborghini Aventador. It’s also very luxurious, great to drive, and that badge on the hood is definitely an object of desire. The Taycan is slowly outselling it though.

After pioneering the self-charging hybrid with the original Prius, Toyota got the ball rolling. At one point, Toyota essentially decided to spin off the Prius into its own separate line of models. One of the resulting cars from this decision is the Prius Plus.

The results speak for themselves. The Prius is already known as being an incredibly uncool car, so things definitely don’t get better if you combine a Prius with a minivan. In Europe, the Prius Plus didn’t do all that well, with most people opting to stick to their SEAT Alhambras, VW Sharans and Ford Galaxies. Plus (pun intended), there are way cooler cars you can buy for Prius money.

The current generation Skoda Superb has been around for a little while now. It received a facelift for the 2020 model year, and aside from the visual changes, one major change was brought along; a new plug-in hybrid powertrain.

The Superb iV borrows its plug-in hybrid powertrain from the VW Passat GTE. A 1.4-liter turbo four-cylinder is paired to an electric motor, for a combined output of 218 hp. Despite the similarities, the Superb has a lot more going for it; it’s cheaper, more practical, looks a little better, and is just as good to drive. We’ll be sad to see the current generation go.

With all the talk of hybrids and rising gas prices in the late 2000s, General Motors decided to hop on the bandwagon and make some hybrids of their own, to increase their green credentials and move with the times. However, it seems nobody told Chevy that you don’t use a full-size, truck-based SUV to make a hybrid.

That definitely shows in the Chevy Tahoe Hybrid. Just about every SUV and truck on this platform got a Hybrid variant in the late 2000s. Even though it really is a hybrid, the engine is still the same old 6.0-liter V8. As a result, fuel economy improvements were negligible to say the least, and the same problems that plagued these SUVs and trucks were still very much present.

Peugeot is returning to LeMans very soon with the 9X8 hypercar. As a result of this, they decided to get back into the performance car game once again. Even though we know Peugeot for their fantastic hot hatchbacks, their latest effort is something different; a fast sedan and hybrid.

The 508 PSE (Peugeot Sport Engineered) is a plug-in hybrid performance sedan, with a total system output of 360 hp. The 1.6 turbo and the electric motor drive all four wheels, and Peugeot is pitching it as a serious rival to the Kia Stinger and BMW M340i. In terms of looks, you could argue that it trumps both.

Frankly, it’s unfortunate that the LC is not doing very well for Lexus. Launched back in 2018, the LC is intended to be a personal luxury car, a proper two-door coupe with a naturally aspirated V8 and a perfect balance of comfort and handling. Well, that’s the case with the regular LC500.

This being Lexus, a hybrid version is also available. Not many people care for the regular LC, but that’s especially true of the LC500h. Instead of the V8, the 500h gets a V6 and an electric motor, and this whole setup hampers the LC’s abilities and its whole purpose, as well as adding unnecessary weight and hiking the price.