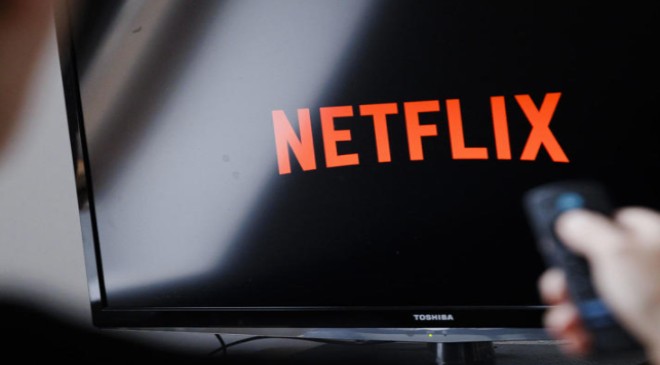 Looking for the Top 10 TV Shows on Netflix now? Well, you’re in the right place! Despite the streaming service launching the trending list earlier this year, which reveals what the Top 10 most popular TV shows are on a daily basis, it’s not easy to find that list on Netflix itself without digging into it a little bit. We’re here to help streamline that process.

This week, there’s been some change-ups, with shows that were in the Top 10 last week now nowhere to be seen this time around. As of right now, the holdovers on this week’s list include the final bow from Ozark, the freshman season of legal crime drama The Lincoln Lawyer. Of course, Cocomelon has also continued to enjoy its return at a very firm slot in the latter half of the Top 10. There’s also All American and Nickelodeon’s Teenage Mutant Ninja Turtles animated series still hanging on, and although Season 4 of Stranger Things debuted in a much lower slot, it continues to hold the #1 position in the second full week since its initial release.

Newcomers to the Netflix Top 10 this week include the return of reality competition show Floor Is Lava, emotional thriller series The Perfect Mother, teen surfing drama Surviving Summer, and true crime docuseries Keep Sweet: Pray and Obey, an investigative look into the polygamous sect of the Fundamentalist Church of Jesus Christ of Latter-Day Saints led by Warren Jeffs. Calling this a particularly eclectic Top 10 would be an understatement!

Stay tuned to see how the Top 10 changes on a weekly basis, but for now, here’s the Top 10 as it currently stands today:

Check out the Top 10 most popular TV shows on Netflix list below, along with a brief synopsis of just what the heck it is that everyone’s watching. For a more curated and longer list, check out our list on the Best TV Shows on Netflix. And for the Top 10 Movies currently available, go ahead and click on that link.

When her daughter becomes a murder suspect, Hélène enlists the help of Vincent, a lawyer and an old flame who works to shed new light on the case.

Learn letters, numbers, animal sounds, and more with J.J. in this musical series that brings fun times with nursery rhymes for the whole family!

Floor is Lava is back with bigger obstacles, higher stakes, and even hotter lava. New this season – a huge and very slippery volcano that takes the competition to the next level. Watch out!

A ninja master and the mutated turtles who were once his pets rise from the sewers of Manhattan to fight evil alien forces that threaten the city.

Ozark is a thrilling drama set in the present-day and follows the Byrde family’s journey from their normal, suburban Chicago life to their dangerous criminal enterprise in the Ozarks, Missouri. The series explores capitalism, family dynamics, and survival through the eyes of (anything but) ordinary Americans.

A rebellious American teen finds family, friendship and the perfect wave after landing in a small Australian surfing town in this tween drama series.

Mickey Haller (Manuel Garcia-Rulfo), an iconoclastic idealist, runs his law practice out of the back seat of his Lincoln, as he takes on cases big and small across the expansive city of Los Angeles. Based on the series of bestselling novels by renowned author Michael Connelly, the first season is based on the second book in The Lincoln Lawyer series, The Brass Verdict.

In 2008, a dramatic raid at the Yearning for Zion Ranch in West Texas generated attention around the world, as law enforcement agents uncovered stunning evidence of sexual, physical and psychological abuse and took 400+ children into custody. Keep Sweet: Pray and Obey, directed by Emmy and Peabody Award-winning filmmaker Rachel Dretzin, gives viewers an in-depth look into the secretive polygamous sect of the Fundamentalist Church of Jesus Christ of Latter-Day Saints (FLDS) and the rise of self-professed prophet Warren Jeffs. The four-part documentary series features never-before-seen archival footage and harrowing personal stories from some of the courageous women and men who escaped. From forced underage marriage and pregnancy to a complete unraveling into an oppressive criminal cult under Warren Jeffs’ rule, the story uncovers extraordinary bravery battling tyrannical control in modern America.

It’s been six months since the Battle of Starcourt, which brought terror and destruction to Hawkins. Struggling with the aftermath, our group of friends are separated for the first time – and navigating the complexities of high school hasn’t made things any easier. In this most vulnerable time, a new and horrifying supernatural threat surfaces, presenting a gruesome mystery that, if solved, might finally put an end to the horrors of the Upside Down.